To vote or not to vote: The ethics of voting for an unethical Democrat in the Trump era 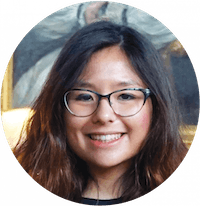 I knew heading into last Tuesday’s midterms that the odds of electing a decent human being to public office were slim to none when the only choices for my Senator were Bob Hugin ’76 and Bob Menendez. The former — despite his insistence to the contrary — has financial ties to perhaps the most corrupt, morally reprehensible president in U.S. history. Meanwhile, the latter is best known for having been indicted on corruption charges, though his name is synonymous with a wide variety of scandals.

As a first-time New Jersey voter this year, I faced a serious ethical dilemma when I stepped into the booth to cast my ballot. What did my vote even count toward if I truly believed that neither my party’s candidate nor his opponent were worthy, based on their conduct and personal qualities, of being elected to the Senate?

Looking back, there is something truly disappointing about the notion that even though I voted along party lines for Menendez as a Democrat, I only did so because I saw him as the lesser of two evils — the other evil being Trump, not even Hugin. And, given my deep disdain for the current administration, Menendez, simply by not being a Trump supporter, just barely scraped by the pretty low moral bar that I had set. By voting for Menendez, I voted against my better conscience. I voted disingenuously for an unfit individual who still does not represent my values and in whom I have little confidence to be a trustworthy legislator in the future.

Frankly, the moral bankruptcy of both Bobs on the ballot contributed to my apathy towards voting by confirming that my vote was unethical at worst and meaningless at best. Furthermore, it is hard to imagine how my vote will have any good effect whatsoever on improving the quality of individuals in the Senate, who are responsible for deciding on the moral-based laws that we must abide by. I wonder, would I have been better off not voting at all?

Generally, whenever I am asked to make a political choice that affects others, I know that I have a normative duty to my fellow citizens to help elect morally upstanding lawmakers who have a genuine interest in improving the quality of life for all people. If I am impeded from doing so because I am limited in my choice of candidates, then it seems reasonable to think that there is no advantage to voting for either candidate.

Taking this logic into account, I realize just how easy it might be for the average potential voter to willingly forfeit their democratic privilege and rationalize a decision not to vote, especially if they come to think that voting is ineffective. After all, the act of voting against Trump’s politics for any alternative can be — as in my case — still ironically antithetical to the realization of the goal of electing sincere, trustworthy politicians to office.

In retrospect I consider the results of Tuesday’s election a loss for this very reason, as I am sure a solid number of fellow New Jersey Democrats do. My biggest political concern for this election was always the moral character and capability of my elected officials, yet by voting, I enabled political corruption in one of the highest, most important offices of this nation.

More than ever before I am aware of the power and significance that my vote has in such a polarized, partisan era of politics, and especially in such a close race as that which emerged between Menendez and Hugin. I’ve come to the conclusion that by voting simply for my party’s candidate, right now, I am not necessarily voting for them as an individual. Rather, I am contributing manpower to the Democrats’ bulwark against the threat of a Republican-dominated government that will be more easily manipulated into carrying out the whims of Trump.

In short, I fully recognize that I could not have afforded to not vote last Tuesday if I wanted to prevent at all costs a victory for Trumpism; having accomplished this goal, at present, I have no regrets and am satisfied that my vote for Menendez at least helped to propel the “blue wave”, no matter how minor it was. However, I still am perturbed by the moral hypocrisy underlying my vote. I only hope that in the next presidential election, I will not face the same ethical dilemma and will be able to vote with confidence for candidates whom I can trust and rely on to represent my values.

Hayley Siegel is a junior Philosophy concentrator from Princeton, N.J. She can be reached at hsiegel@princeton.edu.