Globalization: The act of commodifying culture 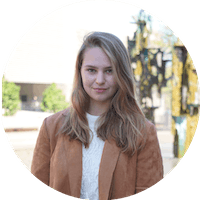 As fall break ended and classes began again, all around campus a predictable question started conversations. “So, where’d you go?” For some, Princeton was the perfect retreat, while others took the week as an opportunity to fly away from the familiar gothic architecture and forget about the homework that probably should have traveled with them. I decided to get as far away from the New Jersey fall as possible with a trip to Madrid to both practice my Spanish and better understand the culture I had been learning about for the past two months in my SPA 105 class. However, traveling outside the United States presented its own question: “What makes [insert common tourist location] so special?”

Any trip to a foreign country is a worthwhile and memorable experience. However, it has become increasingly easy to forget you’re not at home until you look at a street sign written in a different language. Nowadays, places like Spain, France, and Italy all share the same tourist-focused characteristics of easy access activities and uncomplicated interactions that make it hard to treat your vacation like a new adventure in an unexplored world. With the tourism industry accounting for almost 3 percent of the world’s GDP, countries are more focused on how to cater to the whims of their tourists and less on how to maintain an authentic identity. Thus, unless you seek it out, a country’s unique culture doesn’t present itself the moment you step off the plane. Souvenir shops may sell gifts specific to a region or a city, but they are soulless and over-manufactured. An intricately designed fan from Spain loses a certain amount of charm when you realize it was actually made in China, and that you can buy an identical version in four different stores, all a half block from each other.

Today, being a tourist means you can simply line up for all the basic attractions — such as museums, churches, and monuments — and leave with only a smartphone full of photos. Whereas I once believed people traveled with genuine curiosity and interest in learning about a country and its specific culture, I’ve now found that people are more excited about curating the perfect Instagram post than understanding what makes that place distinct. In 1968, James Michener wrote in his book, “Iberia,” “So many tourists have gone abroad with no preparation which would enable them to appreciate what they were able to see and no humility to make them approach the country on its own terms.”

When tourists do visit sites that display important aspects of culture — like works of art by famous local artists — they lack conscious comprehension as to why those features have helped to define the people. Following my trip, I’ve asked people why an artist like Goya represents so much of Spanish history and identity, and many can’t even tell me the origin of his series of Black Paintings. But did they see them when they visited the Prado Museum in Madrid? Of course; they’re famous paintings, and yet there was little time spent learning why they’re so important and well-known.

I admit that we feel more comfortable engaging with countries that share similar customs and attitudes, but that shouldn’t prevent us from studying places in Asia, the Middle East, and beyond. However, these countries are also not immune to commodifying their cultures. My friends who have visited China return with at least one “designer” bag. The effects of globalization are obvious: countries and their peoples are losing their individuality in exchange for a singular, commercial identity.

Have we encouraged so many global connections that we’ve forgotten how people used to travel to new locations to encounter culture, people, language, and traditions different from their own? Have wealthy superpowers like the United States and China pressured smaller countries to adapt their tourism industries in favor of lazy comfort rather than encourage immersion, all in the name of economic development? For example, chain brands like McDonalds, Starbucks, and even Five Guys can be found around the world, providing tourists with easy access to “safety” food that does not require going outside the comfort zone and placing faith in traditional cuisine. Tourists are no longer required to interact with foreign food, language, or people abroad, unless they choose to.

At Princeton we are taught to take international context into consideration in all of what we study. Programs such as Bridge Year and Study Abroad encourage us to explore beyond our borders. We strive to be global citizens who acknowledge that cultural differences are necessary to have diverse and well-rounded populations. However, I worry we may fall victim to 21st-century commercial tourism, in which we aren’t required to do more than walk through an exhibition. Although we may have practice in being conscious consumers, it’s easy to believe you better understand the international landscape purely because you walked across a particular bridge in Paris that one time and ate a croissant under the Eiffel Tower.

I propose a challenge to the reader: the next time you go on vacation to a different country, don’t forget to seek out its rich history and interesting heritage. Treat it like you’re doing research. Don’t think of it as an assignment, but just go with the mindset that your trip will not be complete unless you directly engage with the culture there. Ask people questions; get to know a city through the eyes of someone who lives there. Granted, it can sometimes be daunting if you don’t have a good grasp of the language — or any at all — but, more often than not, locals are patient with those who are sincerely curious. Why else did you travel if not for the thrill of uncovering something new about a group of people and a place you may not know much about?

Brigitte Harbers is a first-year from New York, N.Y. She can be reached at bharbers@princeton.edu.

The Great Recession strangled the humanities. Will coronavirus deal the last blow?

The Great Recession strangled the humanities. Will coronavirus deal the last blow?