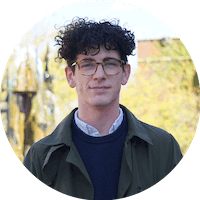 Over fall break, I travelled to Israel and the West Bank with fellow classmates and professor as part of a seminar on the history of the region. While on the trip, I was able to do something that, for some reason, had been oddly missing for much of my life and education: I interacted with Palestinians. I was able to challenge my own politics and narratives and was forced to see them in a broader context. I began to question why that up to this point my Jewish education and upbringing allowed almost no way for me to engage with Palestinian voices, despite my plethora of opportunities to engage with Israel in an “apolitical” way.

For example, each year, the University’s Center for Jewish Life sends students on Birthright trips to Israel. Birthright is an educational program on many college campuses that provides Jewish students with a free, 10-day trip to Israel in order to foster a connection with the Jewish state. In many ways, I appreciate Birthright’s efforts to help cultivate Jewish youth’s relationship with Israel.

However, amidst the camel rides, nights out in Tel Aviv, and frequent falafel runs, there is one glaring component missing from the Birthright itinerary: Palestinians. Palestinians are a large group of people living under Israeli occupation, and ignoring them does a disservice to any program claiming to provide Israel education. Birthright policy prohibits Palestinians — even Arab Israelis — from speaking on campus trips, thereby omitting and erasing any kind of Palestinian narrative on the 10-day educational program.

Many will argue that Birthright is an apolitical trip, saying that the trip seeks to provide engagement with Israeli and Jewish culture rather than its politics. For participants and even many trip organizers, including the Center for Jewish Life, Birthright is a trip that stimulates Jewish religious and cultural connection to Israel. While it might appear easy to dismiss any political concerns surrounding Birthright, we must realize that Birthright is very politically motivated, and that claiming to be apolitical is an inherently political gesture.

Apoliticism accepts the nature of politics as they currently are and allows right-wing actors to perpetuate the Israeli occupation. In other words, any discussion of Israel that relates to the occupation is considered political and divisive, yet ignoring the occupation, or even accepting it, can be falsely deemed apolitical. For example, when J Street U Princeton brought the Israeli organization Breaking the Silence to campus almost two years ago, J Street student members were labeled disruptive and upsetting. Further, when students do not hear from Palestinians, it becomes more difficult to imagine Palestinians as human agents. Instead, we Jewish students are forced to imagine Palestinians as they are presented by right-wing actors.

Birthright’s “donor-centric model” serves many explicitly political donors who fund many right-wing groups and other right-wing powerholders. Such donors include Sheldon Adelson, a casino magnate who made nearly $83 million in donations to Donald Trump and other Republicans and is a strong supporter of the right-wing Netanyahu government in Israel.

So long as Jewish youth are not interacting with Palestinians, things like demolitions of villages will more easily take place under the radar. The Palestinian village of Khan Al-Ahmar continues to face the threat of demolition by Israeli forces and forced eviction from their homes. The demolition has consistently been delayed due to public pressure from the international community and student activists, yet the Jewish community’s silence regarding Khan Al-Ahmar remains deafening. That silence is aided by the fact that Jewish students, who could be in a position to challenge that silence, have never meaningfully connected with Palestinians or heard their narrative, and Birthright is enabling such an erasure. Not only are Palestinian narratives erased on Birthright, but Palestinian homes are physically erased as demolitions in the West Bank and East Jerusalem continue.

With this in mind, how can we make Birthright a program that properly connects Jewish youth with Israel, including its politics? We can start by calling for the University’s Birthright trip to have a Palestinian speaker, specifically someone from Area C of the West Bank, which is the region under complete Israeli control, and can speak to the realities of military occupation. The organization J Street U Princeton, of which I am a leader of on campus, has begun a campaign that calls for this addition to trip itineraries, including a petition that calls on the Center for Jewish Life to add such a speaker.

The Center for Jewish Life provides alternative trips to Israel that allows students to connect to Israel in such a way, such as the upcoming Inside Israel trip led by Wilson School professor Daniel Kurtzer. I am excited to be a part of this trip’s delegation, but I must also question why this trip – one that allows students to politically engage with Israel – is the exception to the regular (and free) Birthright trips.

Right-wing politics will make us feel like there is nothing we can do – that we are powerless. In the past, I and many others have chosen to accept the politics as they currently are. We are made to feel alone in our politics, which makes it easier to label us as divisive. This feeling can eradicate any hope for political change a student might have – I speak from experience. Yet, when we organize our own personal anger into a shared anger, politics can be moved. Just a few weeks ago, Lara Alqasem was freed from detainment after many students and activists organized around her. Khan Al-Ahmar continues to enjoy relative peace so long as we continue our organized efforts to prevent demolition.

We also have the power to make Birthright better. We need to push back against the dominant politics of the right and ensure that the Jewish community’s largest educational program in Israel does not seek to deny or obscure reality, but instead, meaningfully engages with the conflict and with Palestinians.

Avner Goldstein is a sophomore from Greenville, S.C. He can be reached at amkg@princeton.edu.