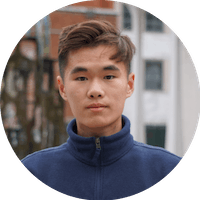 Starting this Thursday, Princeton will host the Intercollegiate Tennis Association Regional Championships for the Northeast division. In the main-draw singles bracket Princeton will be represented by first-year Karl Poling, sophomores Damian Rodriguez and Ryan Seggerman, juniors Payton Holden and Davey Roberts, and senior James Wasserman. First-years Bill Duo and Will Peters will compete in the qualifying singles group. Princeton also has three teams in the main-draw doubles section. Holden and Poling, Rodriguez and Seggerman, and Duo and first-year Justin Barki will play doubles matches beginning Friday.

This marks the first time in 11 years that Princeton has hosted the tournament, which features the best players from across the country. The Northeast region is the largest in the nation, comprising 34 programs, including all of the Ivy League colleges. Other notable schools include Bryant University, Wagner College, and St. Francis University.

“The bulk of the competition for the singles and doubles title will come from the seven other Ivy institutions,” said Head Coach Billy Pate. “All eight squads have spent time in the top 50 national rankings recently and it wouldn’t be unheard of to have four to five Ivy teams make the NCAA postseason this year.”

Two players from Princeton’s ITA Regionals team also competed in the Farnsworth Invitational this past weekend. In particular, Barki and Wasserman are coming off of strong performances from the invitational. Together with sophomores Noah Agarwal and Kabir Sarita, they helped lead Princeton to the tournament’s Flight Finals against Gardner-Webb and William & Mary.

“We were pleased with our results in the Farnsworth [Invitational] as we had four guys getting a high volume of play and lots of great experience,” Pate said. “Justin Barki, one of our four first-year players, had a great tournament in both singles and doubles.”

Indeed, Barki put up an impressive undefeated singles streak throughout the Farnsworth Invitational. Despite this strong showing, Barki remains pragmatic about the upcoming regional championship. “I do not have any expectations for this upcoming tournament because I know the level is very high,” he said. “I just want to perform my best and see how it goes.”

Matches for the ITA Northeast Regional last from this Thursday until next Tuesday, when the finals will take place for both singles and doubles competitions. All games will be played at the Lenz Tennis Center. In the case of rain, matches will be moved to off-campus indoor sites. The doubles and singles champions will qualify for the Oracle ITA Fall Championships, set in Surprise, Ariz. next month.

The team is confident about its prospects. “We’ve been putting in good work on and off the court,” Pate said. “We have four seeded players in singles — Seggerman, Rodriguez, Poling, and Roberts — who are playing well and have their sights set on doing well this weekend,” he said.

Princeton’s players echo this sentiment. “The coaches have done an excellent job training us and I feel Tiger tennis will make some noise this weekend,” Duo said.

We need to protect our international community

We need to protect our international community