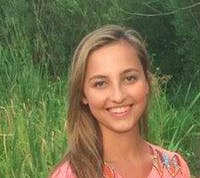 Starting this month, the same-sex partners of foreign diplomats or employees of international organizations in the United States will no longer have access to visas. Foreign diplomats and United Nations employees were notified last month about the policy change, informing them that they must either get married or their partners will have to leave the country. What a way to celebrate LGBTQ+ History Month.

In 2009, the G-4 visa, which served married employees of international organizations and members of their immediate families, was expanded to encompass same-sex couples. At this time, same-sex marriage wasn’t even legal, making it a relatively progressive decision. The 1996 Defense Against Marriage Act, which defined marriage as a union between a man and a woman, was still in effect and would not be struck down until four years later. The revised G-4 policy brought same-sex couples into the realm of marriage, redefining what a union or a family should look like. For 2009, this was a step forward. For 2018, the reversal of this policy is a step backwards.

Before 2015, same-sex couples didn’t have the option to get married, so insisting that gay diplomats get married would not have been an option either. It took decades for our government to recognize gay and straight people as equals and to provide homosexuals with the same rights. Now, the Trump administration is using these newly minted rights against them and in just two years, it has created another divide, under the guise of egalitarianism.

In countries such as Iran, Saudi Arabia, and Nigeria, gay people can face the death penalty on the grounds of Sharia law. In Chechnya, a republic of Russia, gay people are sent to gay concentration camps. Even in countries that allow same-sex activity like most of Central and Eastern Europe, there is no recognition of same-sex unions, same-sex marriage, or same-sex adoptions. By subjugating foreign diplomats to this ultimatum that could very well put their lives and their partners’ lives in danger, the Trump administration is choosing to turn a blind eye to reality.

The United States is aware that this new policy leaves most partners with no option but to leave their families, in a move which Samantha Power, former U.S. ambassador to the United Nations, calls “needlessly cruel” and “bigoted.” Trump has and continues to use the threat of family separation to fulfill his political goals. How can the United States expect to have meaningful conversations with foreign diplomats or gain their trust when we make decisions that only serve our own interests? The United States can’t impose policies that may work for us on people from other countries and call that equal or fair. We are burning bridges, and throwing our reputation into the fire along with it.

Democratic senators have urged Secretary of State Mike Pompeo to reverse the policy. Pompeo, coincidently, isn’t an ardent supporter of gay rights. He referred to the 2015 Supreme Court decision as a “shocking abuse of power” and has suggested homosexuality is a “perversion.” The United States is actively ignoring the fate of human beings across the globe, especially by placing that fate in the hands of a man who, if he had his way, would have most likely never given them certain rights in the first place.

The United States prides itself on being a free country, but when our own President and the administration with which he surrounds himself publicly accept and facilitate the mistreatment of the LGBTQ+ community, we are not making America great again. We are simply repeating injustices.