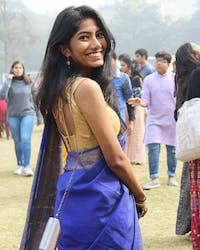 The notorious Yale psychology course, PSYC 157: Psychology and the Good Life, has swelled to sizes previously unheard of at the college, beating its own record from earlier in the year with 1,147 attendees at most recent count. PSYC 157, not yet blessed with the kind of snappy name Princeton students would undoubtedly have given it (think “Stars for Stoners,“ or, my personal favorite, “Bridges”). But the Yale course promises “psychological insights into how to live a better life and build a better world,“ as well as “scientifically-validated strategies for becoming happier.” These are lofty claims that raise obvious questions: what kind of psychological insight makes life better? How is science claiming to cure happiness? Although valid, these are questions that neatly sidestep the underlying quandary that this course, like most other manifestations of positive psychology, truly raises. What does “better” mean? What makes one really “happier?” These are questions humanity has grappled with for the better part of its existence, and while I staunchly believe that the answers shall someday be unearthed, I am skeptical that the site of this discovery will be in a lecture hall with nearly 1,200 people.

An obvious barrier, for instance, is the sheer number of students enrolled. The lectures themselves are held in Woolsey Hall, built to accommodate the entire class for performances like symphonies, which more commonly attract such large audiences. It requires 24 teaching fellows, drawn from places like Yale’s own graduate schools due to the lack of resources within the psychology department. This class size creates impersonality that permeates among the course staff and its students, reducing values as deeply personal as self-care and happiness to a traditional lecture give-and-take affair. A lecturer, even one as seemingly loved as professor Laurie Santos, is now empowered to dictate what happiness looks like for about a quarter of the University. The course is designed ostensibly to hand students the reins to their own lives, to center the authority for this self-improvement with the students themselves. However, the class size prevents the kind of individual interaction that it perhaps requires.

The syllabus itself, replete with studies from various psychological journals selected to offer scientific reasoning for quotidian student life changes, has also been critiqued. Many view the materials as self-evident, even banal instructions, and I agree. We are all aware, despite the occasional dissenting scientific study, that general opinions skew towards the dictate that seven to eight hours of sleep nightly are optimal. Or, similarly, that while the lack of wealth is an undeniable obstacle, money itself cannot buy you happiness. The problem with most campuses like Yale, and indeed Princeton, is a deeply embedded workaholic culture that prevents students from making time for self-care. Activities that are deemed neither productive nor essential, like exercise, reading for pleasure, or sleep fall by the wayside — even if we know they’re good for us. This fact is evidenced by the Yale course itself; one of the reasons it seems ideal is because, if self-care was part of my coursework, I would be more inclined (and less guilt-ridden) to pay attention to it. And truly, with assignments like clocking seven hours of sleep at least three nights a week, the course seems to recognize and accommodate this.

The fact that happiness is the subject of a course at Yale has yielded several perhaps humorous situations, contradictory to the ethos of the class. For instance, a couple of weeks ago, professor Santos joked about giving students D’s during one lecture. By the end of the day, the professor found herself inundated with emails and phone calls from students, college deans, and even the odd irate parent seeking clarification for the misunderstood joke. This ironic situation, comical as it may be, reiterates just how much students grapple with achievement anxiety – but also illustrates why a class is not the ideal method of dealing with this. To her credit, professor Santos has encouraged her students to take the class on a Pass/D/Fail basis, emphasizing that she intends it to be a holistic experience, not the high pressure affair associated with most other college courses. But even this advice, if heeded, ignores the inherent fallacy in reducing “the good life” to a midterm, a couple of research papers, and five in-class quizzes; it is a near impossible as well as inefficient proposition to indoctrinate a quarter of a university into contentment all together, especially on a graded basis.

Let us, as a counterpart school, take this phenomenon not as an example to be followed, but recognize the cry for help it truly is. College students are unhappy, or at the very least, not living what they view as “the good life.” Cognizant of the fallacies in approaching happiness as academics, the new phenomenon of positive psychology in colleges must be approached cautiously. Along the same vein as Professor Santos’s encouragement to approach the course on a non-graded basis, it is my belief that they ought to be neither required, nor graded. As with every other resource for mental health available on campus (from Counseling and Psychological Services to peer helplines), it is important for such a subjective and sensitive topic to be as individualized as possible. Professors and students have the liberty to explore such fields and thus I would not recommend Yale to cancel this course. However, to caution ourselves against creating more stress in the name of its removal, it is an easy and substantial fix to make the class a compulsory P/D/F, especially if ever implemented here at Princeton. The pursuit of knowledge should not be notoriously debilitating (as it is today) and riddled with unhappiness. This course, a new trend on the long list of resources available to college students battling unhappiness, can be a valuable one if only a few tweaks are made.

Aparna Shankar is a first-year from New Delhi, India. She can be reached at as78@princeton.edu.