The ballot: Game-changer or sideline player? 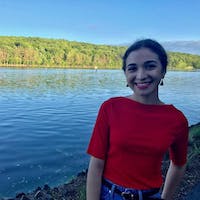 It’s daytime, Oct. 18, 2016, and almost every news station is counting down to the next day’s presidential debate. Now, it’s nighttime, and the post-debate news coverage blares on into the morning light. This was the U.S. media reality a mere year ago; so many of us were enthralled by the political vortex of the campaign season. Why, then, did so many of us leave the vortex when the objective of this campaigning was finally realized on Election Day? Merely tweeting our political perspectives from home but failing to participate in politics at the polls on the day it counts leaves the activist job unfinished. The time is near for yet another chance: The New Jersey gubernatorial elections on Nov. 7 are quickly approaching.

In 2012, the voter turnout rate was around 57.5 percent; in that same election, only 19 percent of the electorate were voters aged 18–29. Last November, around 58 percent of eligible voters actually voted; this time, the voter turnout rate for millennials was only 49.4 percent. With each presidential election, young people consistently have the lowest voter turnout rates, due to an apathetic or even hopeless attitude towards politics. But, I believe that all eligible U.S. citizens, young people included, should vote because it helps ensure their political desires will be represented in government.

What plagues young voters is a disengaged attitude toward politics. While social media feeds might suggest otherwise, youth are not heavily involved in politics, as they vote at notoriously low rates. Most young citizens simply feel that their vote is not impactful enough to warrant an hour in line at the polls, and some even view abstaining from voting as a personal decision rooted not in civic duty, but in individualism in response to the system of government.

The problem with this is that with relatively few votes from young citizens, the results of elections will not accurately, or at least to the ability of the winner-take-all system, reflect the overall political desires of the nation. For instance, the outcome of close elections could be heavily swayed by these missing votes. This holds true at the federal, state, and local levels of government, alike.

The missing voice of youth on the U.S. political stage is also problematic beyond election season. Without the votes of young people, the voting population may elect officials that do not reflect the political desires of young citizens. And this also prompts us to ask: Why don’t adults and the elderly also press that their voices aren’t represented in government? True, some may maintain that it is because there are clearly adult officials in government that are inclined to serve the interests of the demographic spheres of which they are a part.

However, government officials will never be driven to consider the desires of young people if young citizens continue to demonstrate a lack of engagement with and care for politics. Logically, candidates running for office may take notice of the historical tendency of low voter turnout rates among youth. With this, they may neglect to focus on and appeal to the United States’s younger population in campaigning and in policymaking. Young citizens may grow disenchanted with this tendency, but it is difficult to chastise an administration for ignoring our needs if we are to remain idle on Election Day. In voting for candidates who reflect our political interests, we ignite the path to an administration that works in our favor.

It is important to recognize: Changes of administration greatly impact American reality. For instance, the elected president has the power to select Supreme Court justices. The political leanings of these justices are instrumental in making decisions with social outcomes that directly affect us (e.g., decisions on free speech, who can serve in the military, etc.). Additionally, the policies made under each administration have the potential to benefit or restrict our daily lives, a most notable and recent example being the Affordable Care Act, also known as Obamacare.

Although voter turnout rates are especially low in gubernatorial elections, this upcoming New Jersey election could prove different. With two new candidates representing the major parties, the fate of New Jersey is in your hands. You’ve got to play the game of politics to win it.

Sabrina Sequeira is a first-year from Springfield, N.J. She can be reached at sgs4@princeton.edu.