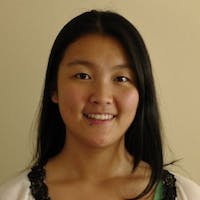 By the time fall break rolls around, most of us will be slumping out of midterms and heading straight to bed. But these five Princetonians have planned ahead and won’t be. Hear from them as they offer a snippet of how they are planning to spend this much-needed fall break.

Nick Wu ’18 is a Wilson School concentrator and hails from Grosse Pointe Shores, Michigan. He serves as Head Opinion Editor for The Daily Princetonian. During break, he will be heading to Winnipeg with a journalism class called International News- Migration Reporting, taught by Deborah Amos.

DP: Why are you going to Winnipeg?

NW: I’m going to Winnipeg to learn about refugee resettlement as part of my journalism class. We’re going to spend a week in the city traveling to different sites and interviewing refugees and other migrants in preparation for our final project. The whole point is to learn about Canada’s private refugee sponsorship program, something that the United States doesn’t have.

DP: How does this project tie into what you're doing for your thesis?

NW: I’m writing my thesis about legal protections for child migrants (or lack thereof). Not sure what I’ll be able to learn about that in Winnipeg because I’m not specifically focusing on Canada, though.

DP: What is a proverb you’ve learned regarding journalism?

NW: Listening is a virtue.

DP: Will you be donning your fanny pack and touring the area or is it just work, work, work?

NW: I’ll be working mostly, hopefully finding some time to do a little sightseeing.

[Akiti looks forward to hanging out with her brother during fall break.]

Korlekuor Akiti ’19 is a rising junior from the suburbs outside of Minneapolis, Minnesota on the pre-health track. Outside of class, she spends her time in the McGraw Center for Teaching and Learning as a Learning Strategies Consultant and on the field with the Women’s Club Soccer team. Akiti serves as an RCA and Peer Health Advisor in Forbes.

DP: What will you be doing for fall break?

KA: I’m not entirely sure what my fall break plans entail, but I think I’ll be on campus for most of it. Being on campus during breaks is the best; we get all of the perks of campus and none of the stress.

DP: Can you tell me about some of the perks of campus?

KA: It’s so beautiful, especially in the fall; you can check out all of the cool restaurants and shops on Nassau street, and walking around campus is amazing without the stress of midterms. Also, people often do day trips into New York City or Philly or go to Terhune and other local places.

DP: What are you specifically looking forward to?

KA: I have some friends I haven’t seen much this semester that I’m really looking forward to spending time with, and I hope to make a trip into the city since I don’t go very often. I’m also excited to hang out with my brother since we’ll both be here.

[Kindred Spirit on Watauga Lake, Cherokee National Forest in Tennessee for their last day of their 2016 fall tour.]

Owen Smitherman ’17 serves as an intern for Princeton Christian Fellowship and once headed Kindred Spirit, Princeton’s nondenominational Christian a capella group. He now manages relations between current KS members and alums. This fall break Owen and other KS members are traveling to Texas on tour.

DP: Where is Kindred Spirit going this fall break?

OS: Deep in the heart of Texas: Austin!

DP: What is Kindred Spirit doing in Austin?

OS: We are seeking to encourage the body of Christ by praising God and spreading the gospel through song. We're singing at a variety of different locations, from schools to churches, the Texas Capital, and a soup kitchen.

We'll also be enjoying the sights and scenery of Austin: paddle-boarding on the lake, tasting great Texas BBQ, and country-western dancing.

DP: What is one misconception about Austin that you found completely false?

OS: From what I observed, many people think of Austin as kind of hipster and alternative with a great deal of non-mainstream culture. But the last few years have turned it into such a dynamic hub with lots of tech industry and political influence.

Also, the city is beautiful and has some of the best food I've ever tasted.

OS: Members of KS get to sharpen their craft of singing and praising God and glorifying Him through song. We hope audiences feel uplifted and encouraged by our music. It's a fun way to go somewhere and take a break from the intense demands of the Orange Bubble.

[Olsen enjoys the view from a mountain in Santa Barbara.]

Lily Olsen ’21 is a Forbes resident hailing from Santa Barbara, California. She is a James Madison Fellow and enjoys doing community service in her free time.

DP: Why are you excited for fall break?

LO: During fall break I will be back in my hometown, Santa Barbara, California. I can't wait to swim in the ocean. Since I'm not used to the cold and expect to be inside a lot in the next few months at Princeton, fall break will be a nice time for me to enjoy the outdoors with my friends and family.

I’m excited for the mangos you can get in Southern California. Since I’ve been in Princeton, I haven’t been able to find mangos as good as the ones I buy in my town.

DP: What are some of the things you like to do in Santa Barbara?

LO: One of my favorite things about my town is the abundance of opportunities to spend time outdoors. The landscape in Santa Barbara, from the jagged rocks in the mountains to the endless miles of beach, is dramatic and seems to characterize the whole town. It is sunny most days of the year.

I'm excited for the time I will spend in the mountains in Santa Barbara. When I'm there I go hiking multiple times a week. Santa Barbara's mountains provide such a unique perspective, as hikers can look down on their town, the ocean, and the Channel Islands.

Santa Barbara has such a different lifestyle from what one finds in Princeton, though I am definitely thankful for both. Princeton is beautiful in different ways than my hometown is and I love becoming acquainted with the parks, farmlands, and running paths around our university. I love seeing the leaves changing color.

Rohan Shah ’20 comes from Robbinsville, New Jersey and is a resident of Butler College. He is part of the Breakout trip going to Baltimore, Maryland led by Jonathan Haynes ’20 and Jasmine Young ’20 to explore the issue of gentrification.

DP: Tell us more about Breakout.

RS: In fulfilling the mission to serve humanity, Princeton University organized Breakout to allow students to explore pressing social and cultural issues through a full week of immersion. Essentially, students are placed in groups with two co-leaders (generally older students who have previously attended a breakout trip) and spend the week in a city to explore the issue. There, students meet community leaders, participate in service activities, and have discussions about the importance of the topic. Breakout is also a strong bonding experience — you live and cook with your group through the entire week! I am definitely excited for a fun week!

DP: Does your interest in Breakout have an origin story?

RS: I spent the summer in Cambridge, Massachusetts — a city ripe with gentrified spaces but also flush with historic charm. Cambridge, as you may know, is one of the oldest cities in the United States — settled long before American independence. Whether it be walking alongside the Charles River or exploring old neighborhoods, I always found Cambridge to be positioned squarely between old and new.

During my stay, I started to weigh the pros and cons of gentrification on a city as a whole. In Cambridge, an outpouring of intellectual talent from Harvard University, MIT, Northeastern, and Boston University, among others, paved the way for an incredible entrepreneurial culture. Essentially, the gentrification has produced a positive feedback loop capable of transforming the city in less than a decade.

Yet, gentrification has also razed many historic neighborhoods, displaced the culture of one of America’s oldest towns, and produced an economically thriving but seemingly unrecognizable Cambridge. Ultimately, the very composition of the communities in Cambridge have changed.

With my summer experience in mind, I decided to apply to Breakout to understand this dynamism in another context — in the context of Baltimore. I had heard that Breakout was an amazing way to spend a break but also potentially learn about a societal issue!

DP: Does it tie into projects you’ve been interested in at Princeton?

RS: Breakout does not really tie into any of the projects I’m interested in at Princeton, but I think that’s the beauty of the program as well — it makes you step outside your comfort zone completely and see an issue you would probably forgo otherwise. Breakout family (as it’s called) also doesn’t end with the trip. Breakout trip groups continue to meet after the trip is ended and many go on to champion the mission through leadership positions at the Pace Center and other organizations.