On the Catalan question 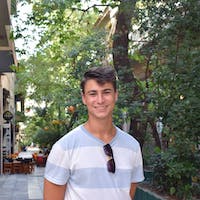 I’ve never heard Catalonia being discussed so much here as I have in the past few weeks. My parents are from Barcelona, and I lived there for a bit, so I’d like to offer my view on the Catalan procés so far. As a disclaimer, I am pro-independence; however, I will not be arguing for independence. Instead, I want to discuss how the process has been carried out so far, and why President Rajoy and government in Madrid are currently in the wrong.

The first main objection I hear to the whole Catalan dilemma is that there’s no reason for them to separate, and so they have no right to vote on the issue. I’ve heard people liken the process to “as if California decided to hold a referendum because of its GDP.” Yes, Catalonia has the highest GDP in Spain, and more taxes go out to Madrid than are sent back in, but no, I can assure you it goes far deeper than economics. Rarely do countries become independent solely due to economics. I invite people who think it’s solely a money issue to open a book and read about Catalonia. It has a rich history that goes well into beyond the middle ages; it has a vibrant culture that distinguishes itself from Spain’s through language, music, tradition, and much more. More importantly, it has an anti-monarchist and anti-fascist tradition that markedly stood out in the 20th century. My point is that there is such a thing as a Catalan identity—and in these past 15 years, it has grown politically.

Another question: Since when were regions not allowed self-determination? Do Americans forget what Wilson fought for after the first World War? We’re talking about a basic democratic right here. It’s a contradiction to call yourself democratic and not allow for self-determination. It’s even more of a contradiction to call yourself democratic and beat up people who are trying to vote (more on this later). And no, self-determination does not mean having Spain as a whole vote on the issue (I have also heard this), for there is a “self” in the term. I would expect any politically modernized country to allow for this, but I guess that’s why Spain isn’t like the UK (remember the Scottish referendum?); 36 years of fascism leaves pretty lingering wounds.

The biggest objection to the Catalan question, however, is that it’s unconstitutional. Nowhere in the constitution does it allow for self-determination, and so the Catalans don’t have a right separate. Even funnier, some people will claim that the Catalans willingly accepted the constitution in 1978 and so it’s hypocritical to want to separate now. Both of these claims are featured in a brilliant article from the Economist I recently read: “Why the referendum on Catalan independence is illegal." This in itself is not wrong. The problem is the assumption that follows: because it’s illegal, they don’t have the right to vote.

First, the Catalans were in no position to reject the constitution of 1978 because it came after decades of a Falangist government that had done everything in its power to suppress Catalanism. (A wonderful example is how Catalan, as a language, became prohibited. The repression goes far beyond this, sadly.) What a surprise then that the Catalans accepted this constitution! Also, do we seriously believe that, after 36 years of a dictatorship that openly supported the Nazis and Mussolini, the Catalans were now going to reject a constitution that didn’t allow for “self determination”? At that point, any step toward democracy would have been accepted. The Catalans accepted what they could. How do you think Madrid would have responded if, instead of approving it, the Catalans had sent back the constitution and asked for a clause that allowed for referendums?

And so for the follow-up: because something is illegal, that does not necessarily make it unethical. The logic is that, because of this constitution, Catalonia is in the wrong. I believe it’s the other way around, and I would argue that in 2017 it is an embarrassment to modern politics when a Western European country sends its police force to beat up voters (see the images yourself), even if the vote is illegal. This is a pathetic cop-out of an excuse, and it’s shameful that the EU hasn’t done more to condemn what happened in Catalonia on October 1 (when voters went out to vote in this referendum; police sent from Madrid responded with violence). You can argue that the Catalans don’t deserve to vote, you can argue that they’re political hypocrites, but to be an apologist for any form of state violence is sad at this stage. To those so bent on legality, it’s funny that the Spanish police used rubber bullets against voters—ironically, that’s illegal in Catalonia.

Imagine that in the build-up to October 1, 2017, Spanish President Rajoy had decided to sit down and negotiate with the Catalan president, Puigdemont. Imagine if he had granted the Catalans the right to a legal, binding referendum. The reality is that the Catalans would have totally accepted that. In other words, had they been able to propose a legal referendum, they would have done so. But this option was not given. Instead, Catalans were given the option to either vote and risk being hit by a baton, or stay home. What a surprise that the turnout was so low! My 90-year-old grandfather certainly wasn’t convinced by the whole police option, so he decided to stay in his flat.

The fact that the turnout was above 40 percent is incredible considering that police injured over 800 people. And the truth is, I would love to see Catalonia have a legal referendum. But that’s precisely why I (and so many Catalans) want to separate: because we our country won’t even give us this option. We try to negotiate, it responds with the baton. Rajoy has ignored the Catalan problem and let it fester over the years, and look at what it’s turned into.

Spain is not as monolithic as people think it is — just as the Catalans want autonomy, so do the Basques. The constitution calls for the “indissoluble unity of the Spanish nation,” and that’s certainly how Spain is perceived here. Still, regardless of the misconceptions, I’m happy people are finally talking about the Catalan question.

Jan Domingo Alsina is a sophomore from Princeton, N.J. He can be reached atjalsina@princeton.edu.