This Friday, I arrived at the American Repertory Ballet and Princeton Ballet School studio at the Princeton Shopping Center about 15 minutes prior to its run-through of “Pride and Prejudice,” Douglas Martin’s full-length ballet based on the classic novel. I was politely asked to move my chair five times before the run-through began, as the stage managers, directors, crew members, and dancers raced around me to make sure everything was ready and in its proper place.

In one corner of the studio, a woman resewed her pointe shoes while two women argued over who was in charge of helping Mr. Bennet with his quick change. Some dancers marked through their choreography on the sides of the dance studio, while others helped carry and hang various props and costumes as I tried to remain as out-of-the-way as possible.

This excitement and energy from so many moving parts coming together finally culminated in the stage manager’s yelling, “Ladies and gentleman, places please for the top.” The chaotic energy settled down as the dancers moved to their opening positions and the production staff settled into their designated seats for the run. The recording of the overture music was cued and the ballet began. The dancers immediately transformed the nervous energy that had preceded the run into seemingly effortless composure as they began to perform.

Featuring the choreography of Artistic Director Douglas Martin and live orchestral accompaniment by the Princeton Symphony Orchestra under the direction of John Devlin, “Pride and Prejudice” will premiere at McCarter Theatre on Friday, April 21. The ballet brings to life the story and iconic characters of Jane Austen’s classic novel, written in 1813.

While at the American Repertory Ballet’s rehearsal, I had the opportunity to speak with English professor and Austen scholar Claudia Johnson. “I think the idea of dance springs very naturally from the text. Many people will say, ‘Why on earth would you want to make “Pride and Prejudice” into a ballet?’ and I actually think it makes perfect sense to try to do that. And in some ways it might be even more effective than the movies themselves because the dances are in large [part] to convey that emotional intensity through the bodies instead of through some mangled script,” she said.

Martin worked with his dancers to capture this emotion by reading actual lines from the novel during his choreography rehearsals, using the words to inspire the emotions of the dancing. He also began listening to music for the show about three years ago to carefully create a score that would reflect the emotional trajectory of the novel.

Martin said, “I created a score that I worked very hard on to try to explain the emotions everyone’s feeling at the different times. I basically had to tell the entire story through the sound of the music until I was satisfied that you could sit there and listen to it and understand the story with just the gestures and the relationships of people. So then when I add the dance on top of that, it’s just compounded so it’s not reliant on the dance itself trying to get this massive story told.”

To achieve this Martin used bigger symphonies to accompany the big sections of the ballet and then, “as the story matures we kind of get into these small groups of people, these relationships between two people and four people, and that’s what happens to the music; we start getting duets and we start getting string quartets.”

Throughout the run, I sat next to the stage manager as she called out various cues such as “fancy chandeliers go in,” “sound cue out, conductor go,” and “stand by on front screen,” leaving me even more excited to see how the final product of this ballet will bring Austen’s timeless words to life. As I watched the ballet, even in its unfinished state, stripped of a set and stage that adequately matched the grace and elegance of its choreography and dancers, I felt the way it was able to visually capture the essence of “Pride and Prejudice.”

As Shaye Firer, who plays Charlotte Lucas, told me, “Movement is open to interpretation, so if the choreographer choreographs certain moves it can create a story in itself without needing the dialogue. So if it’s done properly then you can see the story and you don’t need the words. If you form the story correctly on stage through movement then you can see it instead of hearing it.”

And maybe the ballet does even more than merely retell “Pride and Prejudice” through a different medium. Maybe telling the story through movement allows the audience to see and experience the story in a way that is different and new from the experience of reading the book.

Mediterranean cuisine in the ‘Orange Bubble’: A review of Taïm 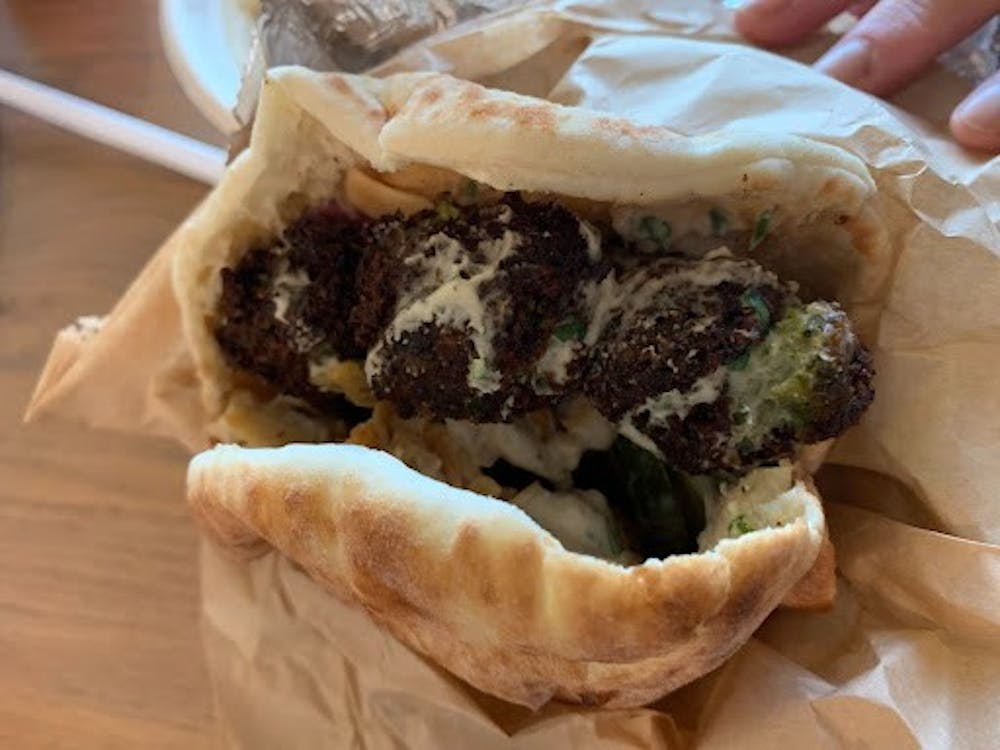 Mediterranean cuisine in the ‘Orange Bubble’: A review of Taïm 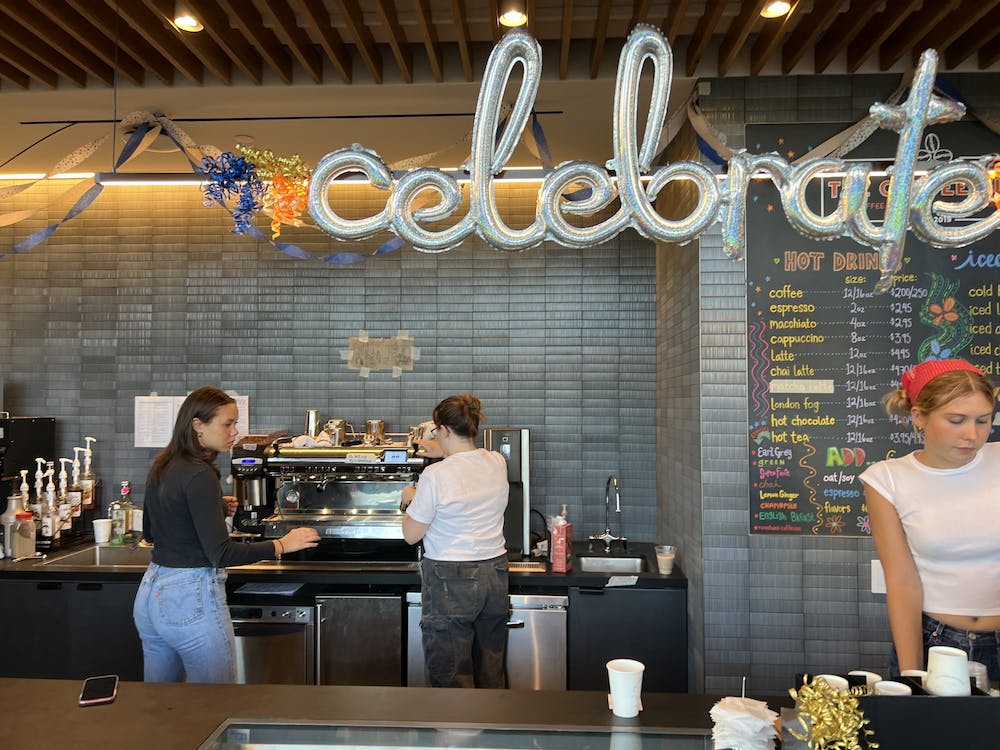 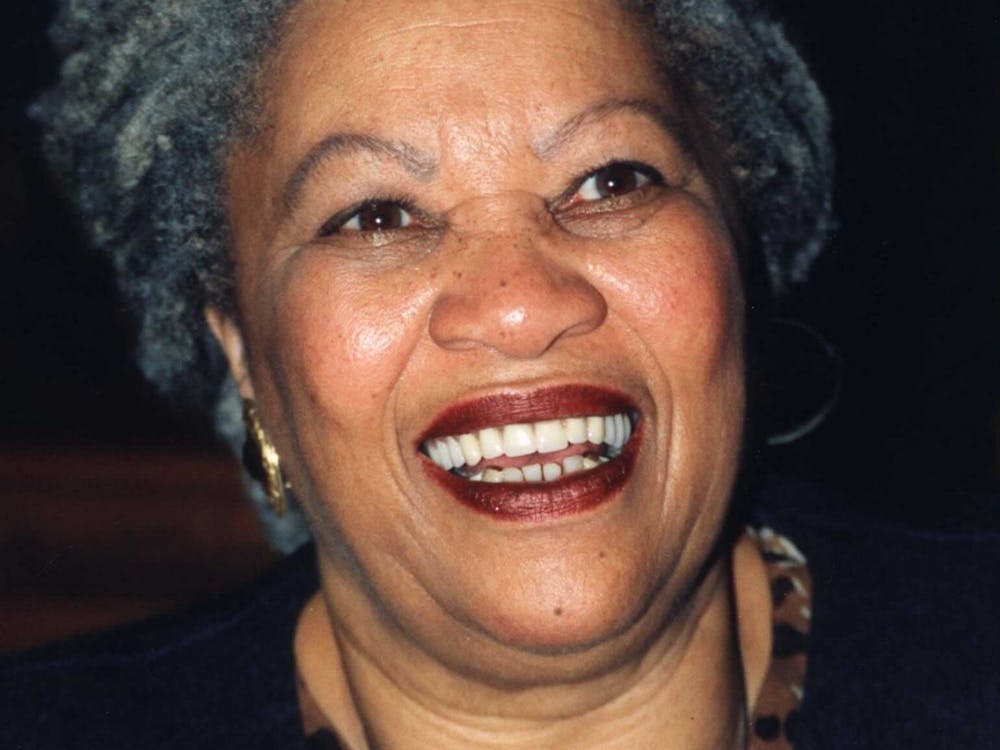