In an email to most sophomores and the residential college listservs, Kyle Berlin ’18 and Sofia Hiltner ’17 announced St. Archibald’s League, a response to the Bicker process. Sophomores participate in Bicker in order to join one of the six selective eating clubs; five other eating clubs are sign-in, based on a first-come, first-serve basis.

The email invites recipients to “Princeton’s newest, coolest, and most exclusive club” at 5 Prospect Ave., which is the address of the University-owned Campus Club. The building formerly housed a private Bicker club which closed its doors in 2005.

According to the St. Archibald's League website, the organization apparently only needs 15 minutes to decide if students will be accepted into the club. The League states that students won’t want to miss this opportunity “if [they] want to amount to anything in society ... Everyone’s who’s anyone will be there.”

The invite concludes: “All invited, few welcome.” However, on their website, the League notes that all class years, triple-bickerees, and current club members are also welcome. Describing themselves as an “elite group of students (club members are known as Archis)” who are “cosmopolitan in composition and refined in practice,” the website notes that members eat together as well as partake in afternoon teas and evening nightcaps.

“Each meal is prepared and served to us by authentic immigrants and eaten with multiple gleaming silver forks and knives,” according to the website. Recently, Ivy Club’s former employee was deported following criminal offenses.

The League’s website also details how to be admitted to the club, denoting three categories: “Let’s Talk,” “Heritage,” and “Careful, now!” The first notes that the club will ask those who wish to join to perform a “series of contrived social exercises” and other actions and activities which may be humiliating. It advises “bickerees” not to be humiliated and to be flattering of members, but not obsequious. Heritage is also important: This includes attending an expensive private prep school with a British-sounding name, “being a wealthy international student,” or having a relative who was an "Archi." The League also advises joining an a capella or dance group, playing on certain sports teams, and having the ability to drink just the right amount. Finally, St. Archibald’s League recommends that “boring people need not apply.”

To reach the league with questions or concerns, inquirers can use the email archibaldsleague@clubrevolucion.org. 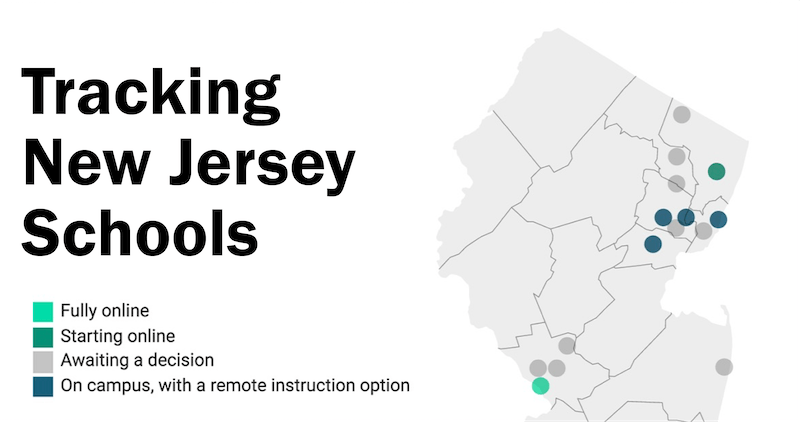 Colleges and universities across N.J. are releasing plans for the fall. Here’s what they’ve said.

Colleges and universities across N.J. are releasing plans for the fall. Here’s what they’ve said.

Woodrow Wilson and the prince in ‘Princeton’