America never was America to me

In the wake of Donald Trump’s executive order that “suspends admissions of Syrian refugees and limits the flow of other refugees into the United States by instituting what the President has called ‘extreme vetting of immigrants,’” many have called the first weeks of Trump’s presidency a nightmare. Others have even implied that Trump's administration represents a departure from Americanism, that there is nothing American about deportations and xenophobia. In short, the American Dream has turned into the American Nightmare.

Trump’s vision for the United States is perniciously fascist — incorporating elements of racism, xenophobia, jingoism, totalitarianism, and misogyny. Worst of all, Trump's vision is indefinite: His actions have no bounds, and it is unclear when this nation will heal from his actions.

But this is not a departure from Americanism. There is nothing specifically un-American about Trump’s executive orders or rhetoric. The American Nightmare is an American Reality. Only when we realize that “living up to American values” is to sanction Trump may we wake up from this horrid dream.

Immigrant exclusion based on race, religion, or national origin is an American pastime. The Alien and Sedition Acts, arguably the first discriminating immigration act, were signed into law in 1798. Following this was the 1882 Chinese Exclusion Act; in response to popular racist and xenophobic anti-Chinese sentiment, the act “required the few nonlaborers who sought entry to obtain certification from the Chinese government that they were qualified to immigrate.” The act was extended into the 20th Century with the Geary Act, and its effects were not effectively reversed until the Immigration and Nationality Act of 1965.

The Chinese Exclusion Act is only one of many governmental measures to marginalize those deemed a “threat” to white civilization. Notably, the United States is guilty of genocide against Indigenous tribes. The Trail of Tears, perhaps the most infamous atrocity committed against an Indigenous tribe, resulted from Andrew Jackson’s abuse of presidential power to seize Native lands and force thousands into what is now Oklahoma. More than 4,000 died on the journey, with hundreds of others dying upon arrival. Trump’s executive orders in support of Keystone XL and the Dakota Access Pipeline is a continuation of the United States’ regnant disregard for indigenous peoples, not an anomaly.

I end with another heinous crime: the enslavement of millions of Africans as a capitalist ploy advancing the prosperity of the United States. The descendants of those enslaved have failed to see any monetary reparations despite the cultural, economic, and social effects that this history has on many black “Americans” to this day. Perhaps most insidiously, African-Americans and their allies even today are often called "'hateful American' groups" and are likened to the Ku Klux Klan.

In the words of Langston Hughes, “America never was America to me.” The policies of Trump are not new, just refashioned for the 21st century. The heinous fascism that makes monoliths of refugees and fails to see the disease of white supremacy flowing through the foundations of American “ideals” is more American than apple pie. I stand in solidarity with those who wish dearly for the United States to live up to its constitutional ideals, even if the men who wrote them never meant to include women, African-American people, indigenous people, or other marginalized groups. My only wish is that in the aftermath of Trump, we turn not to antiquated and hypocritical ideals, but to new ones that can stand on their own without exception.

Imani Thornton is a politics major from Matteson, Ill. She can be contacted at it4@princeton.edu.

The reality is, nothing will be done for the students and campus workers who need change, so long as the venal relic of an antidemocratic administration hoards the University’s assets and the Board of Trustees are compelled by their very job descriptions to relieve anti-racism of whatever fangs it might carry. 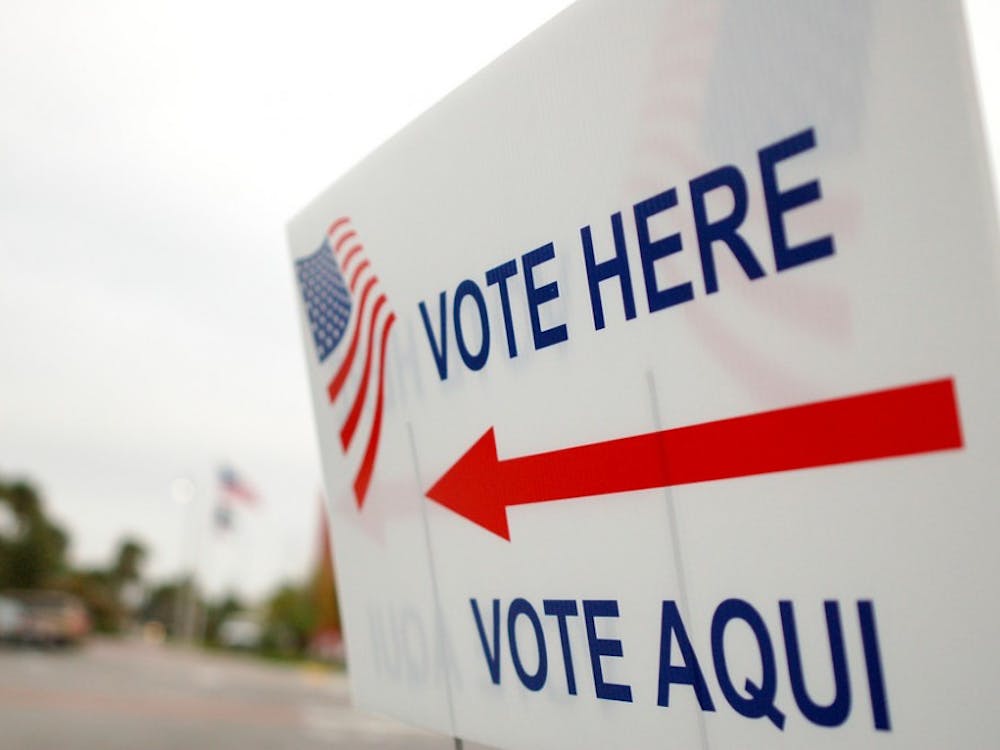 If you want someone’s vote, you have to convince them that that vote would do the most good, not just feel deserving and sanctimonious.