Princeton Chinese Theatre’s “Timeless Love” is a time-traveling love story that straddles the present and a world on the cusp of World War II. Before the show’s opening this weekend, Street spoke to PCT’s president Richard Hu ’16 and the show’s director Cadee Qiu ’18.

Daily Princetonian: When was Princeton Chinese Theatre founded and what are its goals?

Richard Hu '16: PCT was founded in 2008. We had seen a lot of theater groups on campus such as Triangle Club and Theatre Intime, but we didn’t have a group that could represent Chinese students in particular. We felt that even though there was a large presence of Chinese students on campus, we did not have a platform to showcase our performances. This provided the initial motive for forming the group. We also wanted to encourage students taking Chinese courses at Princeton to have an opportunity to express what they had learned and to interact with other students. We put up one performance every semester. Besides the productions every semester, we also put up some small acts, such as a small skit during the Chinese New Year’s presentation.

DP: Is this small skit an original PCT production?

RH: Sometimes we write our own scripts, and sometimes we borrow from scripts online. The same goes for our productions. For this show, “Timeless Love,” we found the script online and contacted the producers for permission to perform it at Princeton.

DP: Can you tell us more about why you chose “Timeless Love” for this semester’s production and any adaptations you made to bring it to the stage?

RH: The theme of time travel is very popular right now, and it is also something that we have never done before. It is set during World War II, and it is a mix of romance and time travel, which makes us think it will be a great show to put on in Frist [Film/Performance Theatre.] Some of our shows we perform in Frist, and others [in the Class of 1970 Theatre] in Whitman [College.] The shows in Whitman are for more interactive settings between the cast members and the audience, while Frist allows us to exploit the larger stage setting. Frist is therefore a better place for shows that require more cast members. As to why PCT wanted to put on this show, Cadee can provide a good explanation.

Cadee Qiu '18: I just feel like “Timeless Love,” the love presented in it, is very pure. It is so ideal that it is almost non-existent in real life. It makes you think, “Wow, that’s a lot,” but I feel like in normal life we get so bogged down by reality and things like schoolwork and job-finding and other practical implications for love that we don’t consider the pure form of it. In addition, it’s not just a play about love and time travel. It’s also about a love for nation, a love for friends and sacrifice. It’s not just a love story. There are a lot of surprisingly complex emotions that come from these simple characters. These characters are actually very emotionally pure. They’re not trying to engage in mischief or sabotage each other.

RH: Also, one thing I want to add one is that for most of the cast members, their role in the show is college students, just like ourselves. I feel that the audience can resonate with the emotions in the show.

DP: In what other ways do you think Princeton students in particular may resonate with “Timeless Love?”

CQ: A lot of them are either in love, or have never been in love or have never dated. A lot of our cast members, through team bonding, have discovered much about each others’ romantic histories, and they’re very diverse. There are a lot of messy things that we get tangled up in in real-life relationships that we have to be tangled up in, but “Timeless Love” takes those all away and shows us the real, pure human emotions here.

RH: And also, as Cadee just mentioned, this is not just love as in romance, but also love for your friends and the projects that you are working on. So in many ways, it resembles what students have at Princeton. I feel that the audience can really feel that this is very close to what they encounter in their daily lives.

DP: Can you walk us through the production process?

RH: The initial stage of selecting proposals started at the end of the previous semester. Over the summer we looked over scripts selected by directors, and we ultimately chose “Timeless Love” as the show for this semester. After that, we started recruiting cast and crew members through an auditions process. After casting, we started weekly rehearsals. We usually have three or four rehearsals every week, and the total time ranges from five to eight hours per week. This week, the last week before our actual production, we move into the stage, and every day the crew members, actors and director stay here to run through different scenes, and we also have full dress rehearsals every day.

DP: Did you adapt it at all, or are you presenting it largely as written?

CQ: It’s mostly originally as written. Most of the adaptations were scenic in nature. There were parts of the script that saw minor changes. Sometimes we saw a character as too flat so we modified some lines. We also took away some of the repetitive dialogue. Another thing is that I’ve never seen a production of “Timeless Love” itself; I just read through the script and really liked it. So I imagine that our production will be very different from the original one, since we didn’t really have a reference point.

DP: Is there anything else you’d like the students to know?

CQ: I think this is a really emotional roller coaster ride. There’s comedy, and there’s romance, but it’s definitely not a rom-com. In “Timeless Love,” the love is very simple. It’s the little things between the characters, the things that they do, that matter. There are some dramatic effects that we do, but afterward you see how deep these friendships are and how devoted they are to each other, and their dreams, and their projects. And I don’t want to give away the ending, but it is very, very moving. When I read it the first time, I cried.

RH: It’s not a show that you can guess what the ending is. There are a lot of plot developments that you would never expect.

PCT presents “Timeless Love” this Friday, Saturday at 8 p.m. and Sunday at 2 p.m. and 8 p.m. in Frist Film/Performance Theatre.

The Manic Monologues: A space for mental health conversations in times of distress 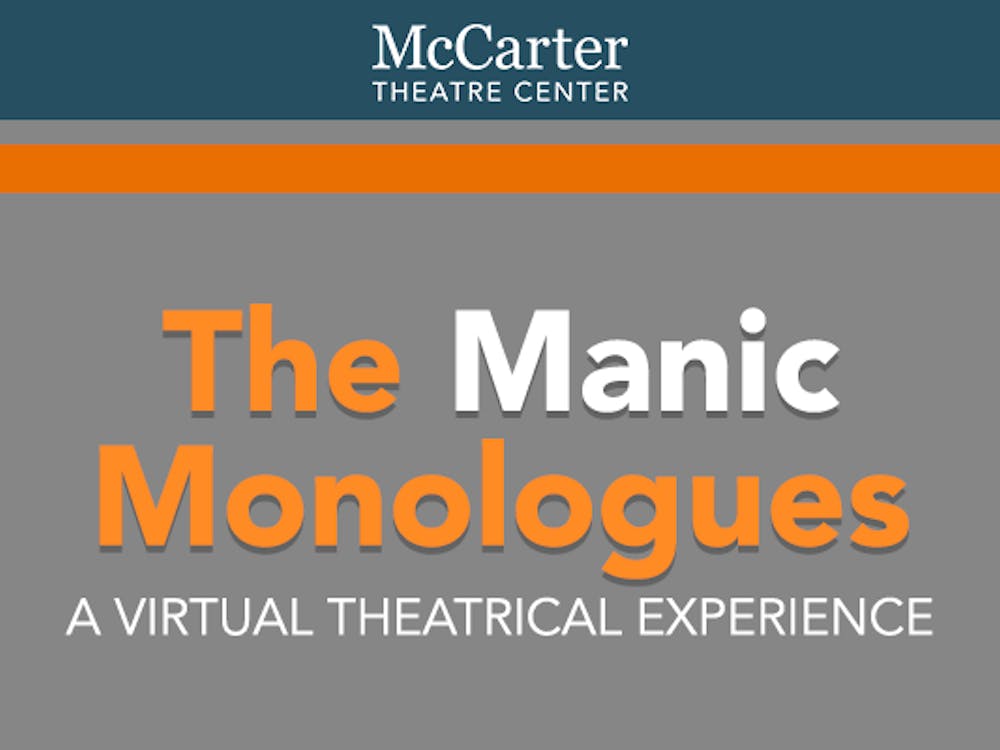 The Manic Monologues: A space for mental health conversations in times of distress

Created by Zack Burton, a Stanford geology Ph.D. student, and Elisa Hofmeister, a medical student at the University of Minnesota, “The Manic Monologues” is a digital theatrical experience that aims to disrupt stigma around mental illness. Due to the COVID-19 pandemic, the play was hosted virtually by McCarter Theatre and premiered on Feb. 18. The interactive website features vignettes of people who have experienced mental illness in their lives.

Created by Zack Burton, a Stanford geology Ph.D. student, and Elisa Hofmeister, a medical student at the University of Minnesota, “The Manic Monologues” is a digital theatrical experience that aims to disrupt stigma around mental illness. Due to the COVID-19 pandemic, the play was hosted virtually by McCarter Theatre and premiered on Feb. 18. The interactive website features vignettes of people who have experienced mental illness in their lives. 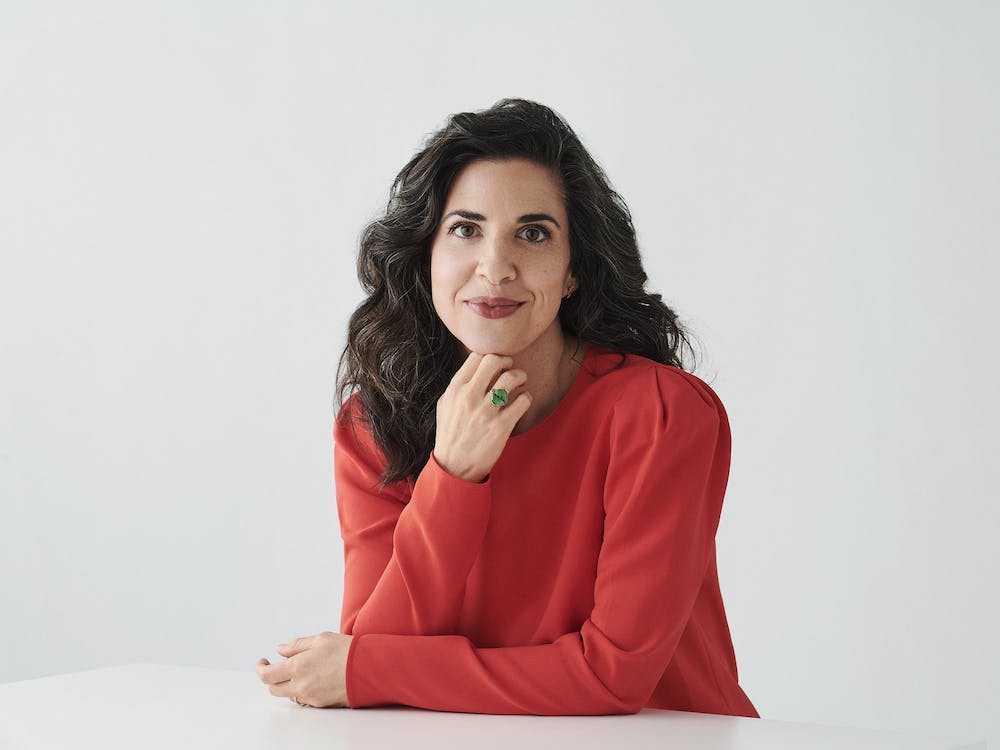