What's more important to the sophomore class? Nudity or the Nude Olympics?

With the balmy weather turning this place into a summer camp where we've replaced our books with frisbees quicker than you can say grade inflation, sophomores face the ultimate test this April Fool's evening: To run or not to run?

The conversation mills have been churning out quite a range of ideas on how to run without the snow. For example, while eating lunch the other day in Wilcox, a bunch of us sophomores including class president Jen Jennings discussed the kinds of ways we could still retain the tradition in the midst of the uncommonly sunny weather.

Slip-n-slides, several proposed. One eager-beaver suggested we have a "Nude Day" in which we all go buck to every single class (talk about finding a good seat in lecture). Another offered the idea of having "events" all over campus. I suggested, like many others have before me, to rent out a snow machine (This won't work, according to Jennings, who told me it needs to be below freezing for this to work.) I soon began to realize that we were desperately trying to salvage our chapter in Princeton lore.

The other dilemma is when to hold the Olympics – and this is all Jennings. It's her call, her shot. Everyone has chimed in of course with their own personal opinion on that too.

So-and-so doesn't want to run on such-and-such date because of a such-and-such exam. "Jen, oh Jen, we have this molecular biology exam on the Second. It's not fair if we run on April Fool's." Everyone is deliberating and everyone has become an all-of-a-sudden decision-maker. In much the same way all of us are accustomed to plotting our weeks day by day, hour by hour, we think we can do the same with the Nude Olympics.

What gall. For an event that inherently rests in the hands of the gods, we are ignoring everything that the tradition stands for. We are blindsiding fate with free will and that is just wrong. What kind of Nude Olympics happens with planned, precise deliberation? It's quite silly, really.

The tradition's mystique lies in its sheer spontaneity: the illicit thrill of discovering that day you have to run in the snow. You can't bake an ice cream to enhance its flavor and you certainly can't nuke the Olympics with Slip-n'-Slide ballyhoo. Put simply, if we gallivant en masse naked tonight to run around a warm Holder, we disrobe any respect for the tradition.

But beyond the ideas to thwart the tradition lies something even more scary. It's our desire to strip naked for naked's sake. Those would-be-Olympians put off by El Niño still think they have some duty to get naked and run around Holder before they become juniors. It's less a matter of fulfilling a tradition than exercising some pent-up desires either to show off a hot bod or shed a supposed staid Ivy League image. Consequently, we drag nudity into the pits of indifference. Streaking becomes as ho-hum as tight black pants. Something that's supposed to be sexy isn't.

That's right, it's no big deal, especially when we are running around in the midspring's summer, for no reason. Don't kid yourselves and don't become fools this evening. Because it won't be the heralded tradition you so painfully want to live out. It will just be some pathetic attempt at fraternizing the entire sophomore class. We might as well do it in Firestone and have our class officers (not to mention that lucky squash femme) haze us afterward. And we've been there, done that. Just ask the Firestone guards.

So here's some advice: Leave our poor class president alone and study for your molecular biology exam. And in the meantime, just remember that where nudity is concerned, you can always get too much of a good thing. 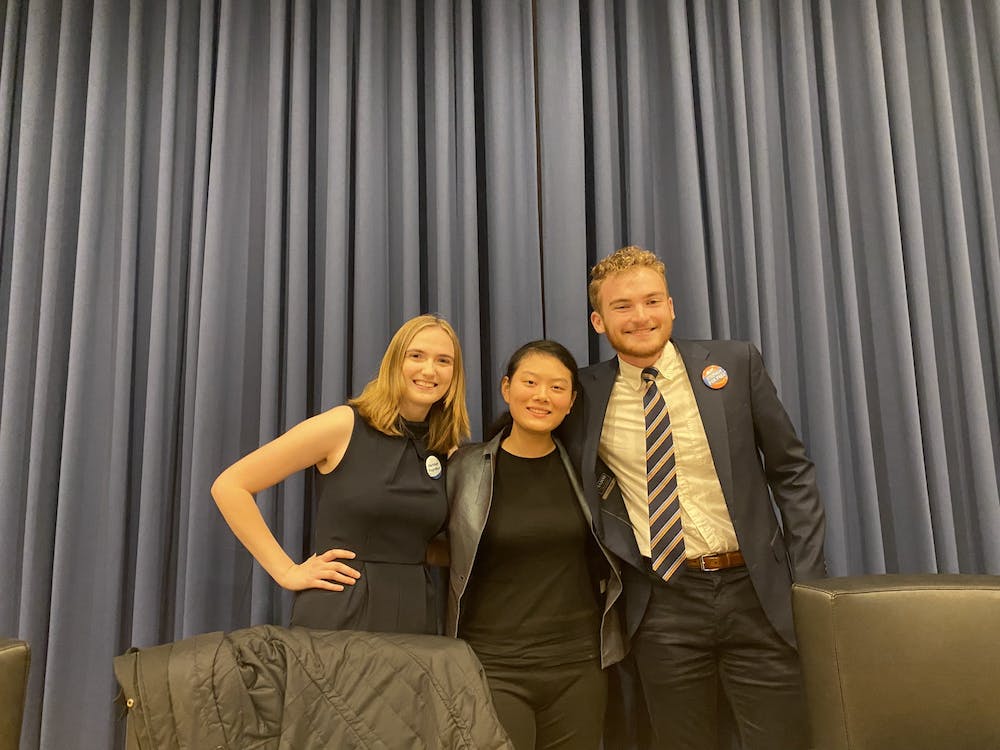