Last time we checked in on Kanye West and Jay Z, they had collaborated on the wildly successful Watch the Throne, which garnered seven Grammy nominations. Since that time, a considerable amount has changed: Jay Z decided to dabble in owning a mediocre NBA team, opened up a sports agency, became the face of the Samsung Galaxy, and tragically ended his relationship with the hyphen. West was equally as busy as he started dating Kim Kardashian, had a child, named said child after a compass direction, and started a fashion collaboration with APC.

A necessary discretionary warning before I delve into this comparison: I am a Kanye West fan. I’ve been buying Kanye stock since College Dropout and if you came here looking for a Kanye hater, you’re not going to find it. Now that we have that out of the way, let’s go.

As mentioned, the last major release was Watch the Throne. With these new albums, Magna Carta Holy Grail and Yeezus, it seemed like Jay Z seemed content to get the throne reupholstered and polished, while West decided to smash the throne apart and build a statue of a hand holding up a middle finger to the world.

I felt that Magna Carta Holy Grail was definitely the safer and consequently the more boring album of the two. Jay Z’s go-to formula has always been: put a "99 Problems"-esque track down and let his rapping skills carry the song along. This time around he tried to change it up a little bit and added some variety. The effort can definitely be seen in “Tom Ford” and “Picasso Baby,” which have some solid production value.

West, on the other hand, has never had a go-to formula, which makes him so interesting and polarizing. He’s never been a great rapper, relying on very gimmicky verses. He’s always been a terrible singer, but he’s also always known his way around production. From the very opening track, West makes it very apparent that he’s not going to censor himself. “Black Skinhead,” the second track, is one of the rawest on the whole album, with a grandiose rumbling drums that will intimidate any first-time listeners. “Blood on the Leaves” may be the song of the album, sampling a beautiful Nina Simone track which West lets shine while making it his own.

I think this time around West’s lack of rapping skills actually helped him, as it forced him to put more effort into breaking conventions and production details; where 808s & Heartbreak failed, Yeezus hit a home run. On the other hand, Jay Z’s effort came off incredibly tired and exhausted. The man decided to use the Samsung Galaxy to release his album, while West decided to project his “New Slaves” video on buildings across cities. Point to Kanye.

In terms of featured artists, Jay Z had Rick Ross and an NSYNC member who carried one of his pop-radio singles. West employed Daft Punk and Justin Vernon and even listed God as a feature. Game. Set. Match.

I’ve made my Kanye bias pretty apparent, but I truly think that Jay Z just pumped out a contrived album to remain somewhat relevant, while West makes it clear that he wants to address the modern state of racial issues. There are numerous moments on the album that will make listeners uncomfortable with the callousness and aggressiveness with which he attacks the subject. One of the more poignant lines is, “They see a black man with a white woman on the top floor, they’re gone come to kill King Kong.” West definitely had more motivation and went to extreme lengths to make polarizing songs to grab attention. While not everyone may appreciate it, in today’s day and age where the masses have been desensitized, I find it impressive that Kanye is able to illicit an extreme response. People are either firmly in his camp or firmly out, but at least he gets some kind of reaction.

Magna Carta Holy Grail invokes images of Michael Jordan. Not the Jordan of Bull’s dynasties, but rather the Jordan of the Wizard days: he puts up twenty-plus points a night, but it doesn’t really have any kind of influence. The middling tracks on Magna Carta Holy Grail are fine songs with occasional strong verses, but at this point I’m kind of numb to it. On the other hand, Yeezus reminds me of Allen Iverson’s 76ers days. Love him or hate him, everyone has an opinion. You always have to appreciate that the man has a relentless hustle, making albums like it might be his last. Both Iverson and West were unconventional and occasionally had, and continue to have, their “practice” moments, but at the end of the day, both left an unforgettable impact. Hopefully this is Jay Z’s victory lap and the “old man just stops,” and we don’t have to watch Jay Z spiral into the Bobcats ownership phase. Watch the Throne felt like the 1997 Iverson crossover on Jordan as we saw a passing of the torch. I’m still holding out for Kanye’s “Tyronn Lue” moment. 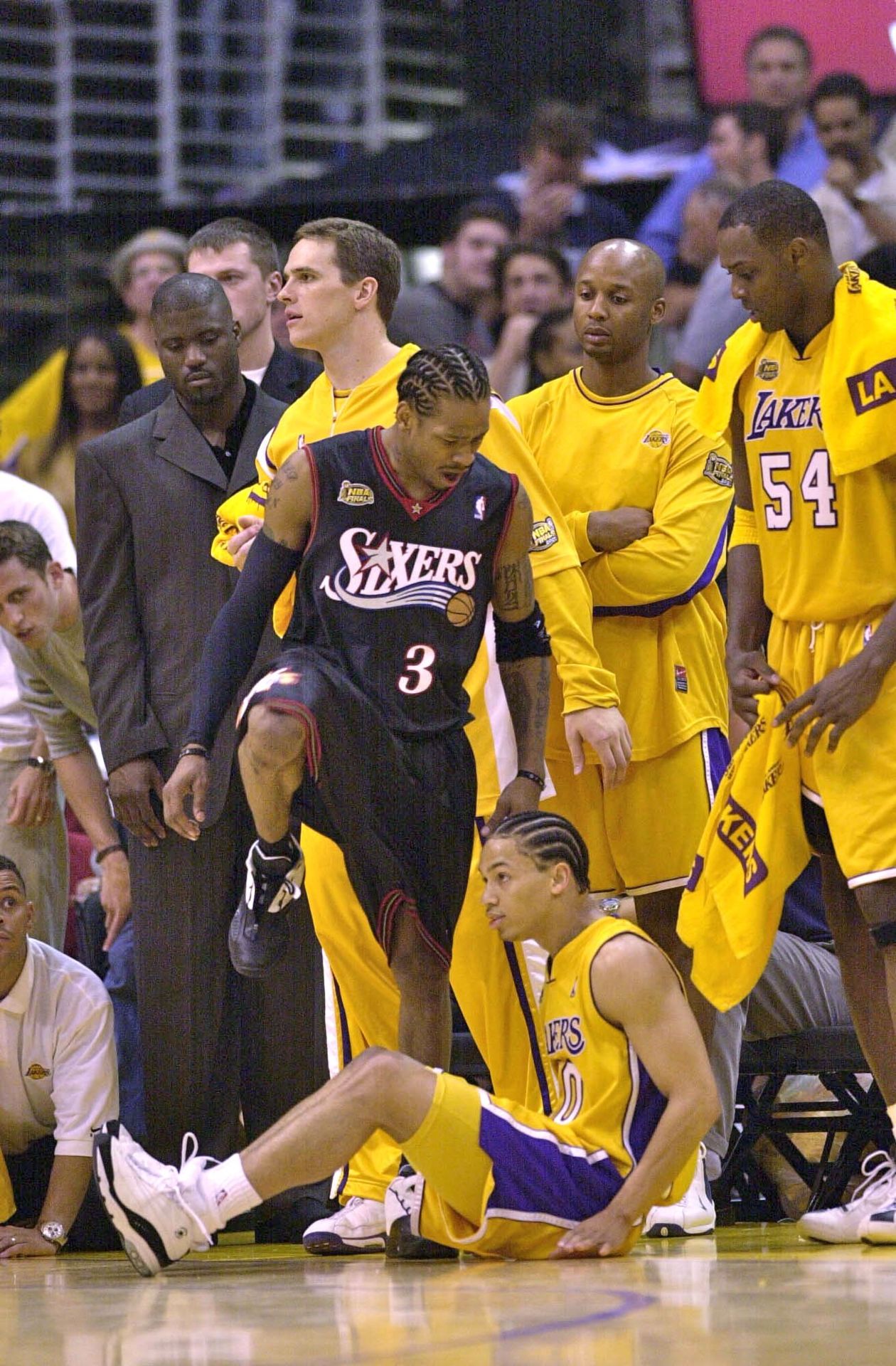