On Wednesday, Feb. 16, Divest Princeton filed a legal complaint to the New Jersey Attorney General against Princeton University. On the same day, organizations at Yale, Stanford, and Vanderbilt Universities, as well as the Massachusetts Institute of Technology filed similar complaints in their respective states.

The complaint alleges that the Princeton University Board of Trustees has violated New Jersey law by continuing to invest in fossil fuels. It claims that the Trustees have “failed to consider the charitable purposes of the institution and the purposes of the institutional fund by financially supporting the degradation of the climate, widespread damage to ecological and human health, and massive injuries to environmental and social equity.”

It also states that “continued investment in fossil fuels by the Trustees violates the fiduciary duties spelled out in the New Jersey Uniform Prudent Management of Institutional Funds Act (NJUPMIFA) and in New Jersey common law.”

The Uniform Prudent Management of Institutional Funds Act (UPMIFA) is a uniform state law enacted in 49 states and identifies “factors that a charity must consider in making management and investment decisions.”

Divest Princeton was assisted in formulating the legal complaint by the Climate Defense Project. This group of lawyers also helped student organization Fossil Fuel Divest Harvard file a legal complaint to the Massachusetts Attorney General Maura Healey's office in March 2021. Both Harvard and Cornell, the latter of which filed a complaint in 2019, used UPMIFA as the basis for their filings to their respective state Attorney Generals.

UPMIFA requires that those who manage a charity’s investments make their investments with certain standards of loyalty and care. The complaint filed by Divest Princeton accuses the Trustees of violating these duties.

Specifically, it states they have violated the duty of care, or the duty to “act in good faith, with the care an ordinarily prudent person would exercise,” by investing in “financially risky and volatile fossil fuel stocks” and by “refusing to abide by their previous commitments to socially responsible investing.”

It alleges that the duty of loyalty to the community has been violated by “funding activity that directly imperils the lives and prospects of young people and that poses a physical threat to Princeton property, thus failing to act in the best interests of the institution.”

Further, it states, the Trustees have been “indulging conflicts of interest with the fossil fuel industry, maintaining personal, professional, and financial ties to oil, gas, and coal companies even as these companies harm Princeton.”

“Almost one third of Princeton Board of Trustees members maintain significant financial ties to the fossil fuel industry that are publicly known,” the complaint notes.

Some of these individual ties are then explicitly listed. For example, the complaint writes that Amy Alving ’88, an Alumni Trustee until 2023, is the director of “DXC Technology Company, a supplier to the oil and gas industry,” and Blair Effron ’84, currently a Charter Trustee of the University, is the son of the “former president of family-owned Effron Oil, a fossil fuel distribution company.”

Alving and Effron did not immediately respond to requests for comment.

The legal complaint asks that the New Jersey Attorney General investigate these alleged violations and “take action to ensure that the investment activity of the Board no longer harms the Princeton community, the State, or the public.”

Hannah Reynolds ’22, co-coordinator of Divest Princeton, noted that both Cornell and Harvard Universities divested within months after the filings, though in both cases their Board of Trustees voted to divest without any action by the states.

Reynolds is a senior opinion columnist for The Daily Princetonian.

“The reason we’re filing this complaint is because we feel that all of our options have been exhausted,” she said.

The Board of Trustees announced last spring that the University would divest from some segments of the fossil fuel industry. A “Faculty Panel on Dissociation and Metrics Principles and Standards” was formed to discuss how best to address the issue of this divestment, but student activists have been frustrated at the lack of progress being made, as well as the limited scope of dissociation on the table for discussions.

“We’ve seen continued stalling by the University throughout the past two years since we first filed the proposal for divestment. We hope that this causes the administration to think seriously about transparency and timelines in the divestment process,” Reynolds said.

The coordination between five major universities, all filing their complaints on the same day, is intended to increase the pressure on every one of them. “We’ve all been struggling with similar stalling and inaction by our universities; the hope is that partnering creates an even bigger splash,” she added.

Working as a coalition has also widened the goals of organizations like Divest Princeton.

Reynolds emphasized that “the work we’re doing at Divest Princeton isn’t just about us and our university anymore, but rather about divestment more broadly across institutions.”

Deputy University Spokesperson Michael Hotchkiss declined to comment and referred the ‘Prince’ to previous statements from the University on fossil fuel dissociation.

“Princeton will set a target date by which to achieve net-zero greenhouse gas emissions across the University’s endowment portfolio, including intermediate goals to measure progress,” Office of Communications Staff Writer Denise Valenti explained in a statement on May 27, 2021.

The University’s website on the fossil fuel dissociation process explains that a faculty panel of experts will advise an “administrative committee,” which will in turn propose “actionable criteria for dissociation and a process for implementing them” to the Board of Trustees.

“The administrative committee aims to complete its work by the end of this academic year,” the website adds.

Divest Princeton has a rally planned outside Nassau Hall in the near future, where they will read out loud the legal complaint. They will also set up a new Eyes on Eisgruber exhibition today, almost a year after the last exhibition.

This story is breaking and will be updated as new information becomes available.

Paige Cromley is a sophomore who writes for news, features, and The Prospect for the ‘Prince’. She can be reached at pcromley@princeton.edu. 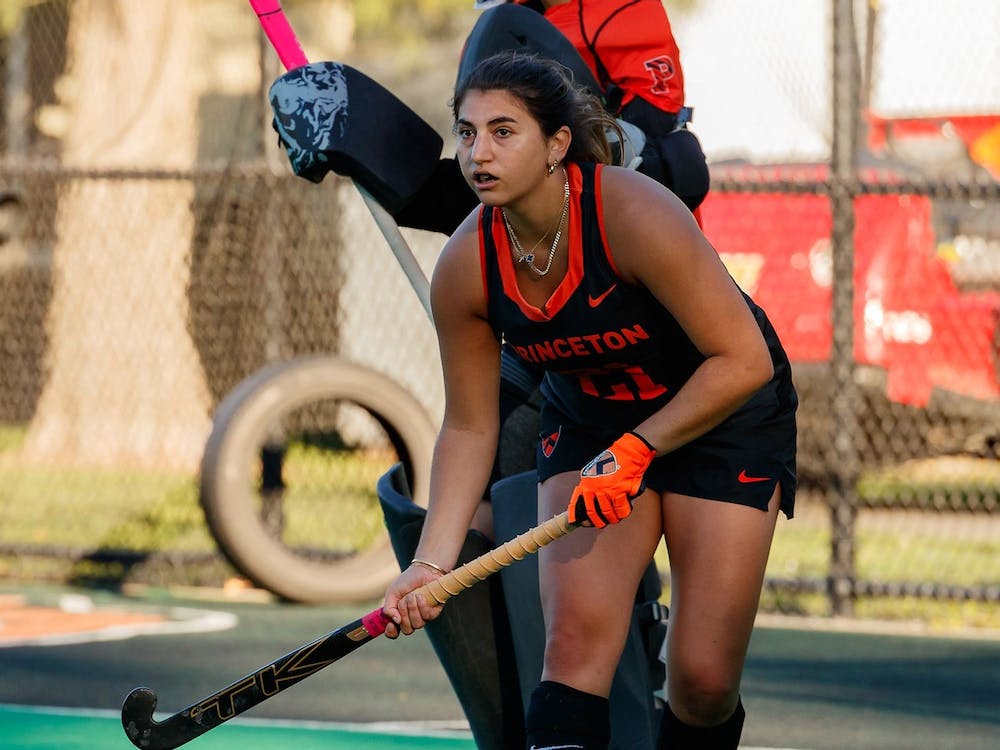