The Power of the insurgent archive in Latinx art

A conversation with Mari Carmen Ramírez and Yasmin Ramírez

As part of the Cura Continua: Art, Curating, and Practices of Radical Care series hosted by the Art and Archaeology Department at Princeton, keynote speakers Mari Carmen Ramírez and Yasmin Ramírez were invited to speak on the transformative role of archives in the belligerent safeguarding of Latinx art, culture, and authenticity in America.

Both Y. Ramírez and M.C. Ramírez spoke about their professional work in archival preservation. At the forefront of their discussion was the argument that the archival research conducted by their respective institutions — namely El Museo del Barrio, New York’s leading Latinx cultural institution, and the Museum of Fine Arts, Houston (MFAH) — has informed the curatorial and collection-building efforts of multicultural Latinx and pan-Latin art exhibitions.

According to M.C. Ramírez, the Wortham Curator of Latin American Art at the MFAH, “There is a different model of ‘museum’ in the works today.” Over the last 20 years, there has been a significant surge of interest in the idea and significance of the “archive” in art preservation.

In its dictionary definition, an archive is a physical and/or digitized repository of material culture (i.e art, music, or literature) recorded through legal, social, artistic, and/or administrative activities. However, Y. Ramírez, who holds a Ph.D. in Art History from the Graduate Center of the City University of New York, believes that the “archive” is, at its core, a political tool. The power of this tool stems from an ordered system of documents and records from which history is continuously written.

As such, the archive has been used to emblematize popular groups, inform identity politics, and create collective memories for different communities across the globe. In addition to the transformative and creative function of archival practices, an archive also has the ability to make up for lost narratives by creating a patchwork legacy through the painstaking preservation of forgotten narratives. Especially within the Latinx art community, both M.C. Ramírez and Y. Ramírez emphasize that the dawn of archives has provided the infrastructure necessary to legitimize Hispanic and Latin American art in the museum world.

As a founding Director of the International Center for the Arts of the Americas (ICAA) at the MFAH, M.C. Ramírez identifies her work as a protective cultural backbone that has bolstered productive networks among Latinx artists and activated economic artistic circuits throughout Latin America, transforming art into an increasingly important economic resource. Within Houston especially, there is a huge initiative to preserve and display pan-Latin work.

In this way, the MFAH now participates in this multicultural, shared history that dominates Houston’s ethnocultural landscape. Museums, as formerly hegemonic institutions, are now being inundated with requests and demands to reflect the nature of the increasingly diversified populations they inhabit.

In the words of Y. Ramírez, “Mari Carmen’s vision [for the archive] was truly insurgent,” insofar as it required a complete deconstruction of the guarded reputation that accompanies archival “keeping” and collections. However, her “vision” involved a less invasive approach at preservation, given that there are obvious remnants of imperialism within the preservation-oriented structure of museums today.

For example, the British Museum is renowned for its borrowed landscape of art, sculpture, and religious relics that have been plucked from their indigenous lands. In recent years, the intense debate concerning the reinstatement of the Elgin Marbles in Athens is one that brings  Western ownership and the “legitimacy” of ownership in art to the forefront. These marble sculptures — an integral part of the Parthenon — were constructed by the fifth-century BCE sculptor Phidias and named after the English nobleman, Thomas Bruce, the Earl of Elgin, who evidently plucked them from their resting places to transport them to England. The British Museum’s patchwork manner of moving and replacing cultural artifacts is intrusive, yet these practices are unfortunately common in museum curation.

Though the Elgin Marbles can still be appreciated and preserved in their meticulous installation in the British Museum, the “environmental” preservation of the Marbles and the authenticity of their surroundings is impeded as a result of this invasive “ownership” and curation of art. By contrast, M.C. Ramírez’s ICAA repository consists of digitally accessible scans and files, preserving materials without extracting them from their countries of origin, in accordance with her vision.

A parallel contributor and renegade of the insurgent archive movement, Y. Ramírez has also channeled her love for her Puerto Rican heritage into her work in archival research. In her 1999 debut exhibition of “Voices in Our Communities,” she was tasked with  sifting through institutional and neighborhood archives to present a timeline for El Museo del Barrio. Though she had no prior background in archiving, this project was a means of using archival threads to weave a cultural narrative.

In Y. Ramírez’s words, “the locality of the art and creation needs to take charge,” which she finds is best achieved through the situational context that is supplied by the insurgent archive. She states that for a long time, the prominence of the archive was stigmatized, as banal archival bookkeeping was often thought to stunt the creative power of artistic displays in museums. Despite this, her work reflects the importance of preservation as one that documents the progression of vanguard and grassroots artists and movements in the Afro-Latinx thumbprint of New York.

Through exhibitions like “¡Presente! The Young Lords in New York” at El Museo del Barrio, Y. Ramírez was able to highlight the important alignment between art and the archive. She chose to display important archival pieces related to the Young Lords’ work in East Harlem, where — influenced by the Black Panthers and grassroots protests of the ’60s — poor and working-class Puerto Rican youth built a nationwide movement addressing the social inequities their communities faced. Y. Ramírez’s work centered on restoring the organization’s theatrical “garbage-dumping” protests with frenetic pictures of proud, angry, and exuberant youth basking in the flames of barricaded trash mounds, voicing their discontent and crafting communal loyalties.

In particular, these fervent protests gave way to the formulation of new legislation in East Harlem and the South Bronx, addressing patient’s bill of rights documents, a “13 Point Program” outlining initiatives to end criminal discrimination and mass incarceration, and new buildings and infrastructure within the city of New York addressing the concerns of the local community. Within the internal workings of Y. Ramírez’s archive, these photographic and historical fragments underscore the various sources of creation and inspiration that helped further cultural narratives and movements today.

The composite work of both M.C. Ramírez and Y. Ramírez shows a fundamental commitment to instituting an axial change in museum culture: promoting the use of the archive in the preservation and progression of future pan-Latin art movements across America.

The archive is fundamental in framing art and directing the narrative frame through which radical ideas take form. Whether it is through categorizing programmatic texts, torrent manifestos, incidental invitations, art catalogues, and “journaux intimes,” the prevalence of archival “bookkeeping” incites a curious inversion of the hegemonic model of art institutions. As seen with the curation of the “¡Presente! The Young Lords in New York” exhibition, the archive possesses immense power in legitimizing the narrative and contextual history that inspires and influences the art itself.

Following Class of 2025 admissions, a look around campus 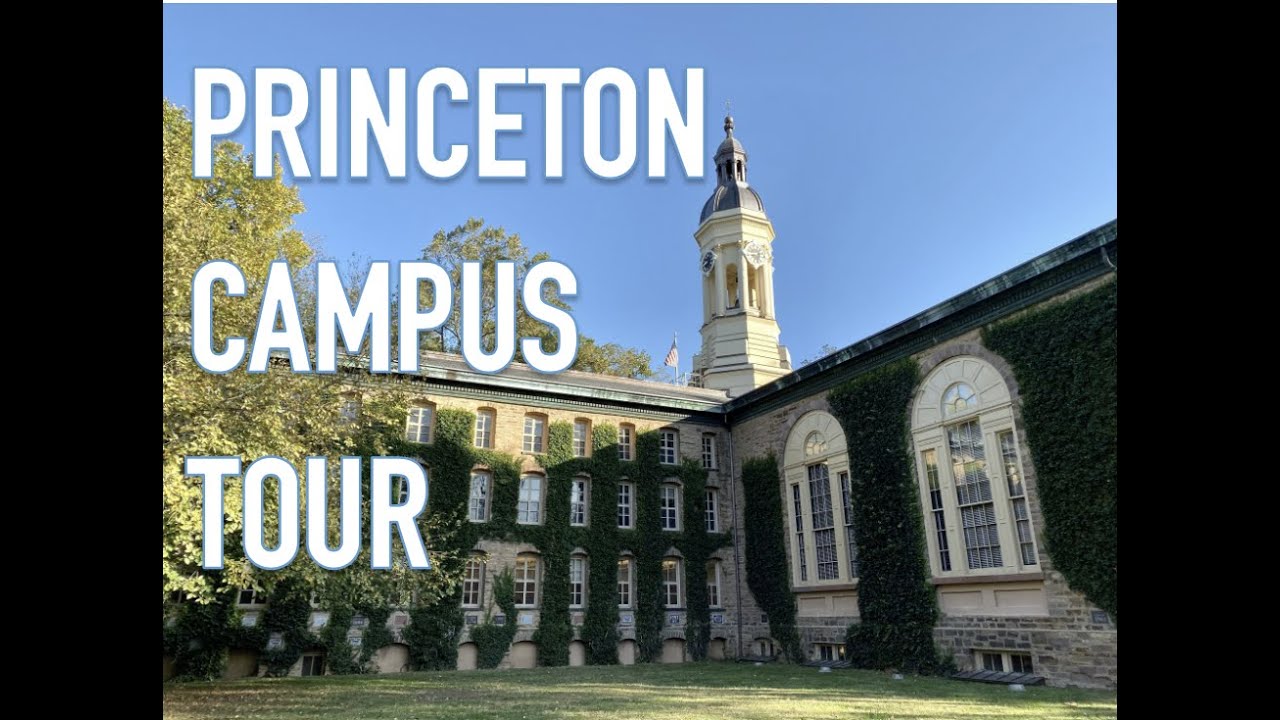 Following Class of 2025 admissions, a look around campus

Welcome to the Great Class of 2025! We take you around campus to show you some of our favorite spots, including Nassau Hall, Firestone Library, Frist Campus Center, and other places that you could make your home at Princeton.

Welcome to the Great Class of 2025! We take you around campus to show you some of our favorite spots, including Nassau Hall, Firestone Library, Frist Campus Center, and other places that you could make your home at Princeton.