Ted Cruz ’92 no longer deserves his James Madison Award. But that doesn’t mean he should be stripped of it.

The following is a guest contribution and reflects the authors’ views alone. For information on how to submit an article to the Opinion Section, click here.

Since the day of the 2020 presidential election, the rhetoric of Senator Ted Cruz ’92 has been noxious. In a Jan. 2021 piece, the ‘Prince’ Editorial Board explained how, in addition to undermining our democracy, Cruz’s baseless allegations “have perpetuated … systemic racism.” I attribute the Jan. 6 storming of the 117th Congress in no small part to Cruz’s incitement. For these reasons, he should be categorically condemned.

Students have called on the University to take action against Cruz. As a member of the American Whig-Cliosophic Society (Whig-Clio, for short), I have witnessed robust debate regarding Cruz’s 2016 James Madison Award (JMA). Since 1960, the Society has annually conferred the award “to an individual who has taken up the arduous but righteous cause of dedicating their life to the betterment of society.” This Thursday, Whig-Clio will hold an assembly “to discuss rescinding Senator Ted Cruz’s James Madison Award.”

I believe there is a valid moral argument for why Sen. Cruz’s conduct should invalidate him from all future honors (or even acknowledged affinity) from the University. I find that Cruz’s actions since the election squarely frustrate “the betterment of society.” If Cruz hadn’t won it in 2016, I have no doubt he would have rendered himself ineligible for the 2021 JMA. None of these positions, however, entail retroactively revoking his award.

As far as I can tell, there is no precedent for the extraordinary step of revocation. Thus, doing so now (or at any point in the future) would be procedurally monumental for Whig-Clio. Of course, the mere fact that something has never happened before is not, on its own, an adequate reason to dismiss achieving it now — it’s easy to see how that sentiment has thwarted progress in the past.

I believe, however, that there are important reasons why the award has never before been rescinded. Though Cruz’s conduct defies the values of the JMA, revoking it on that basis sets a troublesome (but not troubling) precedent. In 2005, the SEC investigated the JMA’s 2003 recipient, former Senator William Frist ’74, on allegations of insider training, before declining to file charges. (Cruz has not been charged on any count either, at least for now.) Cruz’s award would presumably be revoked on the grounds that he subverted American democracy, but the suggestion of insider trading seems damaging to the egalitarian pretensions of our democracy as well. If Whig-Clio strips Cruz of his JMA, its members should expect to be pressed on why Frist’s award is not up next for reevaluation. (Perhaps it should be. For now, I’ll assume that those seeking to rescind Cruz’s award limit their focus to solely him.) I don’t mean to conflate the two examples — they’re clearly not equivalent — but to indicate the types of comparative challenges confronting the Society if it revokes Cruz’s award.

One could reply that the harms Cruz has perpetrated are of a particularly grievous nature. Though revocation is wholly unprecedented, so are Cruz’s offenses. The Senator abetted violence while in a uniquely public, and therefore powerful, position. Perhaps, then, Cruz’s award can be rescinded on a one-off basis. To me, this merely postpones an inevitable problem. If Whig-Clio as an institution concedes that grounds for revocation do exist, how do its members distinguish conduct that is “merely” contrary to the Society from that which invalidates former winners’ claims to their JMA’s? Going forward, any threshold appears arbitrary.

Still, one might think that allowing Cruz to retain his JMA diminishes its prestige for his 59 fellow recipients. I am sympathetic to this concern but believe the precedent of revocation would be far worse for the ostensible durability, significance, and weight of the award. There’s something counter-intuitive, after all, to the notion that Ted Cruz’s attempts to overturn a legitimate and fair election enable us to overturn his legitimate and fair selection.

Even if one is convinced by that tack, though, there are other strong instrumental reasons to proceed with caution. In a January 2021 piece in the ‘Prince,’ Austin Mejia ’21 argued that stripping Cruz of his JMA is a necessary “accountability” check on the Senator. I worry that removing his award would engender precisely the opposite effect. Cruz could be empowered.

Admittedly, a course of action may be worthwhile even if it brings about perverse and unintended consequences. I don’t disagree that from an objective point of view, Cruz might be worse off losing the award than he otherwise would have been. I seriously question, however, how the decision would hold him accountable.

Despite widespread condemnation from all sides, Cruz has exhibited no contrition for his views. Several days ago, during a Feb. 26 speech at CPAC, he doubled down, declaring, “Let me tell you this right now: Donald J. Trump ain’t going anywhere.” Cruz has demonstrated time and again that he is willing to forsake his public respect and reputation — exactly what won him the JMA in 2016 — for the sake of election falsehoods. Would Cruz really think he was worse off?

There’s a further concern. Over the past four months, Cruz has acted completely disingenuously. Given his track record, what leads us to believe he would respond in good faith now? It is surely naive to hope that he would accept even partial responsibility for losing his JMA. Do we seriously think he would not decry the bogeyman of “cancel culture”? That he would refrain from blaming the rescission on liberal college students punishing his unpopular politics? We have every indication, I think, to anticipate that revoking Cruz’s award would only give a more prominent platform and broader recognition to his reprehensible views.

This seeming paradox perturbed me throughout the Trump administration. For all of the abhorrent opinions expressed by Trump officials and allies, moral criticism lavished them with attention they did not deserve. This fixation, in turn, eclipsed more pressing and valuable perspectives. A recent illustration involves none other than Mr. Cruz — not only do I know all about his attempted flight from Texas during massive power outages, but I can name his Cancún destination (the Ritz), recite his shifting excuses to the media (“to be a good dad,” eventually), and even regale you with the Cruz family’s subsequent fallout with friends (Cruz called the supposed leaker “nasty”). Is it not troubling that I — and, I suspect, many of my peers — are more familiar with these details than the plight of millions of Texans, who survived for days without power, heat, or food? I fear that revoking Cruz’s JMA likewise misapprehends the proper subjects of our attention.

Holding Cruz to account means defusing his authority (put simply, getting him out of office), curtailing his influence, and turning our attention to the harm he has inflicted. It means snuffing out his outrageous claims — they certainly don’t need more oxygen. There is a cautionary tale to be told in the Senator’s JMA, but it is not about those who conferred it. Instead, it is vital that we remember that Cruz legitimately won the JMA not so long before he launched an existential assault on our democracy.

Joe Ort is a senior in the history department from Highlands Ranch, Co. He can be reached at jort@princeton.edu. 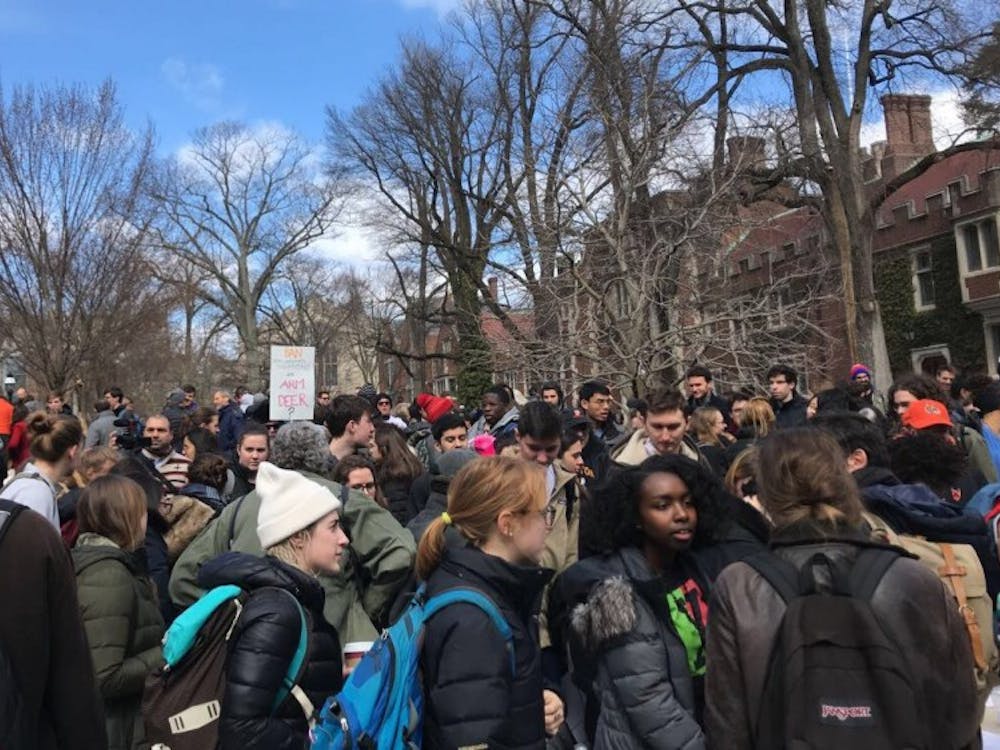