Hobson College: What Princeton's contemporary campus will look like

On Oct. 8, the University announced Hobson College, the new residential college named after Mellody Hobson ’91 that would replace the buildings of First College. The announcement came just months after Class of 1879 alumnus Woodrow Wilson’s name was stripped from the college, and the importance of its replacement with the name of one of the University’s largest Black female donors has not gone unnoticed. Notably, this will be the first residential college named after a person of color.

“I’m most excited about the fact that we — meaning Black and brown communities — will have representation on campus in a meaningful way,” Hobson said in an October interview with The Daily Princetonian. “I want to rewrite the narrative.”

Hobson College will change the University’s landscape physically as well as symbolically. Large and centrally located, the college’s architectural remodeling has significant implications for what some describe as one of the most scenic campuses in the country.

Three architecture firms have started work on the project. In consultation with the President’s Advisory Committee on Architecture, the Executive Vice President, and the Facilities department, the University chose Practice for Architecture and Urbanism, Joel Sanders Architect (JSA), and Hanbury to design the new buildings.

JSA has previously worked with the University, having redesigned the Julian Street Library in First College, a popular study space among students.

A student committee has begun collaborating with architects to develop goals for the project. The committee has brainstormed ideas like integrating community space into every floor, ensuring that the library is open and accessible, and creating prayer and study spaces.

“[It seemed that] the student input was really important, and that they were really trying to tailor this new college to what the students wanted,” said Mary Cate Hyde ’23, a member of the committee.

When constructed in 1962, the existing buildings were considered very innovative. Designed by the firm of Sherwood, Mills, and Smith, the college included suites that incorporated common spaces — a feature not seen in traditional Gothic dorms. Another innovation of the complex was Wilcox Hall, which included a library, dining hall, meeting rooms, and more common spaces.

The inclusion of multipurpose space encouraged many of the community activities that are associated with residential life now: live music, poetry and play readings, foreign language tables, film screenings, and nighttime lectures.

In the years since its initial construction, attempts have been made to update the architecture. Wilcox Hall was renovated in 2007 by longtime Princeton architecture faculty member Michael Graves to include a sculptural entryway. Tod William ’65 GS ’67 also added to First College in 1986, aiming to synthesize the styles of the dorms in the area.

Today, despite such changes, the once-inventive buildings are aging, difficult to maintain, and unpopular with students. Hyde described the buildings as “almost like a motel.”

Even still, the three firms working on the design will balance much-needed updates with keeping some existing structures. Already, the University has said that Butler College’s Wu Hall, which is connected to First College, will remain in place.

Striking this balance between preservation and modernization is relevant to other construction projects on campus as well. Deborah Berke, who is designing the two new residential colleges south of Poe Field, explained her perspective on blending the old with the new in an article in the Journal of Architectural Education.

“Old buildings are a resource for contemporary architecture, in much the same way that dramatic topography, a stunning view, or rich context can be the foundation for a new design,” she said.

Whatever the firms decide to keep or replace, Hobson College’s construction will reflect broader institutional change. University architect Ron McCoy expressed his desire to have architecture evolve to suit the needs of students and an ever-transforming campus culture.

“Princeton has balanced the goals of stewarding the existing campus with the need to create new buildings that serve the strategic goals of the institution,” he said. 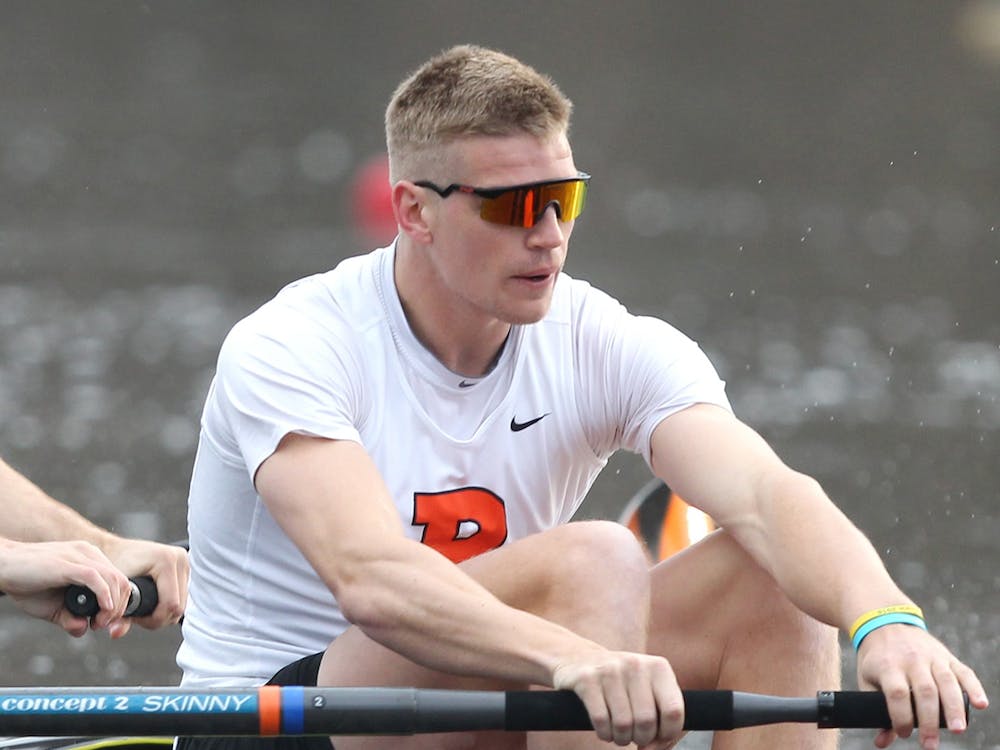