As I sat down to watch Theatre Intime’s first production of the year, “As You Like It: A Radio Play,” I confronted the conditions of being an audience member in the age of Zoom theater. Gone, for the moment, was the frigid air of Hamilton Murray Theater, which has housed Theatre Intime since the company acquired the space in 1922. I did not stumble down the theater’s darkened aisles. Nor did I scan rows of dimly lit faces, curious to see if anyone I knew would be joining me for this year’s Princeton Shakespeare Company (PSC) production.

“As You Like It,” which premiered on Nov. 20, is the second PSC production I’ve seen — or, I should say, heard. Unlike previous PSC shows, this comedy took place virtually in the “radio play” format, named for the historic practice of theater works which are performed over radio broadcast. The show opened as a ‘YouTube Premiere,’ wherein Princeton students were invited to attend a synchronous first viewing of the production.

While the Premiere could be paused and rewound, audience members could not skip ahead in the play. However, one could re-synchronize their video with the Premiere’s start time in order to see the production “live,” as well as to share the Premiere with fellow audience members via a live chat. This chat function was silent and totally optional, but many viewers made use of it throughout the play’s one-hour-and-37-minute runtime.

I have long desired, mostly as a pipe dream, for a means of silent participation with theater — one which runs parallel to, or underneath, the primary experience on stage. When a crowd laughs together at a comedic moment, or gasps at a death or betrayal, both the performers and viewers exalt in the collective consciousness of the audience. Actors may feed off of these overt reactions, but they can also feed on the continuous possibility of them; the silent body of watchers manifest a mass investment in the fictional, ephemeral world on stage. A flip side to this phenomenon is a limitation of democracy; individual opinions and expressions may feel inappropriate (e.g. solo laughter, comments from one audience member to another) and are often reserved for intermission, or after the show.

Fascinatingly, the YouTube Premiere format facilitated this mode of individual expression. Viewers were free not only to express individual responses and opinions, but they could do so with names displayed. Audience members reacted to specific moments in the production, commented on lines of dialogue, and related elements of this Shakespeare play to other works of media. I was surprised when a few Princeton (and Theatre Intime) alumni identified themselves in the live chat. This lent an aura of excitement and history to the production which, in person, may have been limited to conversations after the show.

The real victory of this production, however, was in terms of theater accessibility. In terms of physical accessibility, this show was bring-your-own-seat, whether it be a chair, couch, or bed. There was no need to squeeze into the traditional seating of Hamilton Murray Theater, nor a need to work around it. The accessible quality of this show which I most enjoyed, though, was the flawless closed captioning. Working in great tandem with the ability to listen to the show with headphones and control its volume, I took Intime’s pre-show suggestion to enable closed captioning on the YouTube video. I realized very quickly how long I had missed such a feature. While I am still not fluent in Shakespearean English, I was able to hear and read every single word in the play, thanks to careful sound editing and caption work.

I suspected that it took a great deal of labor to synchronize closed captions with the audio of a ninety-seven minute play. To learn more about this aspect of the production, I spoke with director Naomi Park ’21, whose role in “As You Like It” included both that of sound editor and in setting the closed captioning to the show’s audio.

“I wanted to make sure the show was accessible to everyone,” said Park, who spent two hours formatting the play as a caption-able transcript. However, Park was relieved to find that YouTube offers an automatic audio-caption pairing service. “I was fully prepared to pull an all-nighter lining them all up, but it turned out that AI had my back.”

However, the radio play still required a great deal of labor to record and assemble.

“I was editing for a good eight hours a day in the week leading up to release,” Park said. “I definitely underestimated the amount of time it would take to edit all the 40-some hours of audio together, and of course there were variances in audio quality and background noise to deal with.”

Speaking to my experience, I found that nearly all of the actors’ voices came out quite clearly. I too enjoyed the well-balanced audio, which allowed me to believe the dialogue was between actors on stage, not actors hundreds of miles apart. And on the subject of actors: There was not a weak performance in this show. A particular comedic highlight was a wrestling match between young lover Orlando (Josh Rogers ’24) and Charles (Aaron Ventresca ’24), a henchman of Duke Frederick.

While this match was only audible, I enjoyed this comedic turn of plot, as did many in the live chat. I spoke with sound designer Minjae Kim ’21 to learn more about his use of sound effects in the show. Kim utilized recordings of bird calls to set forest scenes, and recorded grunts in a closet to depict Orlando and Charles’s wrestling match. Remarkably, this moment, which I imagine is usually a highlight of physical comedy, was successful in audio alone.

This production’s final achievement was in its casting. Students from all four current class years performed in the show, with particularly strong representation from the oldest and the newest — the Classes of 2021 and 2024. I find this success in recruitment and inclusion particularly meaningful in this virtual semester, a time in which in-person recruitment was impossible. Theatre Intime continues to provide opportunities for Princeton students to perform works of theater, even in the time of COVID-19. 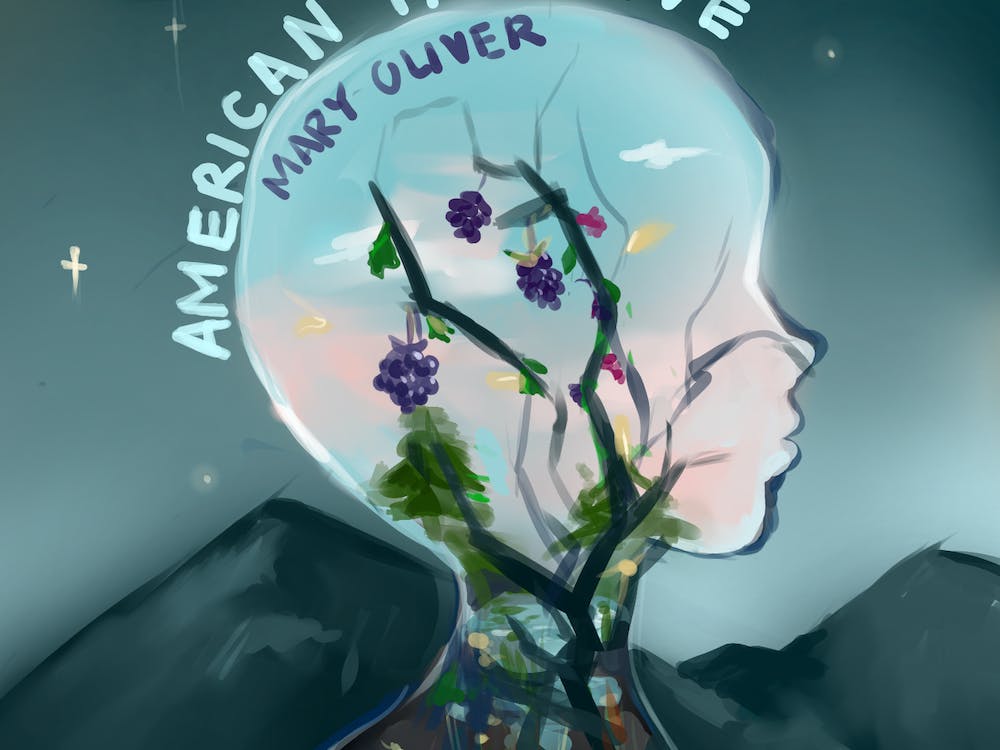