On Tuesday, Oct. 27, the Princeton Gerrymandering Project hosted former U.S. Rep. and Democratic presidential contender Beto O’Rourke (D-Texas-16) for a discussion about voter rights, voting in state legislature races, and redistricting in Texas, days ahead of the 2020 election.

‘My vote must be pretty damn important’

O’Rourke, who founded Powered by People, a grassroots group that aims to boost voter turnout in Texas, has been encouraging voters to not only vote in the presidential race, but down the ballot as well. Focusing on voter suppression, O’Rourke said that the Republican Party has intentionally sought to disenfranchise minority voters.

After Republicans achieved a majority in the state legislature in 2002, O’Rourke said, “The gerrymandering of Texas has taken a real pernicious, racist, and unconstitutional turn.”

“[Republicans] literally drew out Black and Mexican Texans from a given district to diminish the impact and power of their vote,” he added.

Electing Democratic state legislators provides “a chance to draw people back in and to have a shot at fair maps and fair districts,” O’Rourke said. Non-partisan redistricting efforts would, he said, allow “the diversity, the genius of this state of 30 million [to] come through in our government and electoral process.”

The state is nine seats away from a Democratic majority in the State House, with candidates such as Sharon Hirsch, Brandy Chambers, and Akilah Bacy in competitive house races across Texas.

Powered by People has made over 63 million voter contact attempts and helped register 200,000 voters in the past six months. The day before the webinar, O’Rourke said volunteers had made half a million phone calls, helping voters make plans to vote.

O’Rourke conceded the challenges that volunteers face. Soon after the Supreme Court’s 2013 ruling on the Voting Rights Act in Shelby County v. Holder, Texas implemented stricter voter ID laws. According to O’Rourke, these were some of the “most onerous voter ID laws in the country.”

O’Rourke noted that in Texas, more than 750 polling locations had closed since Shelby — more than in any other state. These closures often occurred in areas with the fast-growing Black and Latino populations.

These efforts “[are] obviously an attempt to suppress voting,” O’Rourke said, adding that Republican officials see “record turnout in the face of record suppression as cause for concern.”

“There’s this interesting response to the level of voter intimidation here ... If they’re working this hard to stop me from voting, then my vote must be pretty damn important,” he said. “The Texas voter has stepped up, stood up to be counted at this moment.”

The webinar’s second portion discussed two redistricting tools that the Princeton Gerrymandering Project helped to develop. Panelists included Jacob Wachspress ’19, who created Moneyball with Wang; Kyle Barnes ’22, co-founder and executive director of Representable; and David Daley, author of “Unrigged: How Americans Are Battling Back to Save Democracy.” 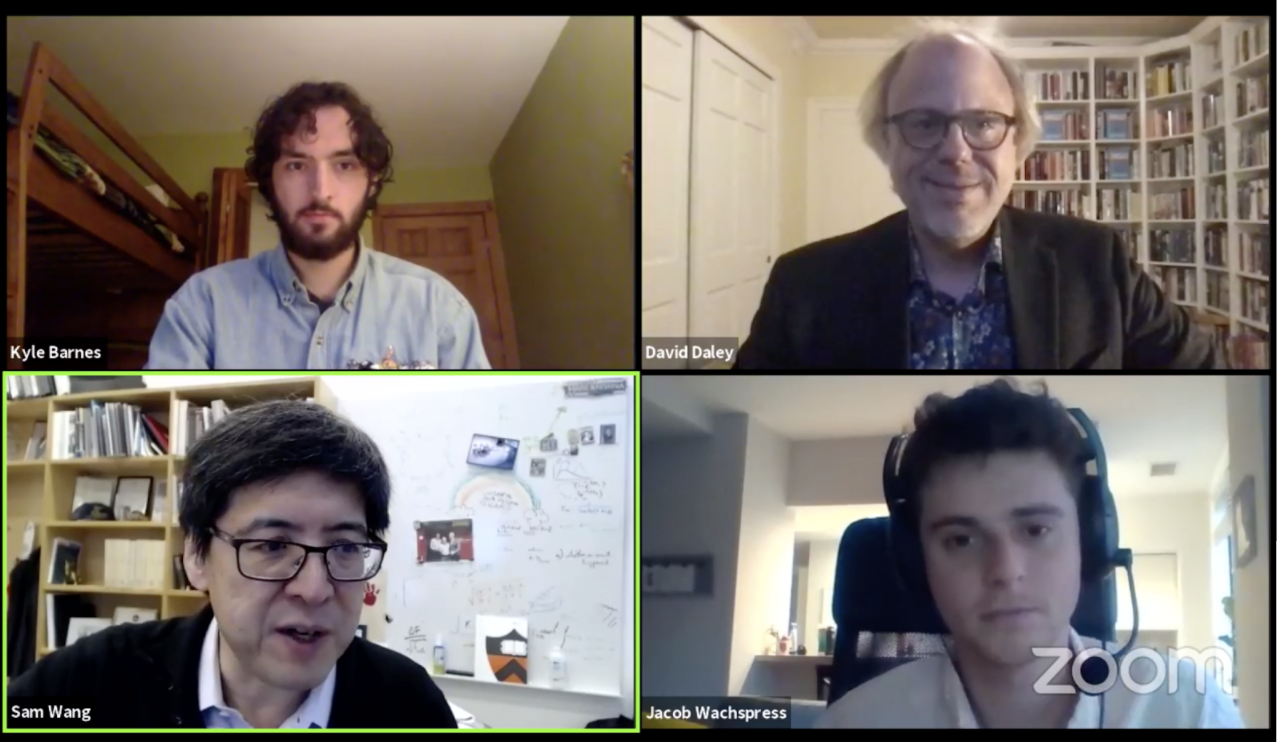 Wang first introduced Moneyball, an online map indicating where voters, through state races, may most effectively counter partisan gerrymandering in 2021.

Daley noted that the tool could help identify races where, “for pennies on the dollar, you can have a real impact on redistricting for both sides of the aisle.” Furthermore, he said that the tool reveals races, such as those in Kansas and Wisconsin, where “Democrat veto power over Republican maps were on the line, with just a couple of additional seats in both [state houses and senates].”

The PEC website also contains separate links to donate to Democrats and Republicans whom Moneyball assessed to have battled against partisan gerrymandering.

Barnes then introduced Representable. According to its website, Representable is a “free, open-source tool for creating maps for Communities of Interest (COI) — groups of individuals who share common social and economic interests, who are likely to have similar political concerns.” Barnes demonstrated how users could fill out a survey to help define their COIs, or generate their own redistricting maps.

Daley felt that the technology could make map-making available to voters across the nation.

“When you take something like this where people can show their lawmakers [COIs] and come up with sample maps and say hey, this is a community that has to be kept together, without charging thousands of dollars,” he stated, “you are democratizing the very technology that has been used in deeply undemocratic ways.”

Wang concluded by acknowledging this was a “hard time for optimism,” but wondered “if [Daley saw] any shoots of green.”

“I think there are a lot of reasons for optimism,” responded Daley. “The energy this year has flowed down-ballot, the awareness of all these state legislative races has been really exciting to see. There’s such an awareness right now that we are in need of big, structural changes to democracy reform.”

O’Rourke said that grassroots mobilization in Texas “was a really beautiful expression of democracy.”

How does the AP African American Studies curriculum compare to courses at Princeton’s AAS Department?

How does the AP African American Studies curriculum compare to courses at Princeton’s AAS Department?

Following Florida Gov. Ron DeSantis’s decision to block the Advanced Placement African American Studies course from being taught in Florida high schools, Princeton faculty and African American Studies concentrators comment on the implications for students and universities. Some professors expressed concern over accepting credit for a course with a revised curriculum lacking content on topics like Black Lives Matter.

Following Florida Gov. Ron DeSantis’s decision to block the Advanced Placement African American Studies course from being taught in Florida high schools, Princeton faculty and African American Studies concentrators comment on the implications for students and universities. Some professors expressed concern over accepting credit for a course with a revised curriculum lacking content on topics like Black Lives Matter.

Celebrate the end of your first week with this puzzle by Contributing Constructor Mikaela Lavandero.

Celebrate the end of your first week with this puzzle by Contributing Constructor Mikaela Lavandero.