As part of a global day of climate action on Sept. 25, Divest Princeton organized a virtual climate strike, calling for the University to divest from the fossil fuel industry. Close to 100 students, alumni, and other supporters flooded University social media pages with messages in support of divestment.

According to its website, Divest Princeton is “a coalition of students, faculty, and alumni calling on Princeton University to divest our endowment from fossil fuel companies and reinvest responsibly.”

The University maintains longstanding relationships with several fossil fuel companies. The Andlinger Center for Energy and the Environment recently renewed a five-year research partnership with ExxonMobil, and the Carbon Mitigation Initiative at the Princeton Environmental Institute has received funding from BP.

Divest Princeton co-coordinator Ryan Warsing GS explained that he sees advocating for divestment as “one of the single most impactful things” he can do to help effect global change.

“I can use efficient light bulbs, I can drive an efficient car, or I can get my $26 billion university to divest from fossil fuels,“ he said.

“It’s not to say the little things aren’t important, but just think of the impact that Princeton could have if it chose to divest from climate change, the message that would send,” he continued.

Warsing and other members of Divest Princeton spread the word about the strike on social media and email listservs. In their advertising, Divest Princeton urged followers to comment on University social media posts with the following message: “Princeton doesn’t deny climate change, it just profits from it. It is time for Princeton to divest from fossil fuels. Join us today: bit.ly/EndorseDivestPU #PrincetonDivestNow.”

“We continue to appreciate and value the breadth and depth of discussion and activism within the University community around environmental issues,” he wrote to the ‘Prince.’ “Regarding the specific question of fossil fuel divestment, the Resources Committee of the CPUC [Council of the Princeton University Community] is currently considering a formal proposal — that work continues.”

The CPUC’s Resources Committee plans to give an update on Divest Princeton’s proposal at its next meeting on Nov. 9.

For Anna Hiltner ’23, another co-coordinator for Divest Princeton, her participation in the divestment movement allows her to work towards a better world.

“I want to spend my time doing something that I think is important, and Divest Princeton is that kind of movement,” she said. “I also think that’s part of being a Princetonian really, to use our power and privilege as students of this university to advocate for a better and a more just world.”

Hiltner is a former summer columnist for The Daily Princetonian.

Divest Princeton also set the goal of reaching 1,500 signatures on its letter in support of divestment in time for the strike. Signers of the petition pledge not to donate to the University until it divests from fossil fuels.

“The 1,500 signatures target was something that we thought it was more of a reach goal, but we were able to achieve it anyway,” Warsing said.

Though online schooling and the ongoing pandemic present challenges to in-person protests, Divest Princeton did not let the virtual setting prevent them from taking action.

“100 people can’t gather together for a protest in front of Nassau Hall, but they can come together to ask for the University to take action online on their social media, and I think that’s really cool,” Hiltner said.

Because many Divest Princeton supporters do not live in Princeton, a virtual strike allowed the organization to expand its reach.

“Virtual organizing is especially important for us because much of our movement is made up of alumni and community members that wouldn’t necessarily be physically in Princeton, so we’re trying to reach virtually to as many people as we can, because the actions of the university affect everyone, no matter where they are,” Hiltner said.

“Princeton by itself won’t solve climate change but it is [in] a position where it can choose to invest in our future and in our world,” one participant, Ana Blanco ’23, wrote to the ‘Prince.’

Blanco also serves as the co-president of Princeton Against Gun Violence, which has endorsed Divest Princeton.

“I think it is irresponsible, reckless, and inhumane to continue profiting off of fossil fuel corporations. People listen to Princeton; we need to start being part of the solution and not the problem,” she continued.

Seven gap year students reflect on their decision to work for political campaigns, the ups and downs of the job, and the importance of voting. “There’s no better way to learn about politics and how it works than to be on a campaign,” said Ben Bograd ’23.

“I’m encouraged,” O’Rourke said. “Doesn’t mean that we get the results we want on election night, but I feel they are possible in a way I haven’t in past years.” 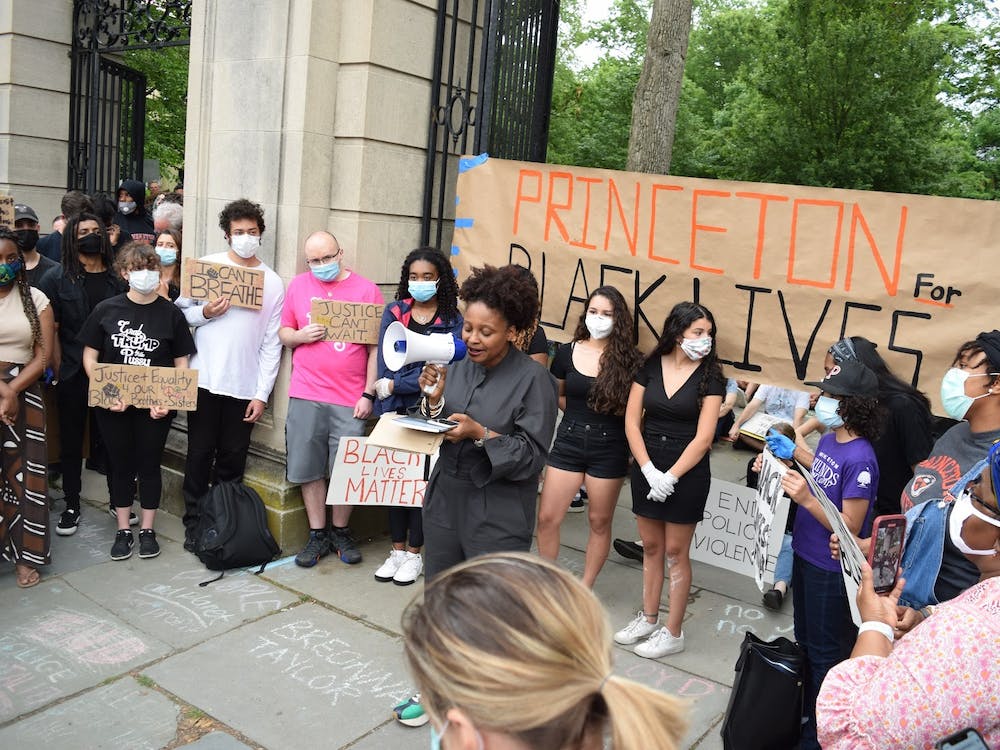 Increasingly political content in entertainment is quickly becoming an epochal, cultural trend. But despite its increasing frequency, it continues to be accompanied by staunch, resolute objection: people continue to dislike the invasive nature of today’s politics, and especially its invasion into entertainment and media. But perhaps those voices are forgetting that entertainment has always been political and nowhere is this more clearly seen than in the rich history of protest music in the United States of America.