Letter to the editor from USG presidential candidate 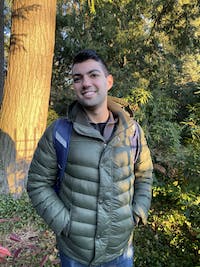 My name is David Esterlit ’21, and I am running for USG president. I began my freshman year at Princeton in the fall of 2014, and I was introduced to USG for the first time. That year’s winter election was a three-way race between Ella Cheng ’16, William Gansa ’17, and Molly Stoneman ’16. The “joke” candidate, Gansa, ran on a platform of waffle fries, ripe fruit (hand-ripened by Gansa himself), and wonderfully vague “bike reform.” Gansa beat out Cheng in the preliminary elections by 44 percent to 32 percent; Stoneman came in last with 24 percent. Later, Cheng won the runoff against Gansa, with 1,984 votes to Gansa’s 1,126. Of the undergraduate student body, 59 percent turned out to vote.

Two years later, I took a three-year leave of absence to join the Israel Defense Forces. Honorably discharged, I returned to Princeton this fall only to discover that the problems of 2014 have remained the problems of 2019. Since 2014, candidates of various levels of seriousness have entered the race, debating in front of audiences ranging from 15 people strong to the mid double digits. In the four winter elections since then, turnout has yet to approach Gansa’s 59 percent.

Though the candidates' names may have changed, their platforms have remained largely the same: from USG transparency to grocery store transportation for independent students, from fixing Counseling and Psychological Services (CPS) to establishing more student spaces. The list of platitudes and broken promises is as long as it is repetitive. Is it any wonder that Princeton students remain cynical, and USG elections remain unenthusiastic, with turnout for presidential elections falling as low as 30 percent?

I believe Princeton students don’t view USG as a consequential body because it fails to deal with issues of consequence. USG spends zero effort on the price of tuition, the extent of financial aid, and side jobs students work to make ends meet. Meanwhile, while middle- and lower-income students and their families feel the squeeze, USG concerns itself more with planning Lawnparties, passing resolutions, and playing government than with the financial health of its constituents.

As a result, there is no institution that can apply pressure on the administration, an institution that can advocate for the economic well-being of every student and the family behind every student. University financial decisions continue to be dictated to the student body top-down, under the fair assumption the student body will accept whatever decision was made, in whatever way it was made, sight unseen.

But injustices do exist, injustices USG can advocate to remedy. Twenty-four percent of the class of 2023 have received a Federal Pell Grant, designed for undergraduate students who display exceptional financial need. But zero percent of these students actually receive this grant; instead, Princeton deducts the exact dollar amount of the award from the students’ financial aid.

Meanwhile, Princeton estimates these same students who display exceptional financial need have to come up $3,500 in miscellaneous expenses: things like travel fares, school supplies, textbooks, and so on.

Our veterans on campus face similar challenges. None of Princeton’s veteran community uses its well-deserved G.I. Bill benefits to pay for this school — they tell me it just isn’t worth it because Princeton deducts their federal benefit from the financial aid grant anyway. But we can meet our veterans’ unique needs by very publicly broadcasting when they are not met. Every day that USG stays silent is another day that this silent minority on campus, who has sacrificed so much for us, continues to be treated unfairly.

These administration policy failures primarily impact veterans and lower-income students. They are the most economically sensitive students among us. They are the least able to seek out outside psychological help when CPS does not meet their needs, and Ubering to the grocery store may be enough to put them in the red.

A few years back, other wealthy colleges were beating Princeton on cost of attendance, despite having lower per capita endowments than Princeton. While Princeton was a pioneer with its need-based financial aid system, other colleges had met and surpassed it over the years. In 2016, in order to stay competitive with these other elite institutions, Princeton revised its definition of your “need,” and increased its financial aid spending.

That institution is called USG, and it has not lived up to its potential. And that is why I am running for USG president.

David Esterlit ’21 is a junior running for Undergraduate Student Government president. He can be reached at esterlit@princeton.edu.