Volodymyr Yelchenko, the Permanent Representative of Ukraine to the United Nations, spoke at a luncheon moderated by politics professor Marzenna James in Prospect House on Monday, Nov. 4. At the event, he took questions from a number of professors and students.

Yelchenko began by elaborating on his experiences as an ambassador to Russia during the 2014 Crimea crisis, stating that it “was a total surprise” to him. He said that most Ukrainians were taken aback because they did not expect their “biggest and closest neighbor to start aggression” and therefore “weren’t mentally prepared to defend the country.”

Yelchenko emphasized what he saw as the absurdity of Russia’s annexation of Crimea and maintenance of a military base in that territory after the invasion. He noted, however, that “Putin did more for Ukrainian independence than any other person on this planet” by taking “many stupid, illogical, unprecedented, unjustified steps in 2014.”

He cited the subsequent diversification of Ukraine’s economy as evidence, arguing that after the crisis, Ukraine “had only 7% trade with Russia and 40% with the European Union” and that “the Ukraine does not import any gas[oline] from Russia.”

In addition, Yelchenko asserted that the Crimea crisis allowed Ukraine to expand its support system beyond Russia, though he admitted his opinion “is not very popular.”

When asked by a University professor about Russian President Vladimir Putin’s attitude towards risk, Yelchenko answered that Putin pursues aggressive goals but is largely ignorant of the consequences of his actions. He stated that Putin had expected little Ukrainian opposition, thinking that Russia’s aggression would draw only a few protests and that “things would go back to normal soon.”

In addition, Yelchenko noted that subsequent sanctions against Russia were impactful and forced the Russian president to confront a sour reality.

The ambassador was also questioned on the differences of having the new Ukrainian president, Volodymyr Zelensky, who was elected in April of this year, as compared to his predecessors. Yelchenko responded that “there are no strategic differences” and that the “political goal of Ukraine to integrate with the UN and NATO remains.”

Yelchenko added, however, that there are “technical differences,” given that the “younger generation doesn’t have the institutional memory of the previous government of Ukraine.”

When a professor questioned if Ukraine’s reputation as being one of the most corrupt countries is justified, particularly in light of U.S. President Donald Trump’s controversial July phone call with Zelensky, Yelchencko refuted the claim.

“There are much more corrupt countries in Africa and in some other parts of this world,” he said.

Yelchenko contended that though Ukraine does not necessarily witness higher levels of corruption, instances of corruption — for example, in the judicial system — are “just more visible.” He stated that Ukraine confronts “low-level corruption,” such as Ukrainians being “obliged” to bribe doctors or lawyers and that it is “certainly a problem.”

Although the professor also questioned the effects of “the corrupt elements of Ukraine” on Donald Trump’s presidency, Yelchenko did not respond to this.

Later in the luncheon, Yelchenko denied claims that Russia’s use of political technology tools has affected Ukrainian domestic politics, saying that the results of recent Ukrainian elections disprove such a claim. He stated that Russia was “putting a lot of money and influence into anti-Western candidates,” but electoral outcomes did not turn out in their favor.

In addition, Yelchenko said that the current president won with an overwhelming majority, making Ukrainian history with his landslide victory, and that he does not represent the type of candidate who the Russians supported.

Yelchencko did say that Russia’s impact on elections around the world is visible and disturbing. He gave the examples of Russia influencing elections in China and countries in Africa. He conceded that people in Eastern Ukraine have access to Russian media channels and that this can lead these individuals to believe that what is presented to them “is the world.”

Yelchenko concluded on a note of unity, stating that Ukrainians do not have to completely denounce Russia. He gave the example of Ukrainian restaurants and bars, in which service is offered in both Russian and Ukrainian. To that end, Yelchenko said, the people of Ukraine can “read Russian and write Russian” and accept Russian culture beyond the specter of the conflict between the two nations.

“We must not live by the wishes [of] a single country … [but] by the established rules — those established in the UN Charter,” Yelchenko said.

Yelchenko’s talk was sponsored by the Liechtenstein Institute on Self Determination and the programs in Russian, East European, and Eurasian Studies, as well as those in the History and Practice of Diplomacy and European Politics and Society.

In April 2018, Yelchenko delivered a separate public lecture at the University.

Twenty-seven first-years are running for five 2024 Class Council positions this semester. New rules allow candidates to collect signatures via an electronic petition and send messages to large group chats and listservs, which were not allowed previously.

Twenty-seven first-years are running for five 2024 Class Council positions this semester. New rules allow candidates to collect signatures via an electronic petition and send messages to large group chats and listservs, which were not allowed previously.

Princeton Footnotes compete to win over $10,000 for social justice organizations 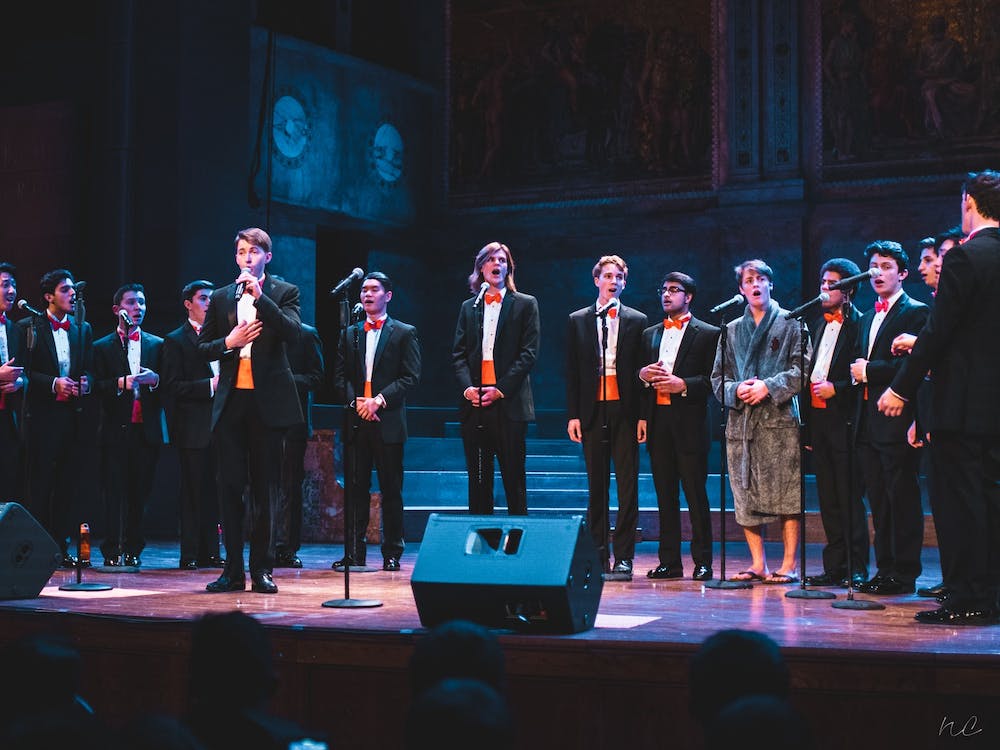 Princeton Footnotes compete to win over $10,000 for social justice organizations

The Footnotes have announced that if they win the competition, all of their money, including personal earnings, will go to both the National Center for Transgender Equality (NCTE) and the Equal Justice Initiative (EJI).

As a top 32 group in the competition, the Princeton Footnotes have the chance to win over $10,000 to both support a social justice charity of the group’s choice and keep for themselves. However, the group has announced that if they win the competition, all of their money, including personal earnings, will go to both the National Center for Transgender Equality (NCTE) and the Equal Justice Initiative (EJI).