Not all tragedies are equal 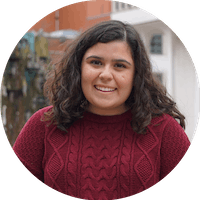 Within the last three weeks, two events shocked people around the world. In Sri Lanka, bombings killed hundreds of innocent civilians on Easter Sunday; in France, a fire destroyed part of the Notre-Dame Cathedral. To me, one of these events is clearly more devastating than the other.

The massive loss of human life in the Sri Lanka outweighs the partial destruction of an object that symbolizes culture and history. Nonetheless, the Notre-Dame fire received significantly more attention from the public. To address this discrepancy, we must realign our priorities when it comes to mourning tragedies, and everyone can contribute to this change.

The burning of the Notre-Dame de Paris was a tragic artistic and historic loss to France. Built in 1345, the cathedral witnessed a number of significant events in French history, and the fire overwhelmed many people who felt a connection to the monument. While the fire of Notre-Dame was upsetting for many, no lives were lost, and the majority of the structure still stands.

On the other hand, the death toll of the Easter bombings in Sri Lanka reached 253 individuals, with many more injured. The bombings, unlike the accidental Notre-Dame fire, were an intentional act of terrorism. They were a deliberate act of hatred that resulted in large-scale loss of human life.

Despite the fundamental differences between the bombings and the Notre-Dame fire, Western society did not give the event the attention it deserved. The clear imbalance of societal attention given to Notre-Dame versus Sri Lanka can be seen through financial donations and social media.

The rebuilding of the French landmark is estimated to cost between 330 to 670 million dollars; however, between 850 million and 1 billion dollars have already been pledged to help fix the damage caused by the fire. This large sum of money was raised within days of the burning.

Sri Lanka has not received this same level of support. The Sri Lanka Red Cross Society has only raised $142,866 of its $400,000 goal, and over a week has passed since the bombings.

While the difference in donations for the two incidents is shocking, it is likely that the average person has not donated to either cause. Nonetheless, society’s misaligned priorities are still evident through the use of the internet and social media when it comes to the two events.

Data from Google Trends revealed that within 24 hours of both events, the Notre-Dame fire received between five and nine times greater search interest than the Sri Lanka Easter bombings.

In addition to different traffic in search results, at least from my personal experience, it appeared that more people mourned the loss of Notre-Dame than the deaths in Sri Lanka on social media. While my personal feed may not be representative of society as a whole, I noticed more posts about Notre-Dame than Sri Lanka from the people I follow on Instagram, Twitter, and Facebook.

Although Princeton students may not have donated to either cause, it is likely that they engaged in discussion over social media about the incidents. In the future, we will have greater financial capability to make donations, and we should start determining our priorities now.

Certain tragedies may affect people more than others, and that is completely valid. While it is not wrong to mourn the loss of Notre-Dame, we should make sure we are paying attention to all of the catastrophes that strike society and thinking about them critically. Although the Sri Lanka bombings are objectively more appalling than the Notre-Dame fire, both deserve to be mourned — just not equally.

As individuals, we are entitled to decide which causes to support; however, when making these decisions — now and in the future — we should try and remember that some tragedies affect human life more than others.