Hail to the Chiefs, but still a culture to be decided 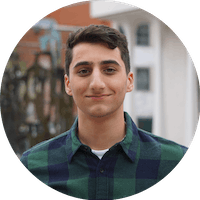 NFL players and domestic or relationship violence are not an uncommon duo.

Take the most notorious example of ex-Baltimore Ravens running back Ray Rice. A video (trigger warning) was released in February 2014 showing Rice dragging his unconscious fiancée (and now wife) Janay Palmer from an elevator. He was indicted on aggravated assault charges in March of that year and was suspended in July for two games, for which the NFL and its commissioner Roger Goodell received widespread backlash. In September, the infamous video surfaced of Rice brutally assaulting Palmer, knocking her unconscious, although the video had reportedly been in police possession since February. Rice was released by the Ravens and suspended indefinitely by the NFL that September.

Since then, there have been numerous cases of violence against women by NFL players, and four arrests in 2018 alone. The trend could potentially continue with the newest example of violence against women by players in the league. On Nov. 30, TMZ published a video (trigger warning) showing former Kansas City Chiefs running back Kareem Hunt “brutalizing” a young woman — although that word may be a bit sensational — and specifically shoving and kicking her.

Hunt was released by the Chiefs hours after the publication of the video. Even still, I fear this act will have very little impact on the way the NFL and football organizations deal with players who have committed relationship violence.

Hunt was first placed on the Reserve/Commissioner Exempt List, which is a special player status appointed only by the commissioner that makes players temporarily exempt from all practices, games, and team activities, before being cut.

The incident took place on Feb. 10, 2018, and the Chiefs organization was aware of it shortly after its occurrence, long before the video footage emerged. It stated that Hunt “was not truthful” in discussions with “several members of [its] management team” that took place much earlier in the year, and for that reason, decided to release him.

The 23-year-old Hunt was electric last year, rushing for 1,327 yards and catching for 455, while tacking on 11 total touchdowns. The running back out of the University of Toledo made the Pro Bowl his rookie season and has continued this run of success into the 2018 NFL season. This year, he’s amassed 1,202 yards from scrimmage and 14 touchdowns already, with six weeks of regular season football left to play.

He was set to defy the popular NFL expectation of a sophomore slump until his actions were discovered on record and broadcasted to the entire world.

I commend the Chiefs organization for its quick and firm response to the incident. It was only a matter of hours until it made its decision. To cut one of your most valuable players, and a key element to the Chiefs’ 10–2 record this season, is painful. But when dealing with this level of behavior and dishonesty, the decision became that much easier to make regardless of the strategic advantage the Chiefs forfeited. Despite this act, a precedent is far from set in the league.

On Nov. 25, San Francisco 49ers linebacker Reuben Foster was released after his arrest and charge for misdemeanor domestic violence, also his second alleged altercation. According to The New York Times, “Foster slapped Ennis, pushed her in the chest, and slapped a phone out of her hand.”

And what did Doug Williams, the senior vice president of player personnel for the Redskins, have to say about the matter? “Basically what you’re doing here is you’re taking a high-risk chance. The high risk was the beat-up that we’re going to take from PR. We understood that from a PR standpoint, and we’re taking it.”

It seems there are two sides to the spectrum in the NFL: On one hand, the league enacts essentially life-long suspensions on players, like Rice, once conclusive, indisputable video evidence depicts a horrendous, unforgettable act. On the other, the league treats players like Foster, who have histories of domestic violence and poor behavior, lightly, and teams, in essence, condone actions like these by continually employing these players.

The NFL feels obliged to make tough decisions only once high public outrage intersects with damning proof. And because of this, the league’s decision-making logic is arbitrary and unfair. It’s only a matter of time until we find out where Kareem Hunt lands on this murky scale.

His talent and prolific football record will prove tempting for teams around the country and if Foster was picked up only two days later, it will be interesting to observe how other teams will react to a running back of Hunt’s caliber.

Whether it be Rice, Foster, or Hunt, these kinds of cases decide a culture. There are precedents to be set, and the Chiefs have shown considerable strength with this recent decision. If Goodell and the NFL want to see a structural change aside from policies, there must be a cultural shift.

As with any institution, Princeton included, sometimes it takes harsh or persistent decisions to set precedents that benefit the community in the long-run.

When the University finally decided to dismiss a professor from the faculty after a year of initial allegations and investigations, the culture surrounding sexual misconduct surely saw a step in the right direction.

Football is no different. As long as this kind of behavior is tolerated, the problem will continue. It’s been four years since the Rice case, but players keep making the same decisions. And so does the NFL.

Arman Badrei is a first-year student from Houston, Texas. He can be reached at abadrei@princeton.edu.