The truth behind ‘Leave No Trace’: A discussion with Debra Granik 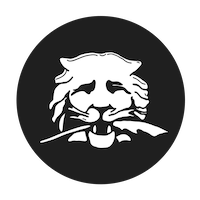 “She was an expert at sautéing slugs,” said director Debra Granik, describing the wilderness expert who trained actors Ben Foster and Thomasin McKenzie for their roles as father and daughter in her 2018 film “Leave No Trace.” Though only McKenzie agreed to try the slugs, Granik assured the audience at a talkback following the film’s screening as the latest installment in the VIS Fall Film Series, “they were both willing to get dirt under their nails. There’s nothing prissy about this.”

The actors, who also perfected skills such as how to perfectly feather sticks and spark fires, were not the only ones to approach the film with an immersive, hands-on attitude. Granik, who alternates between creating documentaries and works of narrative fiction, firmly believes in authenticity.

“Leave No Trace” follows father Will and adolescent daughter Tom as they try to piece together their lives after being evicted from their home in an Oregon public park. Will’s inability to cope with past trauma keeps him constantly on the move, uprooting his daughter, who desperately wants to stay put, and thereby straining their relationship. Although the film is a work of fiction, Granik infused elements of truth into it at every stage.

In writing the script, Granik made it clear that she “can’t sit at my laptop and write about a life I know nothing about — I’m so limited.” She spoke to veterans and those who live in the rural communities rendered throughout the film. In casting, rather than looking for established names, she chose actors who seemed most willing to learn and experiment. In shooting, she decided to work with a local cinematographic group that knew exactly how to deal with the ever-present rain. She incorporated some non-actors into the film, such as a man selling miscellany within a veterans administration hospital.

As media historian Amy Herzog points out, the film deals with what in today’s rhetoric of political polarization are characterized as the forgotten demographics of American society: Forest-dwelling vagabonds, gun-toting veterans, future farmers, and Christmas tree manufacturers. Primarily reduced to faceless red votes in our New Jersey Ivy League bubble, the film depicts these people and their lifestyles with empathy and honesty.

Granik shows country teenagers preening rabbits for pageants, old women gaining the trust of and caring for a hive of bees, and kind people going out of their way to care for others. The unity of the United States in its humanity, so often ignored in mainstream media and inescapable political coverage, is delicately reinforced throughout the film.

Granik explains that she finds “meaning in taking stories of everyday life and its struggles, but I’m always looking for a little bit of hope to stick in.” “Leave No Trace,” in the form of a bag of supplies always hanging ready for Will or a Massachusetts native breaching the bounds of her blue voting district, has that hope. It’s just up to the viewer to spot it.

The final screening and discussion (“The Miseducation of Cameron Post” directed by Desiree Akhavan) of the VIS Fall Film Series will be 7 p.m. on Nov. 28 at the Jimmy Stewart Film Theater.