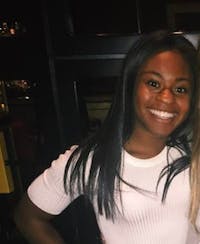 Super Bowl Sunday is essentially an American holiday. Rocky-Mathey dining hall featured a game day meal of wings, chili, and guacamole, and every TV on campus streamed in to the biggest day in sports. Some watch for the game, but some stick around just for the commercials. Companies are willing to pay NBC about 5 million dollars per every 30 seconds. Car company Ram Trucks invested heavily in a minute long slot for their ad featuring a recording of a sermon delivered by Dr. Martin Luther King, Jr. 50 years ago to the day. With his voice serving as the only audio, quick blips of a Ram truck trudging through mud spliced various scenes of service work.

Many are accusing Ram for appropriating King’s words and repurposing them in an effort to make a profit. Although I am not surprised by this reaction, I thought the advertisement was one of the best commercials of the Super Bowl this year. It felt deliberate, thoughtful and humbling, and provided a much-needed reflective moment in the heat of what is one of the most consumerist, wealth-celebrating nights of the year.

Opening in silence with a black screen, the first words projected are “Dr. Martin Luther King.” Dr. King is one of the most prominent and valued cultural figures of the 20th century, and many found it inappropriate to involve his legacy in the trivial world of Super Bowl advertising. Yet Ram evoked King’s memory with a serious tone. Ram did not manipulate King’s voice or image to conform to the generally light spirit of the night. Instead, Ram provided a moment of silence of sorts for King, and built a commercial honoring the spirit and goal his words. I interpreted it as a tribute rather than as a disparagement.

The ad uses the motivational, yet service-driven, message of King’s words to celebrate everyday Americans and to display Ram trucks’ utility in facilitating these jobs. King’s voice promotes a new definition of greatness: “but recognize that he who is greatest among you shall be your servant.” Scenes of teachers, military personnel, mothers, fathers, and construction workers are shown as his words continue to detail the valor of service. In my mind, there a few more productive ways to spend $10 million on advertising than exalting members of society who are often ignored, as well as expanding the definition of what it means to contribute to society.

King explains that greatness is also accessible to anyone: “everybody can be great … you only need a heart filled with grace.” King’s phrasing may have been stylistic at the time, but in the context of 2018, I hear something else. Trump’s “Make America Great Again” slogan is the most visible use of the word great now, and the Ram ad seemed to be a commentary on the components that have always made America great: racial and gender diversity and opportunity. The speech King gave Feb. 4, 1968 is 10 pages long. They could have built a commercial off of any excerpt, but this one must have stuck out for many reasons, and I can’t see the echoing of “great” as not being one of them.

Using an excerpt from a sermon King gave on Feb. 4 showed an attempt to give the ad some temporal relevance, but also brings up the bittersweet endurance of King’s legacy and what he fought for. Weaving civil rights into the NFL is nothing new, especially this season. From players kneeling to Kaepernick remaining unsigned, members of the NFL are still engaged in the same causes King was. Ram is not blind to this connection, and I applaud them for quietly, but actively engaging in the league’s relationship to civil rights, despite the obvious risks for push back.

Right after the commercial ended, a friend remarked that, “I liked that ad, but maybe they should have left MLK out of it.” Other students agreed, but I stayed silent. In American culture, any explicit acknowledgement of race or civil rights is subject to controversy. This is healthy to an extent, and generates good conversation on a certain level, but it is problematic to restrict cultural figures like King to specific contexts. Confining his legacy into one singular topic limits his prospective audience.

Some students feel these restraints at Princeton. Questions of authority and appropriation surround most conversations about race, ethnicity, and religion. This can contribute to the feeling that one can only engage in or discuss these topics as they relate to their own background. Because of this, students of varying backgrounds may not engage with figures like King as much as they should. Sometimes it takes a public display, like this commercial, to expose students to topics they would not normally seek on their own, due to any factors, from fear to laziness. By incorporating King’s legacy into a casual, far-reaching depiction such as a Super Bowl commercial, his universality and relevance are highlighted and permeated through many aspects of American life, racial and non- racial. I’d rather students hear one of King’s sermons than none at all. Ram presented a new audience with an opportunity, and I appreciate its effort.

Rachel Kennedy is a first-year from Dedham, Mass. She can be reached at rk19@princeton.edu.