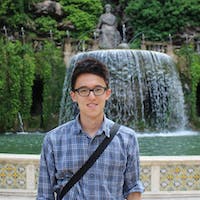 “A man who bleeds from his genitals every month has a medical problem,” my philosophy professor once quipped while discussing Plato’s “Meno,” “yet a woman who bleeds every month is healthy.” While there is a unified concept of health, Plato argued, how it manifests itself in a particular entity will depend on the entity’s biological nature.

President Trump recently announced new exemptions from the Obamacare birth control mandate, meaning that employers with moral objections to contraception can opt out of providing free birth control coverage for employees. Immediately, article after article criticized the move for several reasons: it would put family planning out of the reach of poor women, allow employer discrimination, and harm women’s health care. The first objection is a matter of public policy, the second one constitutional; but the third one presents a philosophical tension.

To determine the implications of considering birth control to be health care, we must consider what health means. Is health rooted in biological capacities? Or, on the other hand, is health the ability of one’s body to do what one wants it to do?

Hormonal birth control — assuming it is prescribed to avoid pregnancy and not to treat another gynecological problem — suppresses the natural function of the reproductive system. This sets it apart from other drugs that treat illnesses or disorders and seek to return the body to health, as defined by the proper functioning of all bodily systems. Certainly, contraception may improve the subjective well-being of the person, yet the ability to become pregnant is far from a disorder; it is an indicator of health.

If we include medications that counteract normal bodily operation as “health care,” we run into one of two problems. The first is that the word “health care” eventually becomes over-expansive and comes to include any service that improves one’s subjective quality of life (e.g. cosmetic procedures or performance enhancements). Alternatively, the term “health care” ceases to be a medical term and becomes a political one — we label things that we like as “health care” so that we can label our political opponents as “anti-health care.” Again, it is important to note that the same drug can be used either to treat a medical disorder or to prevent pregnancy, and that these are very different cases.

One way to salvage the concept of birth control as health care is to disentangle human nature from its biological roots and redefine it according to new principles. In Aldous Huxley’s “Brave New World,” sex has been completely severed from reproduction. All babies are created in test tubes, so the reproductive organs exist purely for sexual pleasure. In this world, having sex for pleasure is as essential to human nature as eating or sleeping, while pregnancy is a pathology. Accordingly, birth control is free and ubiquitous.

Similarly, in Judith Jarvis Thomson’s famous defense of abortion, she compares pregnancy to pollen-like “people seeds” which can, at any minute, float in the window and take root in our homes. Thomson is positing a new view of reality, one in which pregnancy is a disease that can strike anyone at any time, rather than a biological consequence of certain choices. Under this worldview, it makes sense to call birth control health care.

But this world is not the world we live in. Pregnancy is a predictable consequence of being sexually active, and choosing not to have sex is always an option. In portraying healthy female reproductive function as a condition to be treated, we have actually created a male-preferential world where sex is an assumed part of life but only women need to worry about the risks. We have shifted responsibility for the consequences of sexual activity from the couple jointly to the woman alone. Because a woman’s partner is rarely expected to foot half the bill for the pill, we have turned to employers and governments to defray these costs.

I believe in health care. I believe that society has a duty to provide life-saving and health-preserving care to the most vulnerable. There may very well be a place for birth control in government programs for the poor or uninsured, even if it does not fall under the label of health care. But, what we as a society label as healthy or unhealthy has ramifications for how we view ourselves and our human relationships. How we use the term “health care” matters.

Thomas Clark is a junior studying computer science from Herndon, Va. He can be reached at thclark@princeton.edu.