“Quality and simplicity of ingredients,” described Robert, the manager of the Jules Thin Crust on Witherspoon St. If this characteristic in food sounds appealing to you, you can check out Jules Thin Crust. With a variety of vegetarian, vegan, and gluten-free options, this quiet, family-owned pizza parlor is dedicated to creating food that is healthy, organic, and delicious for both kids and adults. A range of fresh, local ingredients top the signature thin crust pizza, cooked to the height of delectability with just the right combination of crunch and soft goodness. What could be better?

Decorated with quirky Edison light bulbs and cheery red chairs, Jules has a relaxed atmosphere that is perfect for a quick meal with friends or family. Rows of colorful slices topped with cheese, vegetables, and/or meat are located behind a thin wall of glass by the register, where visitors order their pizza and then seat themselves. Beside the cash register, a blackboard lists the names of various local food providers, the sources of the restaurant’s fresh ingredients. Most of the 3 inch pizza slices are under $4, which is quite affordable for a student budget.

The space is clean, modern, and peaceful, filled with the low voices of patrons and throwback music from the early 2000s playing softly in the background. Customers vary in age and background, and are “as diverse as Princeton,” according to Robert. The service is quite fast, with the pizza being heated in the oven and then delivered on a wooden platter. The staff is friendly and accommodating, making the experience pleasurable even before the first bite.

The most popular vegetarian pizzas include the V1 and the V13. The V1, basically a Greek salad on pizza, is definitely a healthy option. The famous thin crust is packed to the brim with ingredients like romaine lettuce, feta cheese, and cubed tomatoes. Thin shavings of red onion provide the necessary crunch, and salty slices of Kalamata olives add a kick to the overall flavor of the slice. Similarly, V13 is light and simple, with fresh goat cheese and mozzarella topped with pesto, tomatoes, caramelized onions and basil. V13 is easier to eat than V1, with its ingredients melted together onto the crunchy crust rather than gathered loosely on top. Both slices were a bit lukewarm and should have been heated more thoroughly. Despite the temperature of the pizzas, both veggie slices were the epitome of straightforward and delicious food, fulfilling Jules’ mission, as articulated by Robert, of bringing “quality and simplicity” to the table.

As suggested by the staff, the two top meat pizzas are M4 and M8. M4, also known as “Kim’s Pie,” is topped with roasted chicken, mushrooms, caramelized onions, chives, mozzarella cheese, and a balsamic BBQ sauce. The taste is decidedly complex, with the chicken, mushrooms, and onions adding richness, the chives supplying color, and the mozzarella tying everything together. The thick, slightly sweet sauce is quite an interesting mix of balsamic and BBQ, with both flavors reinforcing rather than overpowering each other. The second, M8, is a buffalo chicken pizza with gorgonzola adding saltiness, arugula providing a bitter tang, and celery furnishing a pleasing crunch. As with the veggie pizzas, the meat slices could have been hotter, but the sophistication of flavor made for a satisfying meal.

As we were eating, a fellow patron leaned over toward the table that my friend and I shared, revealing herself to be a loyal Jules Thin Crust customer. She expressed delight over her pizza, which she declared delicious — a difficult find considering the fact that she is vegan. “There’s something here for everyone,” she exclaimed. Indeed, each patron, from the tiny, bespectacled child munching on her pepperoni and sausage slice to the tattooed man quietly chewing his squash and apple pie in the corner, appeared to agree.

We break down the upperclass dining pilot program, set to launch on Feb. 27.

We break down the upperclass dining pilot program, set to launch on Feb. 27. 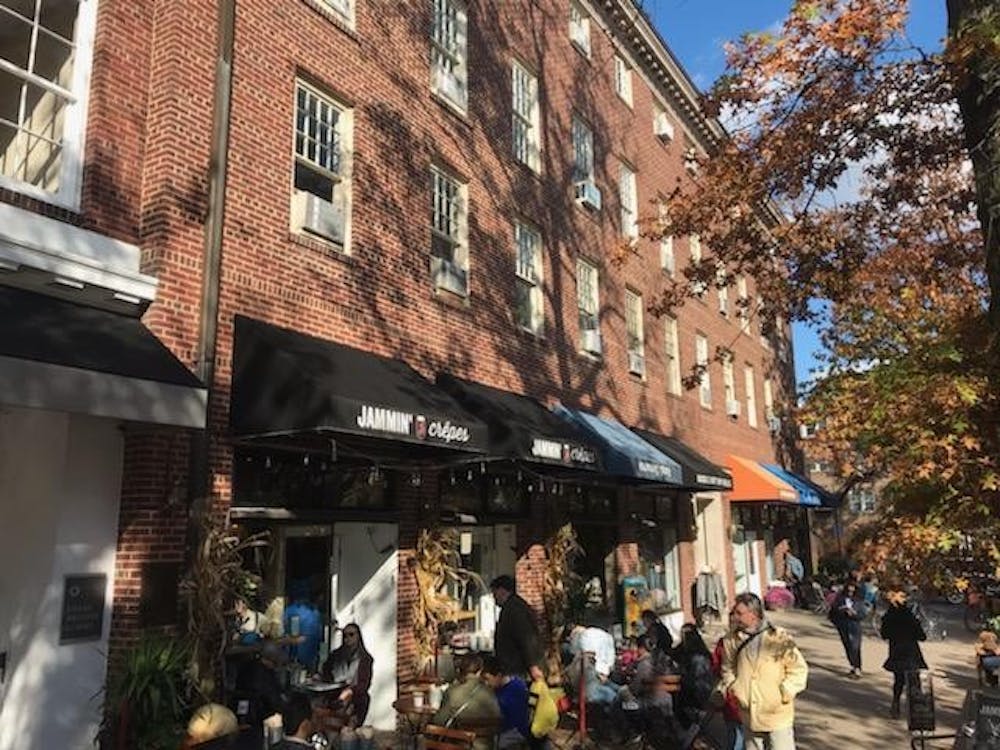 HUMOR: “I just had my second kid. Now, instead of being able to buy formula, I can either feed a Junbi matcha latte or Thomas Sweet melted vanilla ice cream to my infant child. Great.”

HUMOR: “I just had my second kid. Now, instead of being able to buy formula, I can either feed a Junbi matcha latte or Thomas Sweet melted vanilla ice cream to my infant child. Great.”