“There is a doctor who argues that women’s ovaries, and their teeth and skin, will dry out if their ovaries are not regularly bathed in male semen,” Rebecca Traister said in the face of nervous chuckles from the audience. She let slip that this was only a joke, and the crowd howled with laughter.

Traister, a writer for New York Magazine, was invited to discuss the theme of her most recently released book. Published in 2016, "All the Single Ladies" discusses the history of single, unmarried women in the United States from its inception to the modern day.

She began by discussing the motivation for the piece, saying that she expected much of early history to be the literal burning of witches at the stake. The most noticeable statistic, however, appeared in the last 20 years.

Traister said her own marriage experience motivated the piece. She said she noticed that despite the age shift, marriage had remained the defining cultural transition to adulthood for women throughout the country.

Starting in the days of colonial rule, Traister explained how the principle of coverture essentially meant that women were the property of their spouses, their own identities “covered” by those of their respective husbands. She also noted that this contributed to a co-dependence: men depended on women to take care of the household so they could focus on income, and women depended on men for income, housing, and social standing.

“It wasn’t until 1974, with the passage of the Equal Credit Opportunity Act, that married women could get their own credit cards, mortgages, or loans without the signature, the permission, of their husbands,” Traister explained. “Marital rape was not, in fact, considered illegal until deep into the 1970s, with some of those laws still enacted until the 1990s.”

Traister also expounded on the intersectionality of feminist issues at this point in time, talking about how the right of free marriage was not extended to slaves, but that many of these slaves were forced to marry other slaves, both to discourage running away and to produce enslaved children.

Expansion to the West Coast brought its own set of issues, namely a gender imbalance that spawned several drastic proposed solutions.

“In 1865, the governor of Massachussetts actually suggested transporting 30,000 surplus women to Oregon and California,” Traister noted.

Still, increasing numbers of unmarried women caused a shift in attitudes towards their societal role, transforming it from socially unacceptable behavior to a pious position of increased responsibility to the community. Traister explained that the movements for abolition, suffrage, temperance, and prohibition were borne by a wave of unmarried women. She also noted that public education began with women filling the majority of teaching roles and led to the first major inclusion of women in unions. By this time, the stigma against being unmarried had been weakened, but was far from disappearing. The first peak in women’s single personhood appeared near the end of the 19th century.

“For women born between 1865 and 1875 that peak, by the way, is only 11 percent, so we’re still talking about a tremendous minority,” Traister explained.

Traister said that an increasing number of women had joined the workforce by the beginning of the 20th century, noting Lowell, Massachusetts and the Triangle Shirtwaist factory as prominent examples. She credits women with contributing to a large portion of activist movements throughout history, including labor and social justice.

“It is young women and girls in factories who staged some of the very first walkouts of what would become the labor movement,” Traister said.

Tying this era together, Traister praised the achievements of single women during this time period.

“If you consider single women as serious drivers of these nation-changing social movements, and I do … you can see the impact that they had: labor laws, reshaping the constitution, the 14th, 15th, 18th, 19th Amendments,” Traister explained.

She then noted that soon after, many establishments, from political to medical and social, started to encourage women to date and marry. The same “old maid” narrative from before started to reappear, stigmatizing women who chose not to date in the 20th century. She further explained that the development of suburbs further pressured women into marrying and having children, though she noted that this pressure predominantly applied to the white families who were allowed to live in these neighborhoods. To some degree, the messages worked.

The Voting Rights Act, the advent of legal and advanced contraception, and the creation of new professions and paths for women overrode any influences from the previous era by the late 1970s, Traister noted. However, she argued that public policy has yet to catch up to meet the needs of more fully empowered women.

She ended by explaining that modern fights for women’s rights are just as essential to the story of single women throughout history.

Traister’s talk was part of the Stafford Little Lecture Series and took place in McCosh 50 at 6:00 p.m. on April 4. 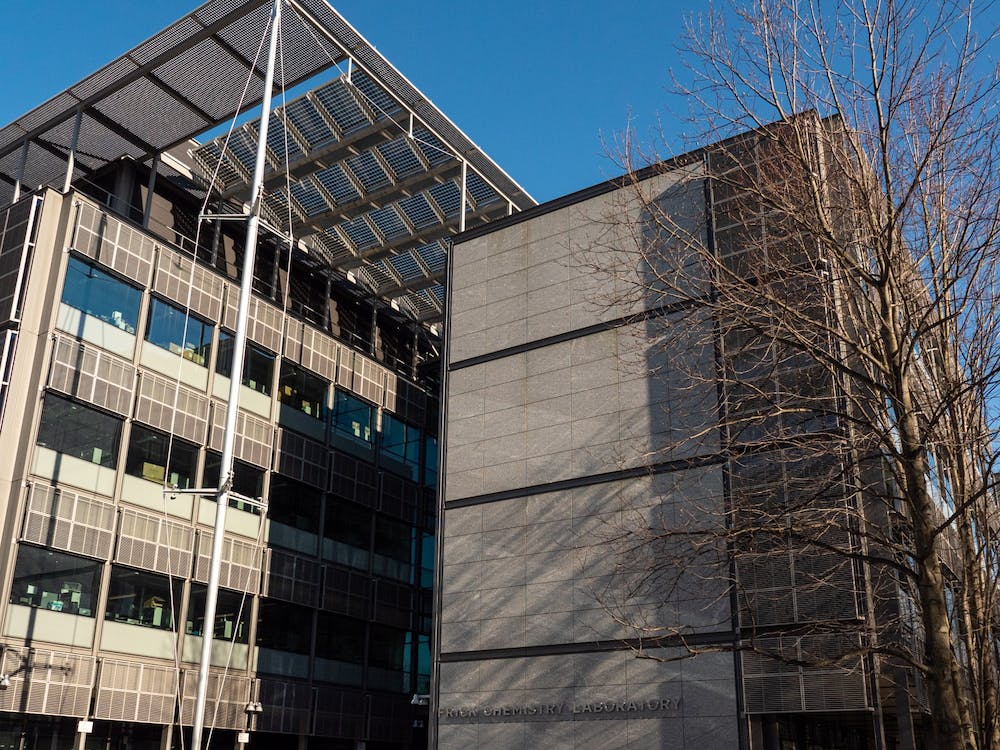