U. Professor Falk blocked from lecturing in UK over anti-Israel report

University Professor Emeritus of International Law and Practice Richard Falk was blocked from lecturing in two universities in the United Kingdom after co-authoring a report calling Israel an "apartheid" regime.

Criticism of Falk stems from his time serving as the United Nations Special Rapporteur on "the situation of human rights in the Palestinian territories occupied since 1967," a position he held from 2008 to 2014. After his election to the post in 2008, Falk was initially denied a visa to Israel, the West Bank, and the Gaza Strip by the Israeli government, following comments he made that Israel's treatment of the Palestinians to the atrocities committed by the Nazis in Europe.

Since then, Falk has criticized Israel's strikes on Gaza in December 2008, and in 2010 he published a report detailing the "most salient apartheid features of the Israeli occupation," including preferential citizenship for Jews over Palestinians, "punitive house demolitions," and "discriminatory arrangements" for traveling from the West Bank to Jerusalem.

Falk's final report in 2013 called for an investigation by the United Nations into Israel's treatment of Palestinian prisoners, citing instances of arbitrary detention, torture, and coerced confessions.

In 2017, Falk co-authored a report along with the Economic and Social Commission on Western Asia, comprised of 18 Arab countries, which again accused Israel of "apartheid." This report was withdrawn from the UN's webpage by Secretary General Antonio Guterres after global criticism, notably from the United States and Israel.

In an interview with the news organization Middle East Eye, Falk noted that his report only represented the opinion of the individuals writing the report, not that of the United Nations. He also added that the report was not as controversial as his critics make it out to appear.

"[The report] looks at the contention of apartheid as applicable to the Palestinian people as a whole, and not just those living under occupation," he said. "This means including refugees, involuntary exiles, the minority in Israel, and residents of Jerusalem within a coherent overall structure of systematic discriminatory domination."

"The United States stands with our ally Israel and will continue to oppose biased and anti-Israel actions across the UN system and around the world," U.S. Ambassador to the United Nations Nikki Haley said in a statement. "The United Nations Secretariat was right to distance itself from this report, but it must go further and withdraw the report altogether."

UN Watch, a Geneva-based human rights organization, further called for the United Kingdom to expel Falk for his comments last week. In a letter to UK Prime Minister Theresa May, the organization states that Falk has been officially denounced by the UK three times for anti-Semitism. The letter notes further that Falk published an anti-Semitic cartoon in 2011 and provided "the cover endorsement of a virulently anti-Semitic book that describes Jews as Nazis, and which asks whether 'Hitler might have been right after all.'"

Falk described his treatment in the UK as endemic of the trend of restricting academic freedom on university campuses, noting that those calling him "anti-Semitic" are missing the point.

“As far as I can tell, there is a growing kind of feeling that the educational establishment in Britain, specifically in England, has been kind of intimidated in dealing with those who are seen as critics of Israel,” he explained in an op-ed in the Middle East Eye. "What is disturbing about my experience is not only the personal loss of opportunities to discuss my views on Palestine and bringing a sustainable peace to both peoples, but also the adverse institutional consequences of silencing discussion of controversial issues of wider public interest." 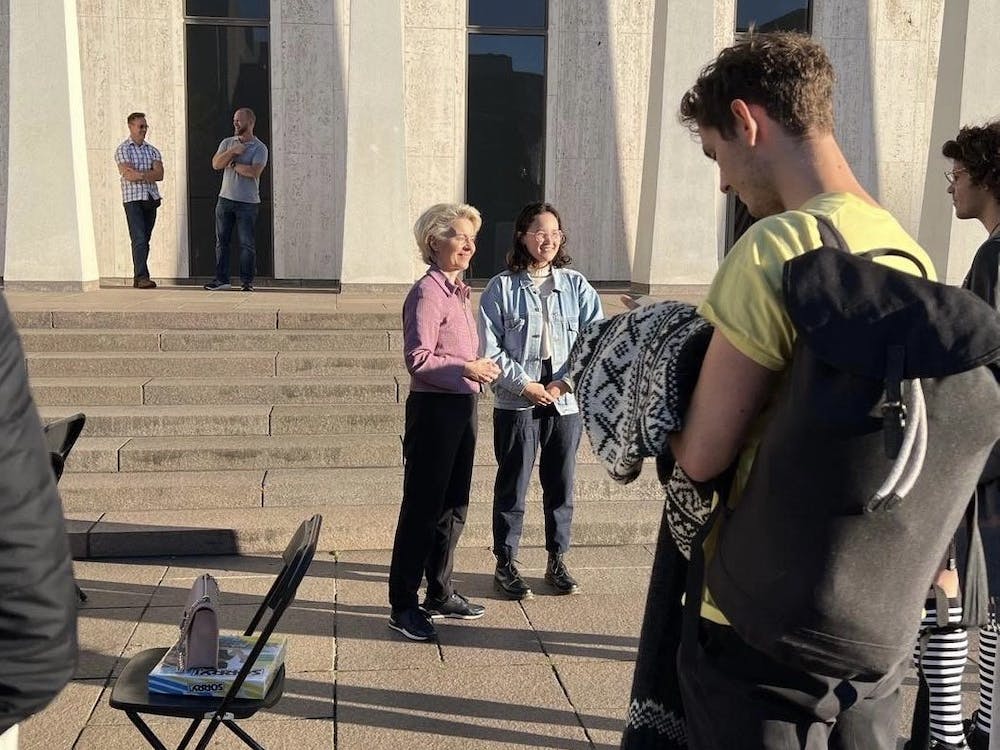