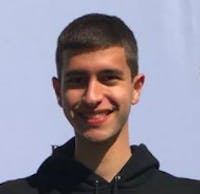 Despite the opinions of several Princeton fans, I believe the method of selection for the Ivy League’s March Madness bid is fair. Just like all other conference champions, Princeton had to win a tournament for its automatic bid.

As we witness year after year, tournament-style play differs significantly from that of the regular season. The “win-or-go-home” atmosphere pushes teams to give it their all for a shot at the title. March Madness gets its name from the amalgamation of excitement, heartbreak, and energy associated with these high-stakes games. We can think of the Ivy League tournament as an extension of the NCAA Division I Tournament as a whole — for Princeton, Harvard, Yale, and Penn this year, winning games in the Ivy League tournament was the only way to advance along the road to a national championship. Had Princeton lost this weekend, the strongest Ivy League team under pressure of tournament style play would have advanced, rightfully so.

With Princeton’s historic wins over Penn and Yale in two very exciting games this weekend, the Tigers earned their trip to the NCAA Division I Basketball Championships for the first time since 2011. No. 12 Princeton has its first matchup against no. 5 Notre Dame — runners-up in the ACC Conference — on Thursday, Mar. 16. Best of luck to the Tigers as they fight for a national championship!

Jared Shulkin is a freshman from Weston, FL. He can be reached at jshulkin@princeton.edu.