The Undergraduate Student Government held its last senate meeting of 2016 on Sunday, Dec. 11, to prepare for the next semester and debrief the recent student election.

Student leaders discussed the recognition of new, incoming student groups, updates on the student election, as well as the selection of the new members of the Women’s Leadership Task Force.

The meeting moved on to discuss and debrief the events of the student election. According to the report by Chief Elections Manager Sung Won Chang '18, voter turnout was unprecedented, with roughly 50 percent of the Princeton community, or 2,615 students, coming out to cast their votes. This percentage was a 30 percent increase from last year, according to Chang.

The races themselves were highly competitive as well, according to Chang. 29 candidates qualified for office, with only the vice president and the Class of 2018 senator position being uncontested. A runoff vote for the USLC Chair will be held next week between Dec. 12 and Dec. 14.

USG President Aleksandra Czulak ’17 expressed her optimism for the future of Princeton student voting trends and participation in the USG.

“The 49.8 percent voter turnout rate is high for us and should be sustainable and kept sustainable because it is very important to us and makes a huge difference,” Czulak said. “This was the most contested race I have ever seen during my time in USG. Before we had one person running or had to fill multiple vacancies. Also, post national election made a difference as well, pushing people to be more informed and come vote.”

Czulak further speculated that high USG presence in social media and email as well as the recent national election may have played a part in the unusually high voter turnout.

“I think there was a general push for the length of voting,” Czulak noted. “I think I sent more emails in the span of three days to every class than I have the whole year. Pushing it out on social media also helped, you can see the number of people voting after something is posted on Facebook and the blasts that we had were incredibly helpful. So, I thank everyone who posted to link to the election and got new people to vote for the first time during their time at Princeton and just getting the voter turnout to be much higher.”

The USG then turned to an update on the new Women’s Leadership Task Force. Presented by U-Councilor ExCom Chair Miranda Rosen '18, the update presented the selected members of the Task Force as well as goals for the remaining school year.

Myeong is the editor-in-chief of The Daily Princetonian.

Berger and Liziewski are members of the Daily Princetonian's Editorial Board.

The task force received an enormous increase in applications that originated from many different backgrounds in comparison to last year, Rosen said.

“We got 49 applications for the Women’s leadership Task Force, which is much higher than the amount of applications sent in the past in the two years we have been doing this. We selected 13 people. We worked very hard — and I think we succeeded — to find people we thought represented a lot of different aspects of the community, and we are very excited to have them on.”

Rosen went on to highlight the goals for the task force.

“What we are going to be doing with this group of people is work on creating positive recommendations to improve the environment for women leaders on Princeton’s campus," Rosen said. "Specifically reviewing the Report of the Steering Committee on Undergraduate Women’s Leadership from 2011 and seeing what they said they wanted to do and see if they came to fruition and see if we can change or perhaps better implement those objectives. We also hope to look at the policies of our peer institutions like Harvard and Yale, see the improvements they have made and follow suit.”

Princeton to require COVID-19 vaccination for students next fall

Princeton to require COVID-19 vaccination for students next fall

Undergraduate students must receive their final dose of the vaccine no later than Aug. 1, and proof of vaccination must be uploaded to myUHS prior to arrival on campus.

Undergraduate students must receive their final dose of the vaccine no later than Aug. 1, and proof of vaccination must be uploaded to myUHS prior to arrival on campus. 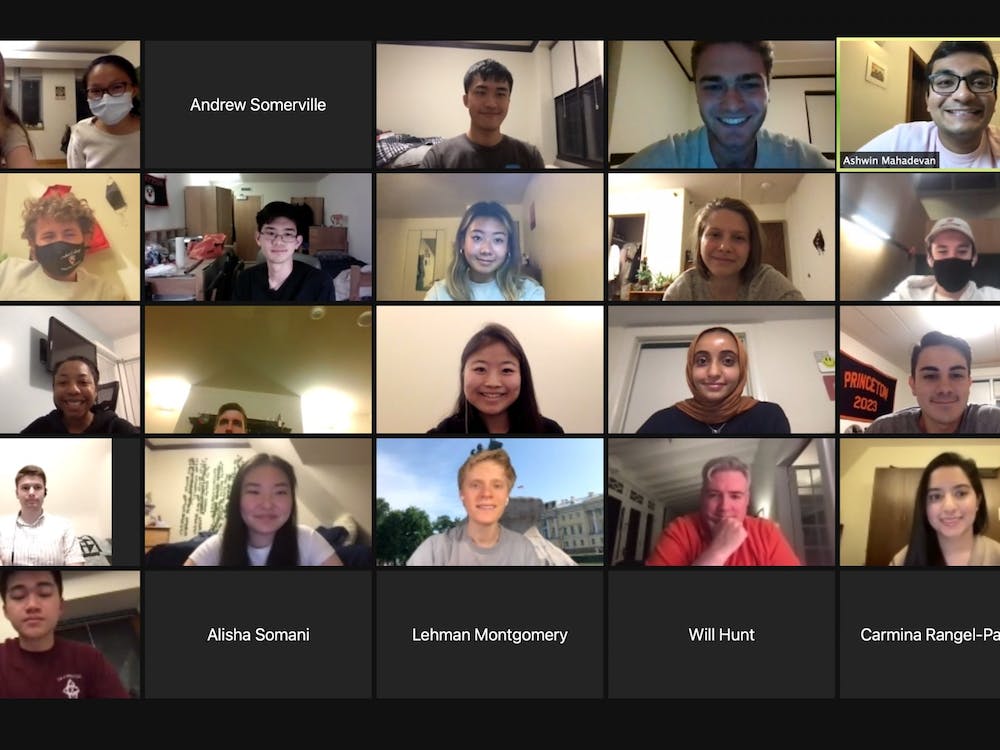