Professor Zaera-Polo files complaint for defamation by members of U.

University professor Alejandro Zaera-Polo, former dean of the school of architecture, has filed a complaint alleging breach of contract, trade libel and defamation by members of the University earlier this week.

The complaint lists the University Board of Trustees, Dean of Faculty Deborah Prentice, President Christopher Eisgruber ’83, and twenty other anonymous faculties and students as defendants.

According to the complaint, in August 2014 an anonymous posting on “Architect,” an online discussion forum, alleged that Zaera-Polo had been subjected to suspicions of plagiarism by members of the School of Architecture and listed Wikipedia as one of the sources he had plagiarized. The complaint added that these claims “could only have been made by a person associated with Princeton.”

The complaint further stated that University affiliates had misused private data to spread “false and malicious rumors and confidential information” to other professionals in the academic field as well as to members of the press.

In October of 2014, the University released a statement claiming that Zaera-Polo had resigned from his post to devote greater attention to his research and academic pursuits. However, shortly after, in a post on his personal website, Zaera-Polo revealed that his resignation was forced and resulted from an overreaction to the absence of some citations in a publication he authored for the Venice Biennale in 2014.

“President Eisgruber took such forceful action with a background of rumors clearly stemming from the School of Architecture about my contribution to the Venice Biennale 2014,” Zaera-Polo wrote in an emailed statement to The Daily Princetonian.

He added that the president’s demand for his abrupt resignation not only was inevitably taken as confirmation of rumors made out of "bad faith," but also spurred false notions of sexual harassment and financial wrongdoing.

Zaera-Polo further described his forced resignation as an unprecedented event in the history of the University and an action usually reserved for serious wrongdoing.

According to Zaera-Polo, after the University refused the request, he requested a full public disclosure of all information and documents related to his resignation. The University has declined this request as well, Zaera-Polo said.

“[This leaves] me with no option but to resort to the Court to challenge the actions of the University and defend my integrity,” he said.

Zaera-Polo further stated that there is a difference of standards that he is held to when it comes to his academic versus non-academic work.

“To my knowledge, there is nothing in my agreement with Princeton that binds my non-academic work to the standards that Princeton University uses for academic work, particularly when I explicitly stated, in agreement with the overall author of the book and in the publication itself, that my contribution to the Biennale was not an academic work,” he said.

According to a statement from Day,the University is “confident that theofficialsand faculty members who investigated and adjudicated theclaims against Zaera-Polo did so fairly and in accordance withUniversity policies and procedures.”

Currently, Chapter V of University Faculty Rules states thatany allegations of research misconduct must be made in a written statement. The claimant, or the person raising the allegations will then have a conversation with the Dean of Faculty.

“The aim in this is not to assess the accuracy of the allegations, except insofar as they may be patently mischievous or malicious, but to clarify the issues and determine whether the case falls properly under the heading of 'misconduct in research,'" the policy reads.

The Dean will subsequently form a smallad-hoccommittee to carry out a preliminary inquiry and present a reportwithin 90 days, the rules read. After this process, the faculty accused will be provided a copy of the report. At the committee’s recommendation, the Dean may form another committee to further investigate the matter. The faculty accused will be informed of the committee’s formation and membership.

Following Zaera-Polo’s original website post, the University issued a response indicating that Zaera-Polo “was unfamiliar with the university’s policies on plagiarism and that he may have directed his collaborators to breach the rules of the university.”

In February of 2015, Prentice had also sent a letter to Biennale curator Rem Koolhaas with assertions that Zaera-Polo had committed plagiarism, according to the complaint.

Zaera-Polo described this series of events as a “chain of irregularities” that can be explained as a “desperate attempt” to legitimize Eisgruber’s demand for his immediate resignation in the context of anonymously distributed rumors.

The University’s actions have been damaging to Zaera-Polo’s academic, personal and professional reputation, the brief read. 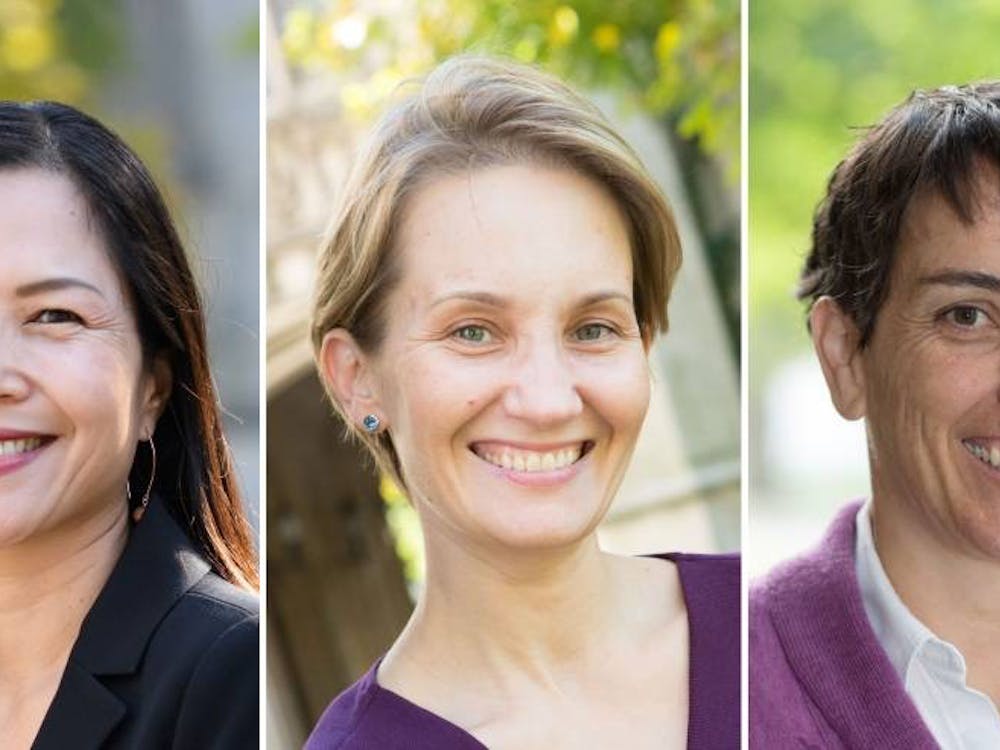