Andlinger Center for Energy and the Environment celebrates opening

Beginning May 18, the Andlinger Center for Energy and the Environment celebrated its opening with a three-day symposium featuring energy industry leaders, policymakers and scientists.

The Center, originally established in 2008 as a virtual institute with a $100 million gift from Gerhard R. Andlinger ’52, is dedicated to advancing clean energy and sustainability research. The Center’s permanent home, which is located next to the Engineering Quadrangle, was completed earlier this year.

“Questions about energy and the environment are among the most important ones facing humanity and our planet. We expect that work done in the Andlinger Center is important to addressing them,” said University President Christopher Eisgruber '83.

Andlinger said that the inspiration behind the gift comes from the belief that the downsides of climate change and the dangers of global warming are huge.

“If we can believe the majority of our scientists, the danger [associated with climate change] is absolutely huge. It spells the end of our civilization, that’s all it does,” Andlinger said. “My decision to try to do something about it is out of a sense of responsibility that I feel that I can do something that not that many people can do.”

He also noted that his inspirations came not just out of intellectual hopscotch, but also an emotional experience. In the early 2000s, Andlinger chartered a helicopter in New Zealand that flew over nearby glaciers. During one flight, the pilot of Andlinger's helicopter pointed out markings that showed how quickly the glacier was melting.

“We were going down a straight vertical wall of stone as he said, ‘Now watch for two signs painted in white ink on the rocks.’ Each had a date on it. In terms of distance, they were roughly 20 feet apart, and the time was 14 months. In other words, in 14 months, somebody has recorded [that] the melting of the glacier was just incredibly rapid,” he said.

Andlinger is also responsible for endowing the Andlinger Center for the Humanities, currently located in East Pyne Hall.

According to the incoming Dean of the School of Engineering and Applied Science Emily Carter, who served as founding director of the Andlinger Center for Energy and the Environment, the new building was meticulously designed to embody the center’s mission of environmentalism. The center is surrounded by gardens and it also utilizes an air-handling system that relies mostly on natural air flow and a heat recovery system.

“We not only worked with architects to design and build this beautiful, functional building, but we also created a diverse set of new programs to accelerate research and education in energy and energy-related environmental technology and policy,” said Carter.

The current Dean of the School of Engineering and Applied Sciences Vincent Poor GS '77, along with Eisgruber, Andlinger and Carter, inaugurated the new building in a ribbon-cutting ceremony last Wednesday.

“It was marvelous to be able to cut the ribbon last Wednesday and to celebrate the generosity of Gerhard Andlinger '52 and Paul Maeder '75. You can only carry out research of this scale with that kind of support from alumni,” said Eisgruber.

Carter explained that the building will primarily be used for research. According to a University press release, the Center features 27,000 square feet of “cleanrooms,” where filters will reduce airborne dust a thousand-fold for nanotechnology research.

Additionally, the Center has three instructional labs, a classroom and a lecture hall that will be used for teaching and public education, Carter noted. She added that with these expansions, the Center will offer new courses for undergraduate students. Currently, the Center offers a certificate in the energy track of the Technology and Society program and another in Sustainable Energy.

“[Our] new initiatives include new… seminars, retreats, and conferences, high risk/high payoff research catalyzed via funding opportunities for students and faculty, partnerships with energy companies and public education via our 'energy technology distillates' project,” she noted.

Energy Technology Distillates is a publication run by the Center that covers emerging topics in energy and the environment.

Among the speakers in the three-day celebration was Deputy Secretary of Energy Elizabeth Sherwood-Randall. Sherwood-Randall noted that she was impressed by the talent and innovative potential she had observed while speaking with various faculty members who will work in the Center. She also noted the importance of the Andlinger Center in a society facing climate change.

“The message I brought in my remarks was how urgent it is for our planet that we innovate. We have to achieve much more transformational uses of energy and means of preventing and capturing carbon emissions in order to save our planet,” Sherwood-Randall said.

She noted that the Andlinger Center also provides many opportunities for students to engage in cutting-edge research.

“Students who are interested can work with faculty on some of the most interesting research about batteries, carbon capture and other innovative technologies,” she added.

Former president and CEO of Lockheed Martin Norman Augustine ’57 GS '59 noted in his remarks that the nation is still some miles away from fully achieving clean energy solutions. However, he later stated in an interview with the Daily Princetonian that the University’s interdisciplinary approach to engineering may better generate solutions.

“Having very basic engineering studies, and coupling them with liberal arts, at least for the kind of career I had, I think made all the difference in the world,” Augustine said.

Last Friday, Yueh-Lin Loo, the Theodora D. '78 and William H. Walton III '74 Professor in Engineering and professor of chemical and biological engineering, was appointed the new director of the Center. She will succeed Carter, who will serve as the Dean of the SEAS beginning on July 1.

Loo stated that the next phase of the Center’s mission involves fostering partnership with academic units across multiple disciplines, both within and outside the University.

“We are well-poised for the next growth phase,” Loo said. "And because the area, developing energy and environmental solutions and their implementation, is so interdisciplinary, we really need a lot of different expertise around the table to move the needle.”

According to Loo, six out of the seven current junior hires in the Center have home departments in SEAS and one hired faculty has a joint appointment with the School of Architecture. Loo stated that she hopes to see more joint appointments across different disciplines.

Hotchkiss confirmed that the Air Force and Naval ROTC programs, unlike the Army, will be conducted remotely for the fall. 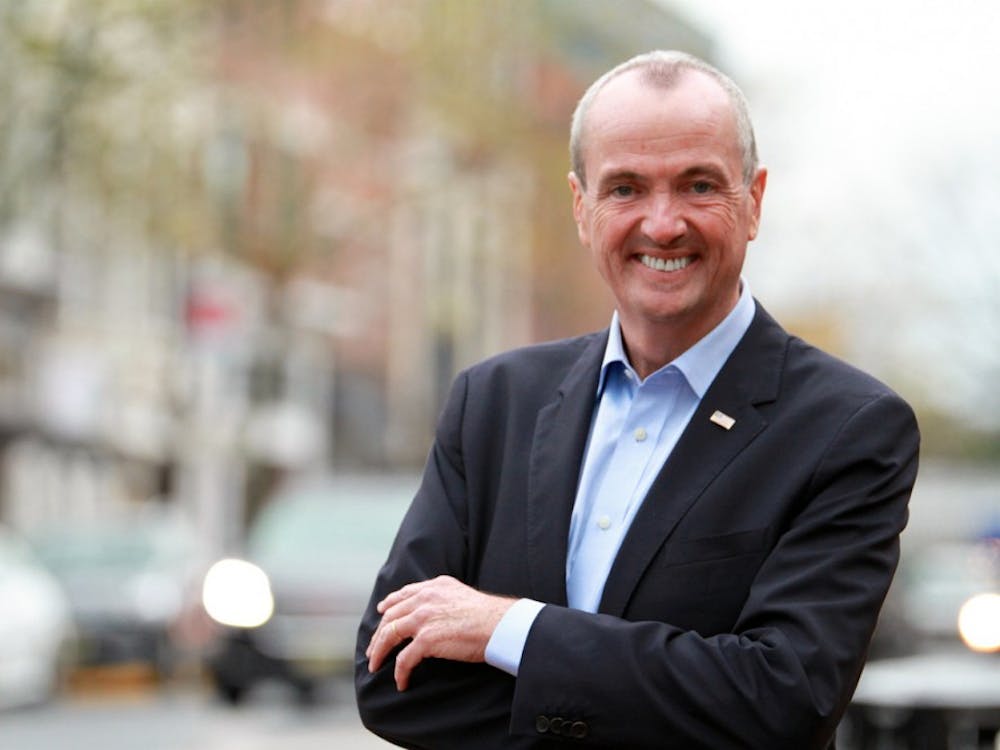 The University has no plans of reversing its new course of action for the fall, due to what Deputy University Spokesperson Michael Hotchkiss described as “a high degree of instability in state regulations and guidance for higher education.” 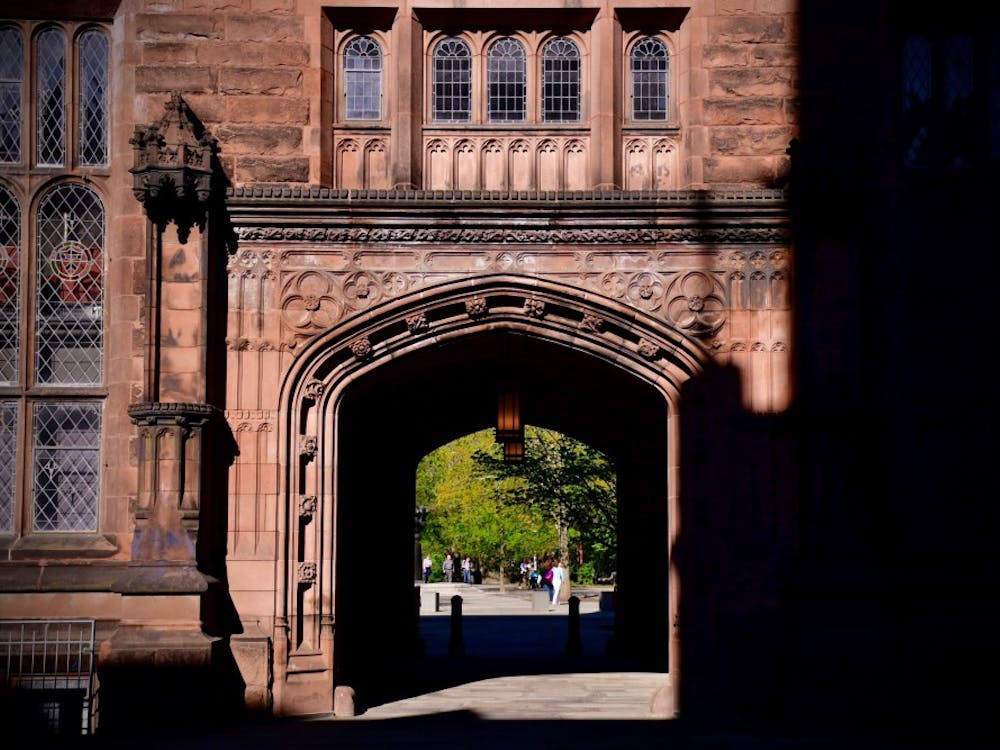 Among the departments that have provided their academic plans for the fall, there is no grading option favored by a majority: optional PDF and mandatory A–F grading have been nearly equally adopted.