Since its formation, Integrated Science Curriculum has undergone several subtle changes, the most notable being the elimination of the two-year sequence and the addition of two 300-level courses for upperclassmen, according to Professor of Physics Joshua Shaevitz.

The change in curriculum largely came about in response to student comments, Shaevitz said.

For the students who completed the two-year track, it was very successful, he said. However, the main complaint from students for many years was that the first year did not seem very integrated, because there was essentially no biology until the second year.

Additionally, a two-year track was not very compatible with some majors, he added. It locked in students in the AB program and was also difficult to schedule for engineers.

Given this feedback, for the 2014-2015 school year, the biology component was incorporated into the freshman year courses, Shaevitz said. This was in part challenging, he noted, since the curriculum now became four semesters worth instead of six, and the material had to be even more compressed than before.

This new curriculum is now more engineer-friendly and the addition of biology into the first year has overall been a positive change, Shaevitz said.

To that end, starting in the fall of 2015, the sophomore courses in the sequence were also removed and instead replaced by two semesters of 300-level ISC courses, ISC 335/CHM 335: Organic Chemistry of Metabolism in the Fall and ISC 326: The Past, Present, and Future of the Human Genome in the Spring.

These courses are not limited to sophomores or students who have taken ISC previously, he added.

Andolfatto and Singh did not respond to requests for comment.

“I love the idea of ISC classes. This is my field — I’m a quantitative geneticist, so the integrated approach is how my field works; there’s no other way to do it. You have to be a very good statistician, you have to have a good bit of math, some genetics, some biology,” said Ayroles.

To have a curriculum that feeds on this principle is very exciting, he added.

Since it is Ayroles’s first semester teaching at Princeton, he said that his view of everything is still very fresh and naïve. He said he could not tell from talking to his students during his lectures who took freshman ISC or not, and his classes are quite interactive.

He noted that there might be a correlation between those who previously took ISC and those who are more quantitative, having a good grasp of statistical and mathematical concepts. Overall, a heterogeneous group of people can bring in different perspectives and backgrounds, so as an instructor, it is an interesting challenge, he added.

Ayroles said that he thinks more courses on campus should be integrated.

“I’m advocating very strongly for such a curriculum to be developed in EEB, because I think this is the way science should be taught now instead of a divide between fields,” he said.

Mallika Viswanath ’17 said she took ISC 326: Human Genomics because it satisfied one of the EEB department requirements and counted towards the Global Health and Health Policy certificate program.

Viswanath said that from talking with ISC freshmen, she was under the impression that they were very stressed and the material went over their head. However, ISC 326 is really not like that, she said.

ISC 326 is co-taught by three professors from various departments.

She said she feels that all the students are on equal footing, regardless of ISC background.

“It’s a really cool class. I’m really glad I wasn’t scared away by the ISC title, and I’m glad I’m taking it,” she said.

Students who took the second year of ISC were given credit for two Molecular Biology departmentals, MOL 342: Genetics and MOL 345: Biochemistry, and the first course in the neuroscience program prerequisite.

“For me, it was really nice because I could go through a lot of the required courses in this alternative curriculum, which… offered a much more varied and math-based introduction to all the different fields,” said David Mazumder ’17 , a molecular biology major.

He noted that the second-year course was especially beneficial for him, because it was a nice way for him to complete a couple of MOL departmental courses in a fun and satisfying way.

“I think that the character of the ISC program is extremely important for science,” Mazumder said.

ISC trains students in quantitative approaches to studying science, he added. It is for students who want to study biological problems with an emphasis on the solid understanding of the physical sciences and rigorous mathematical processes behind the biology, he added.

“The math that I learned there was very applicable to many things,” Ben Lee ’16, a student in the Electrical Engineering Department, said.

“I think that the ISC program is really, really important and I think the faculty who are involved with the ISC program believe that as well. I think it will stay around for a while,” Mazumder said.

Mazumder was in the last class that went through the two-year sequence format of ISC.

“It’s such a dynamic program and this revision of the sophomore year sequence is just one more example of that,” Mazumder said.

Vishank Jain-Sharma ’18 was one of the students who took only the freshman-year ISC courses last year, and he is now enrolled in ISC 326.

“I have had an excellent experience in ISC 326 so far. The course stands very well on its own as an introduction to the numerous, novel methods and algorithms geneticists use to analyze the human genome, methods which also generalize to all other organisms,” Jain-Sharma said.

Jain-Sharma remarked that the material learned and efforts spent in freshman year ISC have benefited him this semester, especially in coding projects, running simulations and performing computations.

ISC as a Vision for the Sciences

The Integrated Science Program was established in 2004 by professor emeritus David Botstein, then director of the Lewis-Sigler Institute for Integrative Genomics, and now chief scientific officer at Google’s Calico Labs.

“The vision has always been to provide an introduction to the sciences that doesn’t focus on the boundaries between disciplines, that instead more focuses on what’s common to all the different sciences and how they’re related to each other,” Shaevitz explained.

What we call “physics,” “chemistry” or “biology” is largely historical, he said, adding that the division between these fields has more to do with tradition than anything intellectual.

The purpose and motivation of ISC was to create a course that allowed students to see that there are no boundaries, Shaevitz explained. He noted that ISC gives students the freedom and curiosity to explore outside of the traditional framework of science education.

“When you learn about these sciences in separate buildings, in separate classes, with separate terminology and language, you lose track of the commonalities between the different fields, how they relate to each other and how you can use information and techniques from one field to study another field,” Shaevitz said.

A lot of modern, cutting-edge research comes from the boundaries between these different disciplines, he said.

“Another motivation for the program was getting students involved in research and providing them with experiences throughout the course that are much more like real science,” Shaevitz said.

ISC strives to provide a more inquiry-based education system, he said. The labs resemble much more like what one would do in a real research lab, with students analyzing data with MATLAB, writing up scientific reports and generating graphs, he added.

Shaevitz said that the program values the fact that it generates both biology-minded majors who have a much more quantitative background than their peers, and that students who are naturally more quantitative and interested in physics or chemistry are given foundation in the life sciences. This is reflected in the research that ISC students end up performing, in biophysics, neuroscience or somewhere in the boundaries, he said.

“No one teaches a course like this,” Shaevitz said.

Shaevitz said that he has a very broad view of science, and that having the opportunity to teach ISC courses was one the reasons why he came to Princeton.

The majority of students in the ISC program have selected majors related to biology, though there are also students who study physics and computer science, Shaevitz said. Sometimes, ISC ends up switching students’ minds about their majors, he added.

From 2004 to 2013, 25 out of 292 students, or 8.6 percent, were enrolled in non-science, math or engineering majors, according to Shaevitz. These majors include Anthropology, Politics, Woodrow Wilson School, Philosophy, Independent Concentration, Slavic Languages and Culture, Religion, English and Economics.

Overall, Shaevitz said that he thinks the ISC program has been a big success.

“For students who are willing to put in the time, there’s a huge amount of gain,” Shaevitz said.

Associate Professor of Physics Thomas Gregor was not available for comment.

Squibb Professor in Molecular Biology Eric Wieschaus did not respond to a request for comment. 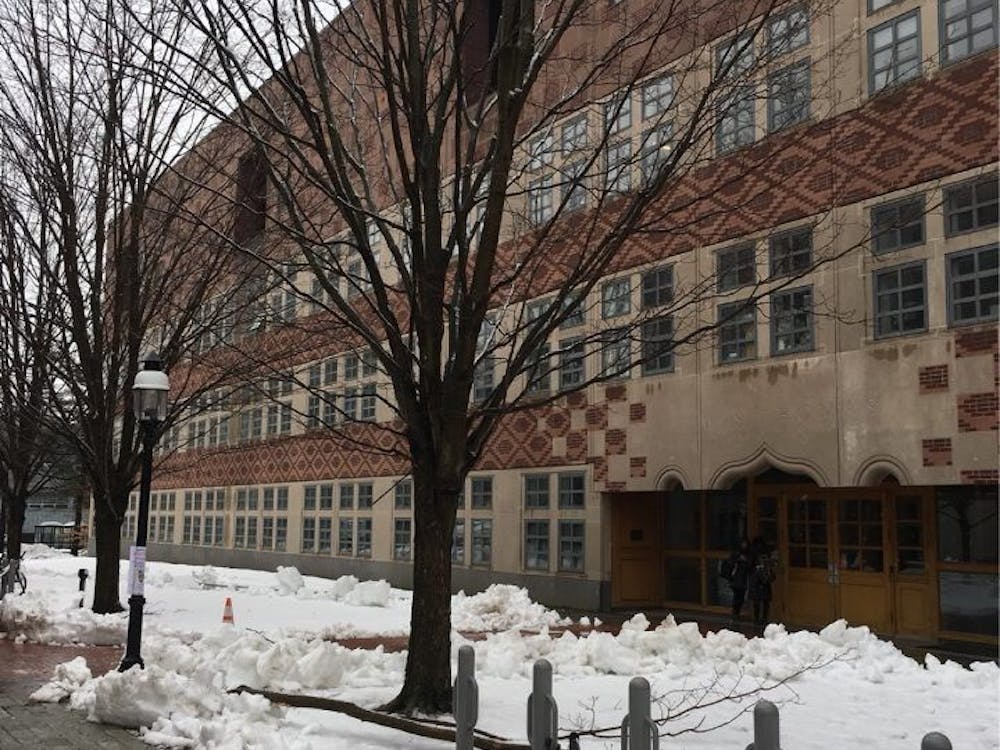