On tap with Jordan Lippetz

Sophomore Jordan Lippetz, a member of the Princeton women’s golf team, has had a great season so far; after finishing first in the Low Country Intercollegiate at +2, she was just named Division I Women’s Golfer of the Month. The Daily Princetonian sat down with her to talk about concussions, Corgis and cookie butter.

The Daily Princetonian: Where are you from, and what’s the best part of being from there?

Jordan Lippetz:I’m originally from California by way of Florida, but I call California my home. I lived there for 12 years.

DP: How did you get into playing golf?

JL: My middle school that I went to was connected to a high school, and I went out to their practices and fell in love that way. Neither of my parents play golf so they definitely didn’t have any influence on me there.

DP: Golf can be a very dangerous sport. Have you ever gotten a concussion?

JL: So it’s not actually on the course, but this has been brought up numerous times by my team and probably anyone who knows people on my team. Last year during spring break I got a concussion from getting into a car. We were with my whole team down in Florida, and I hit my head getting into the car and was out for two months, which is one of the longest concussions that they’ve ever had in the athletics department …

DP: If you could be a professional athlete, what sport would you play?

JL: Probably soccer because that would mean that I actually enjoyed running and that I could actually run for more than two minutes without passing out. I hate running so that’s probably why I would like to play.

JL: The course is a really nice escape from daily life, and I for some reason am super concentrated on the course which I’m not in day-to-day life and out on the course everything calms down and I’m able to relax, which is a nice break from daily stresses.

DP: What would you say is your spirit animal?

JL: A corgi. Not only have I been told that I’m like a corgi, but I think they are the most adorable dogs. I’m super loyal and get randomly happy for no reason and am all over the place, which definitely personifies a Corgi.

DP: If you were going be stranded on a deserted island with one of your teammates, which one would you choose?

JL: That’s hard. I think I would have to go with [senior] Mary Funk. We have a lot in common and we both really love movies, so as long as we had something to watch movies with we would be constantly entertained, and we entertain each other so that would also help as well.

DP: What secret obsession do you have that most people wouldn’t know about?

JL: Recently it has come to light that I have an obsession with cookie butter from Trader Joe’s, and there isn’t a Trader Joe’s that’s easily accessible from here so my mom sends it to me in packages, and I think I’ve tried every single type of flavor and flavor combination that they make and it says on the jar that the recommended use is to put on sandwiches or ice cream, but I literally take a spoon and just eat it … It’s really bad.

DP: And then the typical on tap question. If the four fingers and thumb on one of your hands were drink dispensers, which drinks would they dispense?

JL: Diet Coke, Orangina, Sprite Zero, the passion orange guava stuff in the dining hall and water so I can be healthy. The few times that I choose to.

History in the making: On Tap with women’s ice hockey announcer Amelia Koblentz ’25 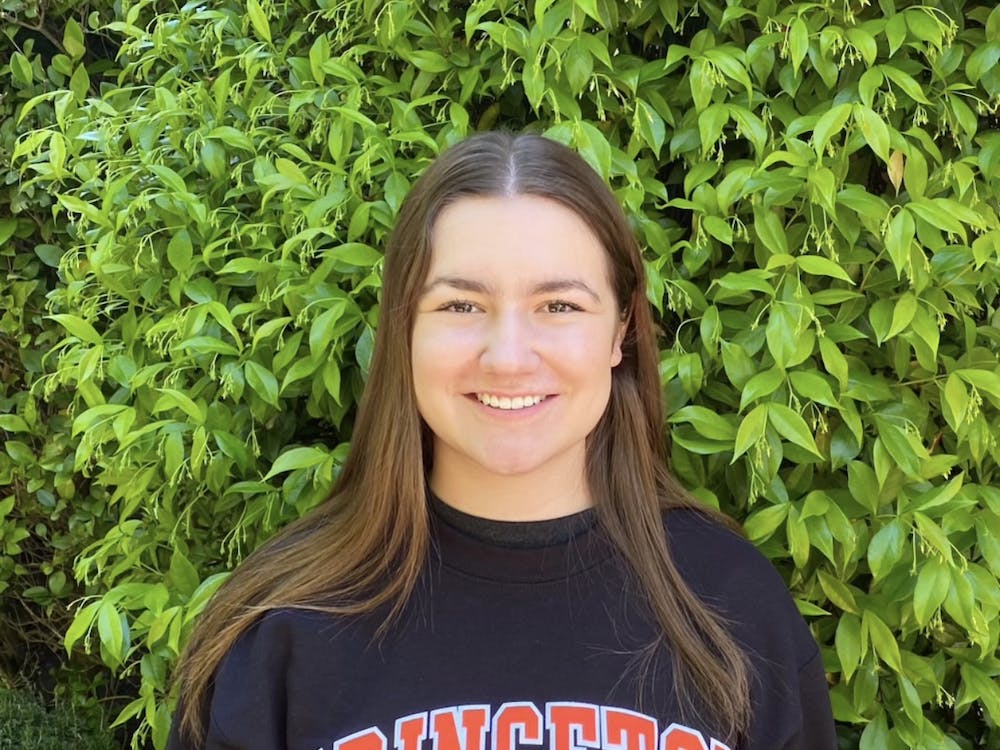 History in the making: On Tap with women’s ice hockey announcer Amelia Koblentz ’25

The Daily Princetonian caught up with first-year women’s ice hockey team manager and announcer Amelia Koblentz to discuss the announcing process, women in sports, and how to succeed in a male-dominated profession.

The Daily Princetonian caught up with first-year women’s ice hockey team manager and announcer Amelia Koblentz to discuss the announcing process, women in sports, and how to succeed in a male-dominated profession. 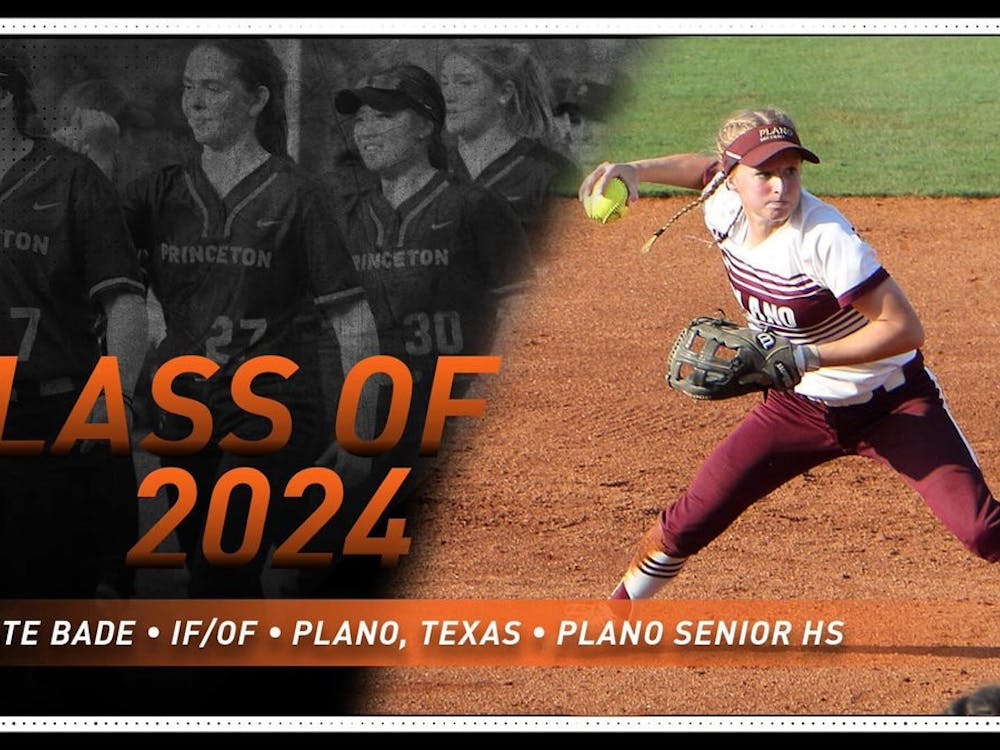 The Daily Princetonian caught up over Zoom with first-year softball player Cate Bade, phoning in from her home in Texas over the Thanksgiving break. Bade, who is no stranger to bright lights and large crowds, discussed her experience playing high school softball in Texas, getting an apartment in Princeton with her teammates, and the one food that she can’t live without.

On Tap with track and field thrower Kelton Chastulik ’21 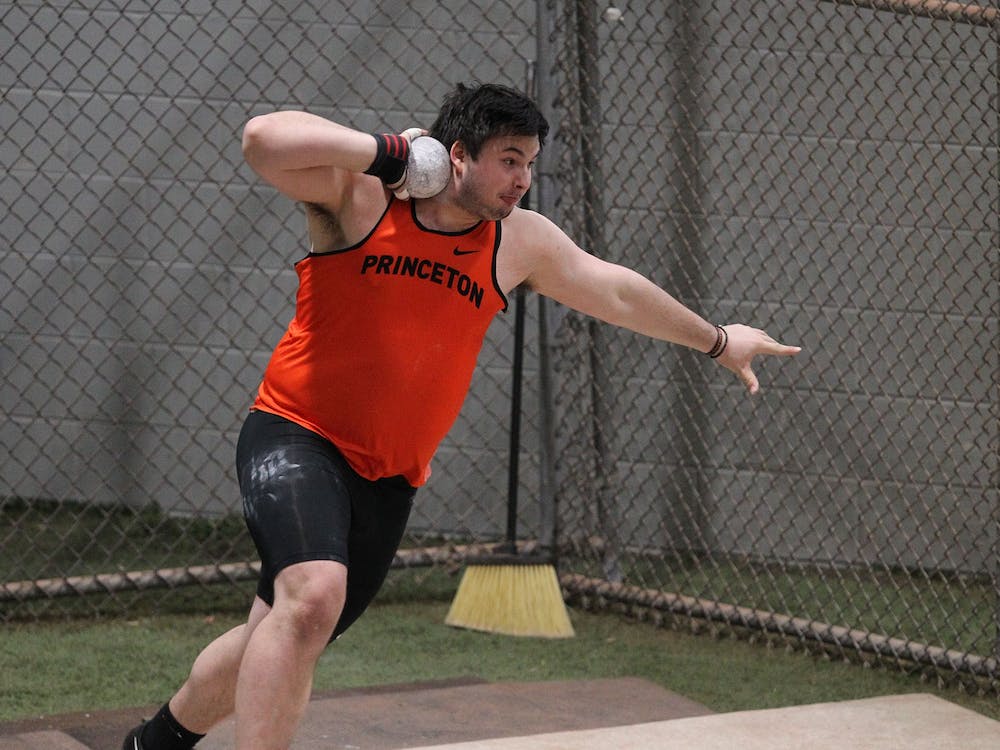 On Tap with track and field thrower Kelton Chastulik ’21

The Daily Princetonian caught up with Kelton Chastulik ’21, a senior thrower on the men’s track and field team who won first place in the shot put at the 2019 Ivy League Outdoor Track & Field Championships.