Last week, out of the hundreds of surveys for senior theses and university-sponsored initiatives that flooded my inbox (already filled with 1,915 unread messages and counting), I chose to complete the Pace Center Survey.

Having participated in a student organization under the Pace Center for Civic Engagement last semester, I felt some small inclination to voice my grievances regarding the systematic lack of organization and general communal apathy toward strengthening Pace programs. Upon confronting the empty response boxes, I conjured up some banal phrases on the meaning of service in my life and hit Submit. There was little I could do to change what seemed to me an institutionalized indifference toward civic engagement on campus, and besides, I needed to finish my lab report.

Weaknesses in Pace-sponsored service-oriented programs stem from a pervasive attitude on campus borne out of contrast to the administration’s emphasis on academic and professional success — that civic engagement just isn’t as important as everything else. In his 2014 article, Drew Stelljes, Assistant Vice President of The College of William and Mary, decries the failures of American universities in touting civic engagement centers to attract prospective donors without really teaching core civic skills. He urges universities to “linger in the hard work of community development, where engagement means, over the long-term graduating students who, by their example, help to fix the system that created our national conundrum.”

Emphasis on community development, however, often takes the weakest roots in elite universities such as Princeton. The culture is set up so that teamwork inherently comes secondary to self-discipline. Academic policies such as the Honor Code, in making students accountable for themselves and for one another, unfortunately serve as deterrents to even good-spirited collaboration. Many departments discourage or even forbid group work, and in some departments, remnants of grade deflation policies persist, ultimately facilitating self-interested academic decision-making that often extends into the realm of social conduct.

That is not to say that civic engagement does not exist at Princeton. Student organizations such as Engineers Without Borders and the GROW internship program under GlobeMed offer opportunities for students to aid in hands-on community development, and many students on campus regularly work on innovative social enterprises and start-ups with their peers, searching to channel their products or services toward community betterment. However, within institutionalized settings, collaborative energies are almost non-existent. As a result, the value we place on traditional forms of university-sponsored volunteer service, such as tutoring or hands-on service projects, seemingly diminishes.

Part of the apathy toward strengthening community-centered programs then comes from the fact that members of student-run organizations under the Pace Center simply don’t have time. The overachiever culture at the University produces overextended students, who will logically allocate the little free time they have toward the activities they find most valuable. When the University fails to stress the importance of community development, it is up to the individual to decide what he or she most values, and since our market-driven culture often commends selfish decisions, he or she will likely choose something that furthers his or her own goals without much collateral benefit.

Thankfully, there exist students on this campus who perform community service with altruistic intent and enable the survival of traditional volunteering projects. Still, social pressures to undertake activities that advance some academic or professional goal result in the further overextension of students. At the University, service is rarely ever the sole dedication of a student because making it so risks a weak and uncompetitive resume. Thus, a student who truly wants to engage civically is pushed to expand his or her extracurricular involvements to demonstrate a range of skill sets, and he or she becomes not only a volunteer for the Prison Teaching Initiative, but also a member of the Princeton Entrepreneurship Club, President of the Princeton Nassoons and Copy Editor of the Princeton Journal of East Asian Studies.

To undertake volunteer service at the University among other extracurricular activities that do not carry traditional prestige requires some form of sincerity and commitment to the activity itself and not just to the image. Yet, when students in a prestige-driven university supplement such community service with more “impressive” extracurricular activities, leadership and member commitment to service-oriented programs degrades and the system of civic engagement is driven into decay. Such degradation triggers a vicious cycle, in which students participating in Pace programs become disillusioned by weak, uncommitted leadership and quit, leading programs into further degeneration.

Civic involvement is often seen as secondary to everything else in creating the final package of a student and while it does serve as an enhancing factor, it is almost never the key factor itself. It is branded the flying buttress of Princeton architecture: beautiful and functional in some capacity, but rarely ever foundational. For institutionalized civic engagement opportunities to truly flourish, the administration must begin by encouraging a change in peer attitudes toward service from the top-down.

Reva Abrol is a freshman from Syosset, NY. She can be reached at rabrol@princeton.edu. 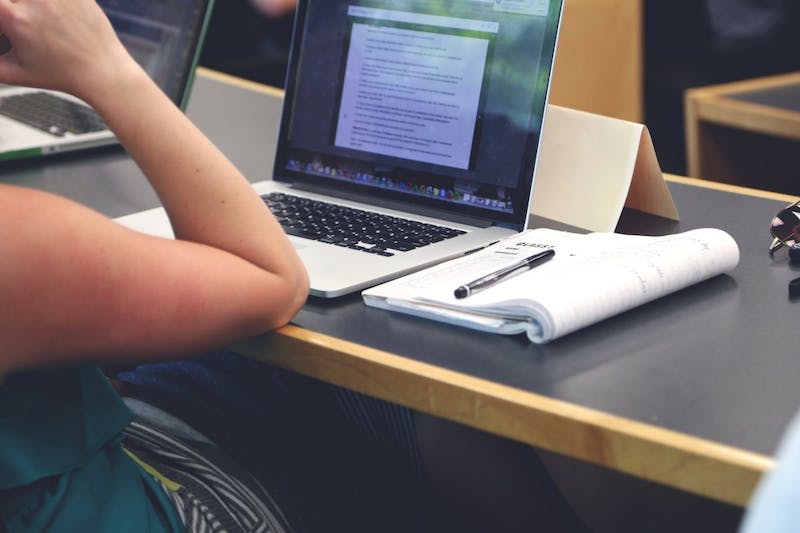