On Tap With Rachael Chacko

After dropping her personal record in the mile event below five minutes last weekend at the annual Harvard-Yale-Princeton meet, sophomore Rachael Chacko is looking forward to Heptagonal Ivy League Championships. This spunky runner sat down with The Daily Princetonian to talk about gummy vitamins, prairie dogs and Matt Damon.

Daily Princetonian: Where are you from and what’s the best part about being from there?

Rachael Chacko: I’m from Denver, Colorado. Well, just outside Denver. Let me tell you there are so many beautiful things about Colorado. The mountains, the sunsets and the trail runs and you can put them all together. You can run up a mountain and watch the sun set on your way down.

DP: What are you concentrating in?

DP: How would you describe your role on the team, athletically and socially?

RC: I mean... I run with everyone else. And socially, I would say I am borderline annoying, borderline a mood pick-me-upper, I normally go on the edge of getting on your nerves and lightening the mood. It gets on your nerves when I talk the entire time, I mean during runs and workouts, but its ok in the locker room. I guess kinda what I’m doing now.

DP: I know you’ve been injured and sick quite a bit this past year but you’re looking great right now. What’s your secret?

DP: What are the three best decisions you’ve made this week?

RC: [sings the words “three best decisions,” to herself a few times before responding] I slept in this morning and got 10 hours of sleep last night. I guess that’s one of my best accomplishments, which is kinda pathetic. I guess I didn’t eat dessert last night, and agreeing to do this, that could be either best or worst.

DP: What’s the funniest/most embarrassing thing that has happened to you or a teammate while out on the track?

RC: Well we kinda have a lot of bowel issues and bladder issues and this isn’t on the track but I’m pretty sure I’ve mooned my coach before —before a workout going to the bathroom, not on purpose.

DP: Who would you say is your quirkiest teammate?

RC: Gosh, we’re all so weird!!! The weirdest one is probably Ally [Markovich]. She just has really good stories. Involving citrus.

DP: If you could play another varsity sport here, what would it be and why?

RC: Oh, soccer. I’ve posted a yik yak about that. Specifically, I wish I was on the soccer team, they’re so cool.

DP: What would you say is your spirit animal?

DP: What would be the title of a film about your life?

DP: You’re on a deserted island and can bring three things. What do you bring?

RC: I’m taking this seriously. I would bring… can I have lifetime supplies of stuff?

DP: Whatever you want.

DP: If the four fingers and thumb on one of your hands were drink dispensers, which drinks would they dispense?

RC: Five fingers. Can it be… [holds hand upside-down with fingers pointing towards the ground] OH MY GOSH LIKE AN UDDER. Chocolate milk. We’ll go with chocolate milk, and you would have to get it out like an udder. It would just all be chocolate milk. And that totally works too, you know, like Chacko. You would think it would be milk but its chocolate milk. 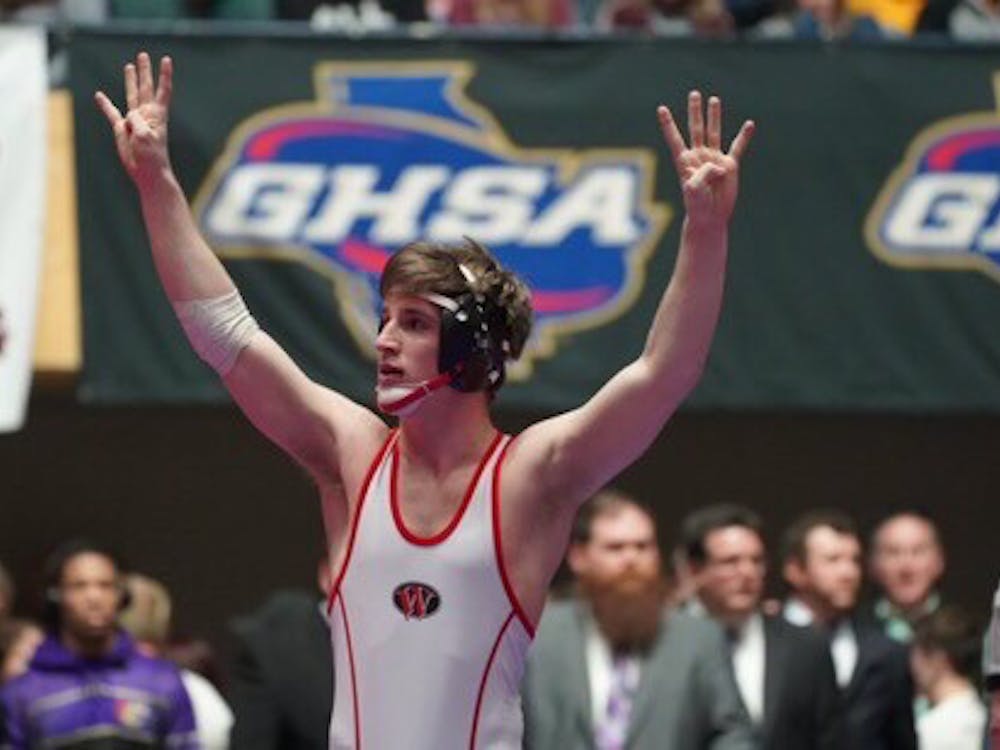 The Daily Princetonian caught up over Zoom with first-year wrestler Nick Masters, calling from his apartment in Princeton which he rents with four other first-years on the team.