At the intersection of University Place and Dickinson Street stands a taupe-colored house with shutters the color of clay. There are no signs to indicate that this house is any different from the other picturesque houses that line this stretch of the street, but in fact, it is the home of 2 Dickinson St. Co-op, Princeton’s only vegetarian food co-op.

Around 5:15 p.m., I walk up the steps to the porch of 2 Dickinson and tap on the door. A girl opens it and introduces herself asRebecca, waving me into the house after I explain that I’m here to write an article. Inside the spacious kitchen, she points to the four other cooks at their stations and rattles off their names: Aleks, Nate, Peter and Sebastian. Beat-heavy music plays softly in the background.

I begin by helping Sebastian peel garlic. Perhaps realizing that I’m a novice cook, he demonstrates two methods that I can use to efficiently peel off each clove’s papery skin. The garlic, like most of the produce and dry goods used, is organic. 2D receives a bulk delivery once a week. After the garlic is done, I slice red peppers. Sebastian explains again how I should do it and says nothing when he finishes with his second red pepper just as I finish my first.

The kitchen is bisected by two rows of sinks and six burner stoves framed by steel counters. Aleks is preparing quinoa with mushrooms, squash and celery on one stove; on the other side, Peter and Nate are working on carrot-banana soup, having already slid a tray of diced potatoes into the oven. The sweet smell of burnt sugar on the vegan chocolate cakes Rebecca has laid on the counter is an undercurrent in the air that fills my nose every time I take a deep breath.

After the peppers, I wash and begin to chop string beans. Sebastian has deftly washed several stalks of kale and now pulls out the biggest wok I have ever seen. He tosses in kale, celery, carrots, onions and cupped handfuls of string beans as I finish chopping them. Nate and Peter remark upon the solid state of the canned coconut milk they are about to put in the carrot-banana soup.

It is now 6 p.m. Dinner is served every day at 6:30 p.m., and though no one comments on the time, the tempo of everyone’s movements has quickened. Next to me, Sebastian takes small, quick steps to move between the cutting board, the stir-fry and the eggs he’s scrambling with the chopped peppers.

Some of the co-op’s 53 members begin arriving shortly after 6:30 p.m., by which time all the food is finished cooking. They all take plates from a mismatched stack in a cabinet, and silverware from their respective drawers. Loaves of zucchini bread I didn’t realize Aleks was making appear on the counter next to the chocolate cake.

I take a little bit of everything: quinoa, carrot-banana soup, stir-fry, baked potatoes, kale salad (with raisins, shredded carrots and ginger dressing), scrambled eggs and red peppers, chocolate cake and zucchini bread. With my heavily laden plate, I sit down at a round table near windows that overlook University Place, which has begun its descent into inky darkness. Later, I will help clean up by washing dishes, wiping down the counters with a worn sponge and scooping leftovers into containers that once held Seven Stars Yogurt.

For now, though, I look out the window, marveling at the creaminess of the carrot-banana soup on my tongue. It isn’t sweet, and its ginger kick has been dampened by the coconut milk. “It’s really nice to have a home-cooked meal every day,” Aleks says. I put another spoonful of soup in my mouth and have to agree. 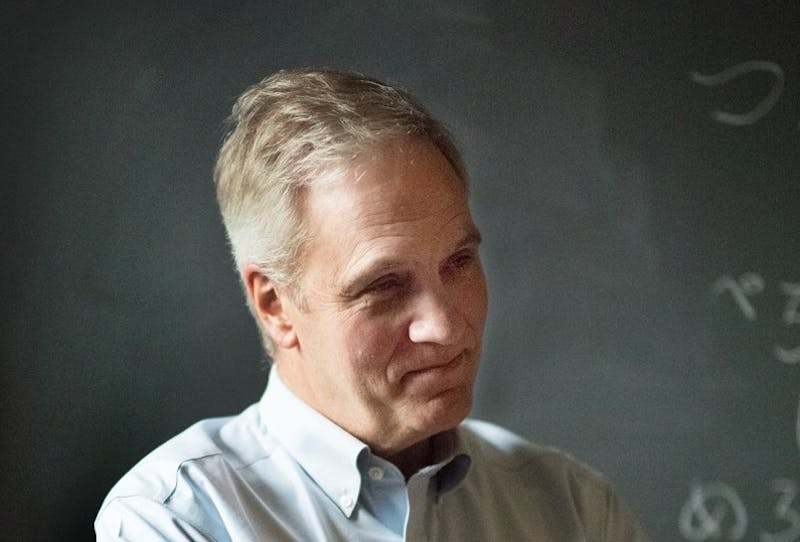