While the University requires a minimum proficiency in English for both undergraduate and graduate admission, some students arrive on campus still facing challenges with the language. According to University English as a Second Language tutors, the problem is especially seen among graduate students, who often turn to formal and informal ESL resources.

"Undergraduates, of course, rarely … have a problem since they’re pretty much selected to be already fluent or close to it in English," said Brian Zack '72, who runs an informal English language class for members of the Princeton community who are non-native English speakers. "So the groups that we’re really aiming for are grad students, post-docs and visiting scholars."

Graduate students who despite acceptable test scores still require assistance with English proficiency are presented with a number of options for support, including the McGraw Center's English Language Program. The program, which helps graduate students satisfy the Graduate School’s requirement for English proficiency, provides a summer language orientation, English language courses that run throughout the academic year, an undergraduate conversation partner program that pairs fluent undergraduates with graduate students, individualized tutorials and weekly discussion groups, according to the McGraw Center’s website.

The numerous ESL resources for graduate students are not widely advertised to undergraduates, who are assumed to be fluent in English.

In the past, undergraduate students have been referred to the ELP by their residential college directors of studies, but none have been recently, Mendelsohn said. She suggested the lack of undergraduate participation may be because they are not coming in with severe enough problems to require language help.

“My understanding is that undergrads don’t really need help with conversation, you know, the things we work on, because they’re speaking English all the time. I don’t think there’s such a need there,” Mendelsohn explained.

However, fluency does not always extend to undergraduate students’ writing capabilities, as the Writing Center has received visits from ESL students who require assistance with the mechanical aspects of English.

Students who are both native and non-native English speakers often come to the Writing Center with the misconception that it is a proofreading service, according to Associate Director for the Princeton Writing Program Khristina Gonzalez. While the Writing Center does not cater specifically to students who require assistance with grammar, sentence structure and the flow of writing, it does helpESL students with their English by giving attention to recurring patterns and general concerns in their writing that might be the root of more specific problems, she said.

However, while this transition may be uniform in some aspects, there are still differences between backgrounds and levels of preparedness in terms of familiarity with American university conventions, Gonzalez added.

“What we do most of the time with students like that is the same thing I think every writer needs to learn about their own writing, which is that learning is a process, so even those kinds of lower-level concerns often come together after the student really understands, 'This is what I’m arguing, these are the pieces of evidence that are allowing me to argue that and this is my motive for writing,'” Gonzalez explained. “Once those larger, higher-order concerns come into place, those kinds of second-level things do as well.”

Students looking to improve their academic writing also get help through Brian Zack's informal class, which focuses on academic English usage. Zackstarted tutoring non-native English speakers 10 years ago with the Friends of the Davis International Center, where he was involved in a group conversation class run by the center.

“Several of the students there that I got to know after a couple of years actually asked me if I would do an individual class focusing more on the academic aspects because the group classes were very conversational,” Zack said of the impetus for the class’s formation.

The class does not offer any credit or any certificates. “People come for no other reason than to learn,” Zack said.

Zack’s classes have received positive reviews from his students. “Every week, we cover different topics —vocabulary, the grammar and idioms; we have a lot of readings. It has really helped me, especially with the vocabulary. When I study by myself, it’s not easy; it’s a lot more difficult. But the readings that Brian chooses really help us learn, not just about English but also about American culture,” Kate Park, one of Zack’s students and the wife of a Princeton graduate student said.

Zack’s class is also a useful resource for people seeking to learn English as a means to learn another subject.

“I’m not a Princeton student, but I took some classes at Princeton [as an auditor] … When you are not a native speaker and when you are not an advanced student in English, it’s hard to take those classes,” Sissi Pinto, another of Zack’s students and the wife of a graduate student, said. 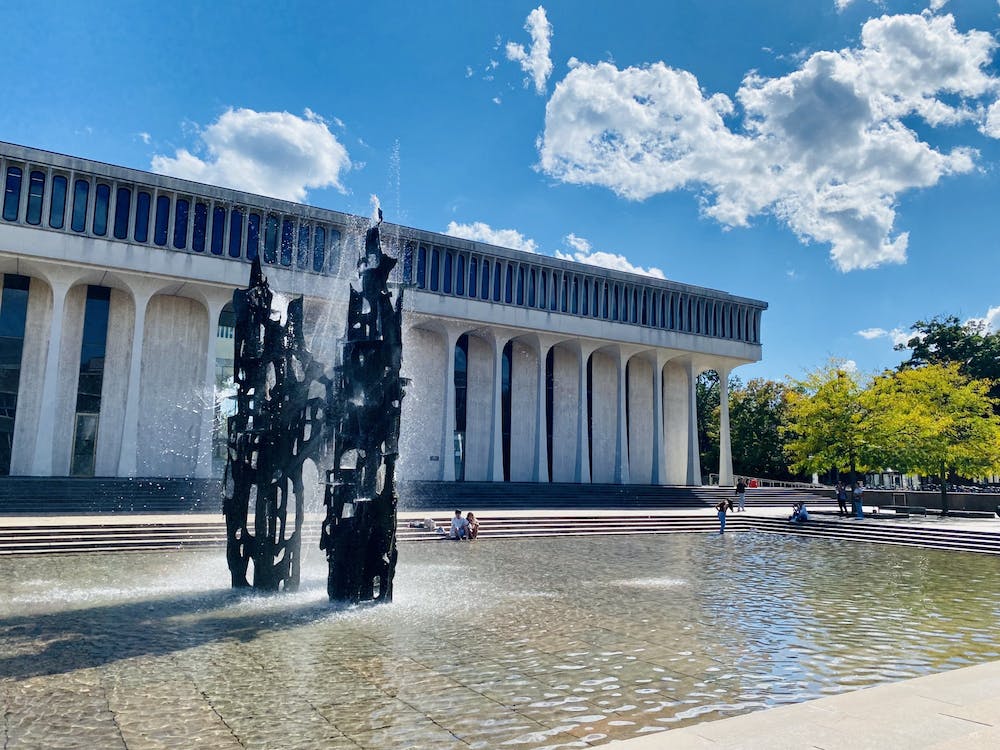