News || Beyond The Bubble

At press time, with 99 percent of precincts reporting, Booker was leading Loneganby a wide margin of 55 to 44 percent.

Booker celebrated his victory Wednesday night with an event at the New Jersey Performing Arts Center in Newark, according to his campaign.

"Look, the truth is obviously clear: Every time you turn on the TV, you see it," Booker said, according to The Star-Ledger. "Pundits tell us how little regard we have for Washington, for Congress — how cynical we have become about the work being done in our nation's capital. It would have been easy to listen to this frustrating negativity and stayed at home today. But here in New Jersey, more than a million people rejected cynicism and came out on a Wednesday, not in the November, but in the middle of October."

Meanwhile, Lonegan gathered with his supporters in Bridgewater, N.J. where he conceded the race and announced he would retire from politics to build another business.

"I've spent the last 20 years of my life in politics, serving the people of New Jersey the way I thought I best could ... and it's been a wonderful experience," Lonegan explained. "But I've often said that the most noble thing we can do, aside from fighting for this country in the military, is to build a business and create real jobs."

Politics Professor Nolan McCarty said in an Oct. 10 interview that he thought that Gov. Christie scheduled the election in October instead of on Nov. 5 “because he was worried that a very strong showing by Mayor Booker would detract from his reelection margins.”

However, McCarty added that he is curious as to whether or not Gov. Christie is reconsidering this decision.

“I wonder now if he’s not having second thoughts, both Governor Christie and other Republicans in the state, about having written off this election,” McCarty said. “They could’ve made it competitive, perhaps, if they had scheduled in November along with the Governor’s election and allowed Governor Christie’s coattails to help a stronger Republican candidate.”

Having secured the nominations of their respective parties, both candidates traveled the state, with Booker visiting Princeton for a “Run with Cory event” on Oct. 2 and for a meet and greet with constituents on Sept. 14.

McCarty explained that the campaigning was much more intense in the lead-up to the special election than he expected it to be.

Despite Lonegan’s gains, McCarty said that he still expected Mayor Booker to win because of his popularity and New Jersey’s status as a “very Democratic state”.

Booker was up by 14 points and 10 points, respectively, in polls taken by Quinnipiac from Oct. 10 to Oct. 14 and Monmouth from Oct. 10 to Oct. 12. These leads were smaller than his leads at the beginning of the general election campaign, when Booker led Lonegan by 27 points, according to a Farleigh Dickinson poll taken from Aug. 21 to Aug. 27. Booker also led Lonegan by 27 points immediately after Lautenberg’s death, according to a Quinnipiac poll taken from Jun. 7 to Jun. 9.

Booker began Oct. 16 by casting his ballot just after 7:30 am at the Roberto Clemente Shalom Towers in Newark, News 12 New Jersey reported.

Meanwhile, Lonegan voted at the Recreation Center in Bogata, The Star-Ledger reported.

Some students also turned out to vote in the special election, casting their votes at the polling place set up at Icahn Laboratory.

Kate Grabowski ’16 voted around noon. She said she came to Icahn “just to vote, and have my vote count.”

“This is my first time voting,” Jeremy Cohen ’16 said. Cohen explained that his birthday was slightly too late for him to be able to vote in the 2012 election, but he was happy to not have to wait until 2014 to vote for the first time.

McCarty said on Oct. 10 that he expected turnout to be very low because the election was in a “usually non-political year”, a special election, and the single race featured on the ballot.

In a Sept. 15 interview with the ‘Prince’, Booker said that one of the first things on his agenda if he was elected to the Senate would be the economy.

“We’re still dealing with the ravages of this economy, and while the economy’s doing pretty good, real wages are declining or stagnating,” Booker said. “We have a lot of places where there’s concentrated poverty, from Cumberland County to Patterson, Passaic, and so I just really want to deal with sort of the economic fairness and justice issues, at a time where, as a United States government, we’re stopping investing in those things”

Another issue on Booker’s agenda is the ongoing government shutdown, which he condemned before a crowd in Palmer Square the night of his “Run with Cory” event.

“As we look down south right now in DC, we see a lot of things going wrong with our country. It has nothing to do with the right or left. It really has to do with this idea that, are we going to work together as a people to be stronger and better[?]” Booker asked. “We’ve got to start finding ways not only in Washington DC but all over this country [of] bringing people together.”

Will Mantell ’14, the president of College Democrats, said in an Oct. 13 interview that Booker had talked throughout the campaign about “key places where he can work across party lines and make the Senate a little less dysfunctional.”

“I think that that is sort of a good goal for him to pursue. He has shown that he is someone who can work with all different types of [people from] all different ideologies,” Mantell explained. “We really like the idea of having someone who shares our values but at the same time, is going to make Washington work better than it’s working now."

McCarty said that he did not think that Booker’s victory would have a large national impact because it was likely that Booker would vote similarly to Lautenberg.

“Mayor Booker’s voting record will not be that different than what Frank Lautenberg’s was,” McCarty explained. “He’ll be a highly visible senator. The question about whether he will be a senator very heavily engaged in the details of the legislative process is not as clear.

However, McCarty added that he thought that Booker’s election could make a big difference in New Jersey politics. 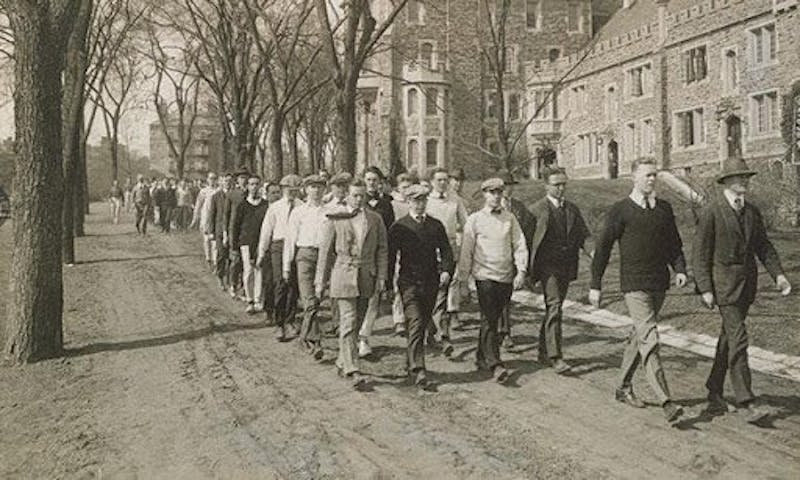