Over Yaroshefsky’s two years as USG President, he has used his technical background to establish a number of innovations in both academic and extracurricular life, including the expansion of a number of applications and programs.

As he retired from his post, Yaroshefsky said that, despite his achievements, he regrets being unable to accomplish portions of his academic agenda. Still, fellow members of the USG characterized his tenure as relatively successful.

Yaroshefsky’s involvement with USG began his freshman year, when he ran for Class of 2012 senator. In a bizarre turn of events, he gained the most votes but did not assume the position due to an electronic voting glitch. Instead, he was appointed the USG information technology chair in 2009 and reformed the online USG voting system.

As a sophomore, Yaroshefsky ran for USG president against two junior candidates. In a runoff with Jack Altman ’11, Yaroshefsky won by just 41 votes, becoming the first sophomore to win the presidency since David Calone ’96 in 1993.

Yaroshefsky admitted that leading the USG as a sophomore brought added pressure to the job.

“What I really had to do was lead without authority as a sophomore,” he said. “I had to earn more respect than I otherwise would have had to leading as a junior.”

Some policy changes the USG enacted during Yaroshefsky’s first year as president included the expansion of Undergraduate Film Organization movies in the Garden Theatre, the organization of bus transportation for students travelling during fall and winter breaks and the first FrostFest event in Dillon Gymnasium, according to the 2010 USG annual report.

Policy changes listed as “tabled” or “on hold” in the report include changes to the academic calendar to expand Thanksgiving break, the creation of a database of companies that Career Services has informed about the grading policy and improving campus toilet paper.

At the end of 2010, Yaroshefsky decided to seek reelection as USG president.

“I certainly wasn’t sure that I wanted to run again,” he said. “If I felt like I had accomplished everything I wanted to do, it would have been more up in the air.”

Yaroshefsky won the election overwhelmingly against Polly Korbel ’13, earning 1,693 votes to Korbel’s 492. He became the first two-term USG president since Calone, who won his reelection in 1994.

His second year as president focused more on University academic affairs. The term began with a visit to Russia by invitation of the country’s Federal Agency on Youth Affairs. In February 2011, the USG launched the Academic Life Total Assessment survey project to conduct research on students’ opinions on the University academic experience.

Last February, Yaroshefsky told The Daily Princetonian that ALTA was the best way to convince administrators to change policy. Ultimately, 2,567 students — about half of the student body — responded to the survey in January 2012.

Yaroshefsky’s second year also saw further development of TigerApps, a group of web applications that the USG had begun to develop before he took office. Applications such as the Integrated Course Engine and events calendar, which had been listed as “in progress” in the 2010 USG report, became more widely used across campus.

The USG even allocated $6,300 to pay a summer intern, Rodrigo Menezes ’13, to work on the development of TigerApps and other web-based projects. In September, a new electronic meal exchange system for eating club members was also announced.

Yaroshefsky said that the changes in technology had the greatest impact of any of his achievements.

“If I could choose any one to say that it was my mark on Princeton, I’d say it’s the tech ones [and] TigerApps in particular,” he said. “It’s something that I had a personal passion for.”

Nevertheless, Yaroshefsky said that he could not take all the credit for the applications, many of which had been in development prior to his administration. He mentioned that many of the applications originated as projects for COS 333: Advanced Programming Techniques, in which students build major software projects.

“What I’ve contributed is a vision of an integrated suite of applications that satisfies different needs that students have,” he said.

Easop, newly installed USG president who served on the USG senate last year as a Class of 2013 Senator, said in an email that tech innovations were the highlight of Yaroshefsky’s presidency.

“Making online resources more centralized and accessible is one Yaro’s legacies that we should all be grateful for,” he said.

“The technological projects were definitely the keystones to Yaro’s presidency, from Project 2014/2015/2016 to ICE to the new events calendar,” Rajagopalan said in an email.

The project Rajagopalan referred to is the Insider’s Guide to Princeton created by the USG for each incoming class.

As his two years as president draw to an end, Yaroshefsky said he was unable to fully address academics to the extent that he had hoped. He added that he regretted not starting the ALTA project earlier in his administration in order to have the opportunity to utilize the data.

“I really wish that when I had come into office I had recognized this immediately and started an agenda,” he said.

However, Yaroshefsky explained that his academic policy agenda was complicated by the transition of deans during his time as president. Dean of the College Valerie Smith replaced Nancy Malkiel in July 2011.

Rather than fully retreating to the carrels of Firestone Library to complete his senior thesis as most seniors will, Yaroshefsky plans to keep his hand in the USG and will remain as the committee chair of the ALTA project.

He noted that, though his position demanded a great amount of time — Yaroshefsky said he spent 30 hours a week on USG-related duties — it was “more than worth it.”

Easop said that Yaroshefsky’s dedication drove the USG during his two terms.

“Yaro has this seemingly boundless supply of energy, and he channeled all of it right into USG. Seeing that kind of dedication really inspired productivity in all of us,” Easop said.

“He knew when to lead in a very hands-on manner and when to step back and let people do their own things,” Ackerman said.

Overall, the leader of student government since 2010 said his years as president truly shaped who he is as a person.

“It’s been a wild ride,” Yaroshefsky said. “Serving 5,000 of the smartest people in the country is a huge challenge. It’s really forced me to become sharper.” 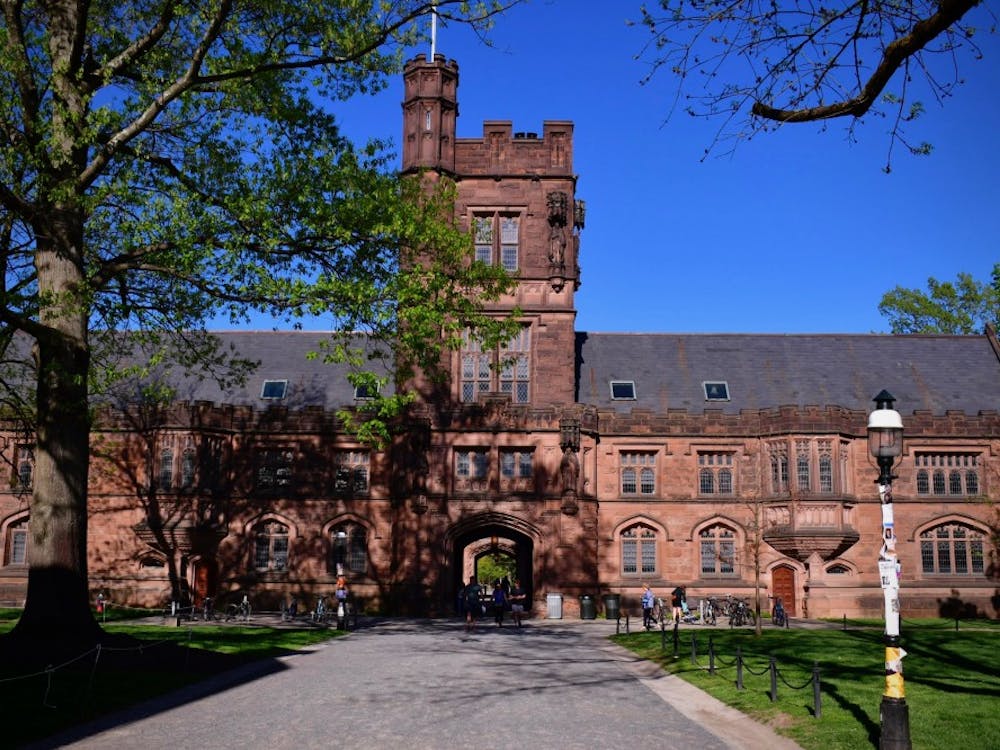