ALTA, which aims to assess and provide recommendations on the undergraduate academic experience at the University, was launched by the USG in mid-February.

Four non-USG members were selected from a pool of 54 applicants through two rounds of applications and a series of group interviews, Yaroshefsky explained. The students are Rafael Grinberg ’12, Emily Levy ’13, Alexis Morin ’12 and Rebecca Scharfstein ’12.

These USG-affiliated members will help define the structure of the committee, as well as facilitate communication with administrators, Rosen said.

The eight members of ALTA come from an array of different academic departments, including operations research and financial engineering, the Wilson School and classics, and include four juniors, three sophomores and one freshman.

“We didn’t have a list of specific qualities we were looking for,” Yaroshefsky said. “More importantly, we looked at their ability to work with each other by conducting group interviews.”

Ettman said she was very impressed by the ideas that were brought up during these interviews. “The report has a lot of potential — I’m looking forward to the discussions this would lead to,” she explained.

So far, ALTA has been warmly received by the administrators and faculty, Yaroshefsky said. “Administrators are interested in learning about what it is like to be an undergraduate at Princeton,” he noted.

For example, residential college administrators and faculty were surprised to hear that most students study with several procrastination tabs open in a web browser, music blasting away and phones beeping in the background, Yaroshefsky said.

“People don’t want to lock themselves in carrels all the time,” Yaroshefsky explained. “Perhaps by exposing these differences and what is expected by the students, we will gain more perspective to analyze our current practices and what is effectively happening.”

Ultimately, according to Ettman, ALTA aims to answer the question, “How do we make Princeton a better place at which to teach and learn?”

Much of ALTA’s approach will focus on gathering information from students and faculty, Yaroshefsky said, including through unconventional methods such as Facebook, PrincetonFML and most-commented articles on The Daily Princetonian website.

“In order to get an accurate picture of academics, we need to research the areas in which thoughts on academics are expressed, through frustrations on PrincetonFML or thesis-related posts on Facebook,” Yaroshefsky noted.

ALTA members expressed excitement at working with peers to explore important aspects of the undergraduate experience at Princeton.

“I am both curious and excited to see what other students think about the different components of academic life at Princeton,” Ettman said. “I hope this project will provide a snapshot of academics today.”

Others on the committee shared this sentiment. “The beauty of ALTA is in collecting and comparing perspectives of different groups of the Princeton community,” Levy noted. “From ALTA, I hope to see more cohesive relationships among students of the same academic disciplines and a greater sense of community centered on shared academic experiences.”

Some members of the committee, such as Modi, bring a unique perspective to the project not common among University undergraduates. As a high school junior, Modi took two introductory-level physics classes at Princeton. Before matriculating at Princeton, Modi had finished four physics and two math classes at the University.

“It’s important for ALTA to have perspective from all class years,” Modi explained. “I’m able to contribute to ALTA from my experiences,” he said, noting that the opportunity was also a chance to learn from upperclassmen peers on the committee. 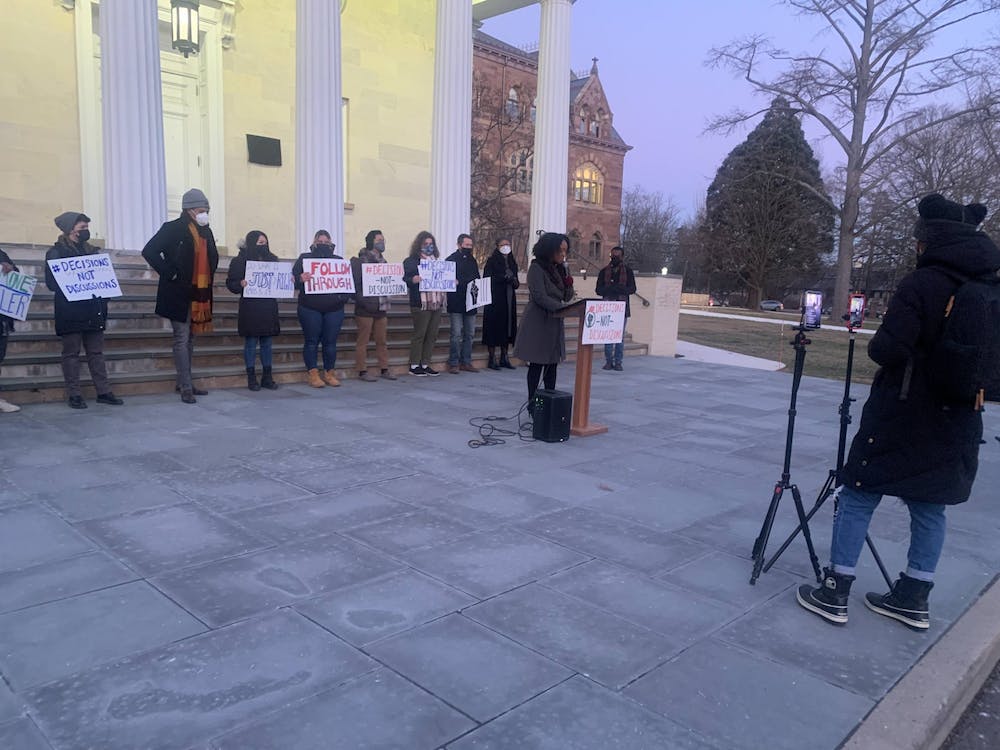