As the wrestling team trekked through the second weekend of its Ivy League schedule, it hoped to continue improving upon its encouraging but losing performances from the previous weekend. Although the final scores had not been favorable, the team had raised its competitive level significantly from last year.

But as was the case against Cornell and Columbia two weekends ago, the Tigers mustered only a few impressive individual matches en route to some substantial losses. Princeton was defeated by Harvard, 25-4, Friday, before falling to Brown, Drexel and East Stroudsburg Saturday.

Once again, Princeton could not break double digits in team points against any of its four opponents. The Tigers narrowly avoided being shut out by Harvard until freshman heavyweight Joe Rybacki defeated the Crimson's Scott Smider in the final match of the day.

"We came out extremely flat," head coach Michael New said. "We were just monotone. It wasn't a good performance."

Still, the Tigers showed promise of the team that they hoped to become in the next few years.

Last year against Brown, Princeton fell, 25-0, with three of the six matches that day lost by technical fall. It was one of the Tigers' four scoreless performances against Ivy League opponents during the 1996-1997 season.

This year, despite dropping a 29-9 decision to the Bears again, the Tigers won three of the first five matches and trailed only 10-9 after freshman Jared Weinfurtner's 10-4 win over Alan Kral in the 150-pound weight class.

"We've got eight, nine, 10 guys like that who just keep going out there and improving," New said. "Right now, we're learning to be the best wrestlers we can be."

In addition to the early lead against Brown, the Tigers were pleasantly surprised by sophomore Ryan Bonfiglio's 3-2 overtime win over the Bears' Alex Ottiano. Just a week earlier, Ottiano had defeated the nation's third-ranked wrestler in the 142-pound class.

Later Saturday, Princeton found itself in front of Drexel, 6-0, after wins by sophomore Marc Steyer and freshman Juan Venturi, before succumbing to the Dragons' heavier and more experienced wrestlers.

The Tigers have often found themselves mismatched this year for a variety of reasons, including their own inexperience, changing weight classes and the quality of their opponents. The freshman trio of Brian Foran, Justin Dodulik and Chris McLaughlin have switched between the 167, 177 and 190-pound weight classes all season long and have had difficulty finding a rhythm because they constantly face opponents of varying size.

Other members of the team have faced some of the country's best wrestlers. Cornell, Penn and Harvard are all ranked in the Top 25, and teams like Drexel and East Stroudsburg, which defeated Princeton, 35-6, Saturday, annually send their wrestlers to nationals at the year's end.

Bonfiglio's victory at Brown, along with the other fiercely contested wins and losses last weekend, marked the Tigers' progress in overcoming these mismatches.

New attributed this improvement to the team's overall will to succeed.

"One of our strengths is mental toughness," he said. "They just can't capitalize on all their opportunities right now. If they keep this up, we're going to be competitive in a year or two."

Having faced four of its five Ivy League foes, Princeton turns its attention toward an assortment of non-league teams who will likely pose similar challenges for the Tigers. Starting with Seton Hall and Millersville this weekend, Princeton hopes to continue garnering valuable experience for its young team.

"If these guys stay upbeat and up-tempo," New said, "anything can happen." 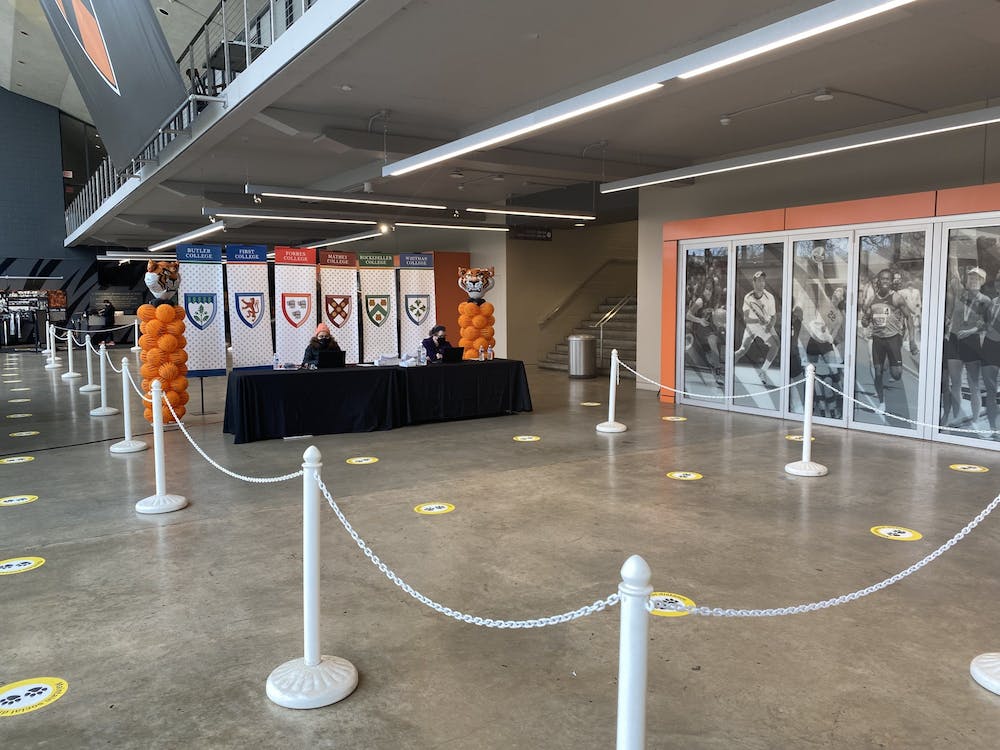 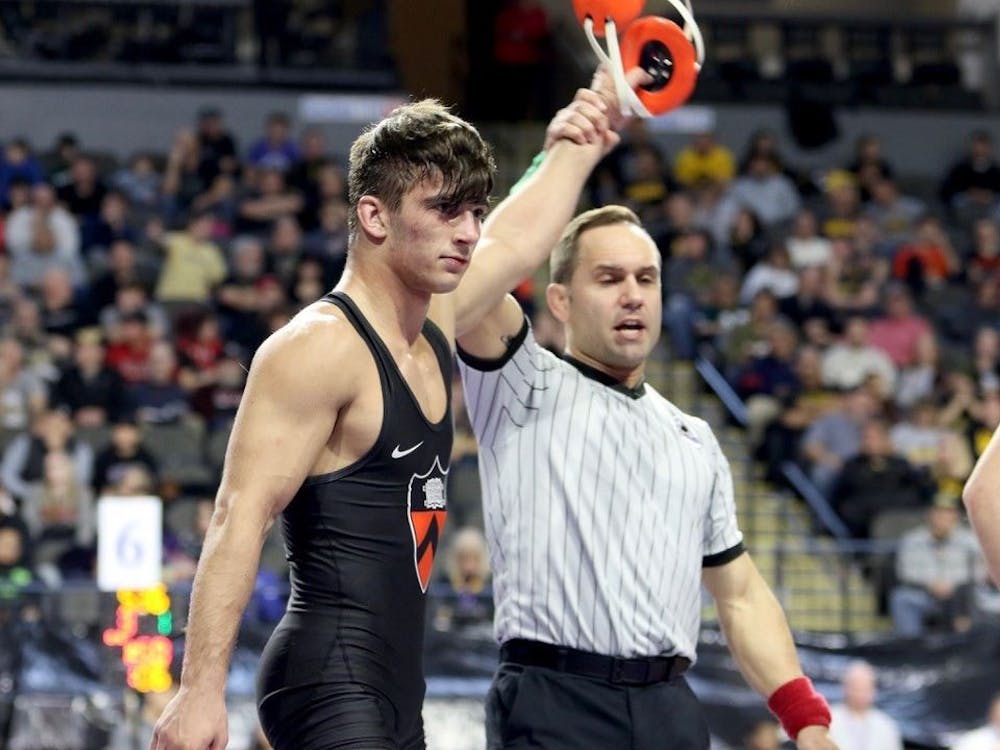 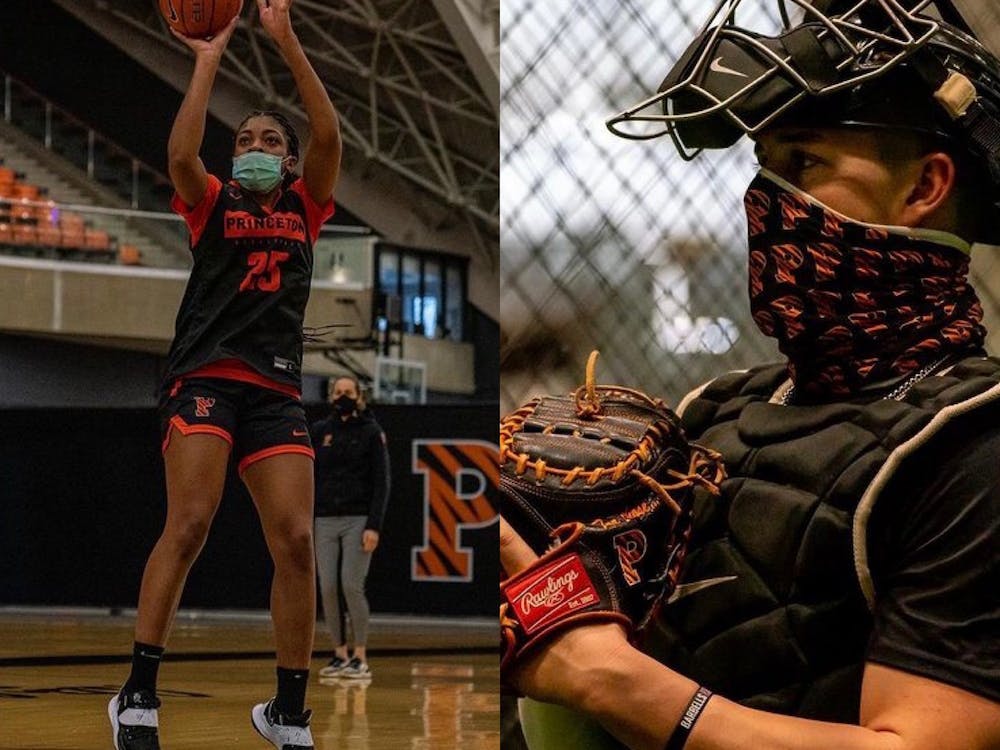