It would seem that the Ivy League is not the only group dissatisfied with U.S. News and World Report's system of ranking the nation's best colleges and graduate schools.

In a Feb. 18 press release, the American Association of Law Schools (AALS) called on U.S. News to stop its annual ranking of law schools, saying the survey has a detrimental effect on prospective applicants. The organization also published a report questioning the validity of the rankings themselves.

The report stated that "U.S. News does not consider many factors, such as the educational benefits of attending a certain school or the quality of its faculty, that are just as important as the ones it does include."

As it stands, the ranking system employed by U.S. News judges the schools in 12 areas, including academic quality and reputation.

According to the AALS report, 10 of the 12 criteria are "superfluous." It says that student selectivity, as measured by LSAT scores, "accounts for almost 90% of any differences." The report goes on to say that "comparing LSAT alone would result in remarkably similar rankings."

John Sexton, Dean of New York University's law school and one of the foremost critics of the rankings system, said there were essentially two problems with ranking schools.

"First, a ranking system inherently assumes that every applicant has identical needs and desires," Sexton said. "They are driven by a reputation-survey of persons who have little or no knowledge of what they are ranking," he added.

In a letter to Sexton, Anthony Kronman, dean of Yale Law School, which was ranked number one this year by U.S. News, expressed similar sentiments.

"The incompleteness and underinclusiveness of the method U.S. News and World Report employs narrows and distorts the range of values we want (Yale) Law School applicants to consider," Kronman wrote.

As a follow-up to the survey, the AALS sent a letter entitled "Law School Rankings May be Hazardous to Your Health" to 93,000 law school applicants. The letter was signed by the deans of 164 of the 180 American Bar Association-endorsed law schools including Yale, Stanford, Columbia and New York University, all of which were ranked in U.S. News's top 10.

The letter informed the applicants that "the key problem with all law school rating systems is that the final rankings are not based primarily on any hard or underlying data," and that "the range of performance among law schools based on most hard variables is actually fairly narrow."

One signature conspicuously missing from the letter was that of Robert Clark, dean of Harvard Law School. Clark could not be reached for comment yesterday, but Michael Chmura, news officer for the school, said that Clark had "no problem" with the content of the letter, but believed that applicants stood to benefit from multiple systems of rankings and evaluation of schools.

As an alternative to the U.S. News rankings, the AALS endorsed the Kaplan/Newsweek "How to Choose a Graduate School" guide, which does not employ a ranking system.

"Rankings tend to create a lot of hype," said Trent Anderson, a contributing editor for the Kaplan/Newsweek guide. "They overshadow other important factors that applicants need to consider."

In a related development, U.S. News announced Monday that it had incorrectly ranked Duke University Law School "because of failure by U.S. News and Duke to catch a mistake in information about the number of the law school's 1997 graduates employed at time of graduation."

The mistake was corrected, moving Duke into the top 10 and moving nine other schools by one place in overall rankings, as well as moving 11 other schools down by one spot in job placement ranking. 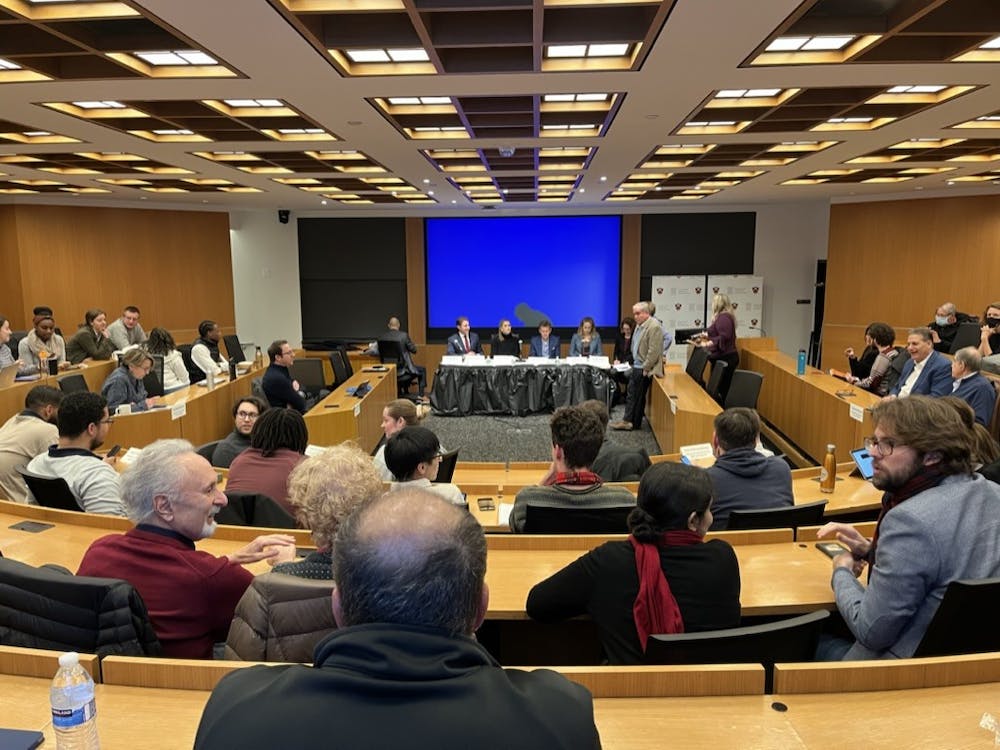