Letter to the Editor: Scientific misconduct at Princeton University

For a scientist, it is of crucial importance to secure a patronage either of the state or private sector to carry out research work and possibly to offer the world a new discovery or invention. Without this support, many ideas couldn’t be realized and many scientists would fail. The patronage bears, however, some risk of dependence on sponsors and of implementation for profit or power purposes. In striving for success, the scientist might be also tempted to sidestep the rules of ethical conduct. For this reason, medical doctors are obliged to take Hippocratic Oath and to reveal their conflicts of interest when publishing scientific articles. Other scientists like physicists, biologists, chemists, engineers or historians need not take any oath at all or reveal their conflicts of interest.

Cases of scientific misconduct that take the form of fabrication, falsification or plagiarism in academia occur even at universities like Harvard or in scientific journals like The Lancet. There have been proposals to introduce a global Hippocratic Oath for scientists, but they have been met without success.

Princeton University is not quite free from fraudulent activities, either. One case which the University appears not to have yet addressed sufficiently is the historical revisionism of history professor Jan Tomasz Gross. Gross claims that Polish society is culpable for the Holocaust while downplaying the culpability of Germans in the process. He hypothesizes first and then adjusts all the historical evidence to suit his hypothesis; moreover, much of his evidence originates from selected secondary sources, faked pictures or testimonies of victims tortured by security officers of the Soviet era. He is not diligent enough to thoroughly check the historical archives, especially the German and Russian ones. As the American historian Richard Lukas, author of “Forgotten Holocaust” puts it: “Gross makes the quaint observation that he asked two (German) scholars, both of whom allegedly familiar with German archives, about Jedwabne and neither of them heard of it.” Lukas later questions: “Does asking two colleagues about the subject replace the need to immerse oneself personally in critical documents, which are absolutely essential to prove one's allegations about what happened at Jedwabne?” The massacre of Jews in the Polish city of Jedwabne was organized by the German SS on the orders of Reinhard Heydrich. On July 10, 1941, the SS forced some of the Polish citizens to participate, and this event served as the basis for Gross’ novel “Neighbors” (2001), in which he accused the Polish Christians of brutally killing Jedwabne’s Jews. Gross stated in his novel that “half of the population of Jedwabne (1,600 Poles) murdered the other half (1,600 Jews)”. He repeats these claimscontinuously, the last time on March 10, 2016 in the “Financial Times” , although he should know by now that they are largely exaggerated and misinterpreted. His statement contradicts the commonly known results of the forensic investigation of the Polish Institute of National Remembrance (IPN), which concluded in 2002 that about 340 Jews were killed in Jedwabne, about 40 Poles participated in the massacre along with Nazis, and that the German Nazis were largely responsible for organization of the pogrom! The forensic investigations of the IPN had stopped, however, at the request of rabbis when German bullets were found at the scene of the crime. There are also Jewish sources about the Jedwabne massacre that Gross disregards, including the memoirs “The Warriors” by Harold Zissman and “Deliverance: The Diary of Michael Maik, a True Story”, by Michael Maik. Zissman confirms the fact that Germans, not Poles, were the main killers of Jedwabne's Jews: "Later on, some Jews who had fled Jedwabne for Derechin told us that when the Germans first entered their town, they had herded all the Jews into a barn and set it ablaze. Anyone who tried to get out was cut down by machine-gun fire."

Referring to Karl Popper’s falsifiability theory, described among others in David Goodstein’s “On Fact and Fraud: Cautionary Tales from the Front Lines of Science” we may conclude that Gross noticed a black swan in Poland and, without taking into account the historical context, he claimed that all swans are black!The aforementioned Lukas said about Gross: “He asserts that the testimonies he read should be accepted as ‘fact’ without first skeptically reviewing the material and seeking independent verification. That's quite a reversal of fundamental historical methodology!” It is not only Lukas who has challenged Gross’ scientific misconduct, but also historians like Piotr Gontarczyk, Norman Davis, Marek Chodakiewicz, Tomasz Strzembosz, Robert Nowak, the Chief Rabbi of Poland Michael Schudrich and many, many others. Even Pawe? ?piewak, the head of the Jewish Historical Institute in Warsaw and a long-time friend of Gross, fiercely condemned Gross’ distorted reports.

Gross’ historical methodology can be compared to the quality of that of Russian historian Jurij Muchin who glorified Stalin and claimed that the massacre in Katyn on Polish citizens during the Second World War was carried out by Nazis and not the KGB, or to American historian Guenter Lewy, who denied the genocide of Armenians by the Young Turks and relativized the American atrocities in the Vietnam war.

When Gross, a physicist and sociologist by education, turned to writing books lashing out at Poles as apparent Holocaust perpetrators, he enabled historical revisionism on a mass scale. Now, the German death camps of Auschwitz, Treblinka, Sobibor and Belzec in the then-occupied Poland are called in global media “Nazi camps” or “Polish death camps,” but almost never “German camps.” Gross is, intentionally or unintentionally, helping Germany dissociate the word “Nazi” from the word “German.” The fact is, however, that Poles were the first victims of Auschwitz and the nation lost more than two million native Poles during the war in addition to three million Polish Jews and one million Poles with other ethnic roots.

Professor Gross is a shocking example of how a person who violates scientific standards and who makes no real contribution to humanity (but usurps one) can hugely profit from medial and political patronage. Gross tries to extort a sense of guilt from Poles for isolated crimes or crimes they had never committed and to portray the whole Polish nation as complicit in the Holocaust. The truth is, however, that the rescue of Jews by Poles during the war was so widespread that Germans decided to impose a death sentence for any kind of help to Jews. The Polish government-in-exile, based in London, and the representatives of the Polish Home Army also introduced a death penalty for Poles betraying Jews to Nazi. The Polish Council for Aid to Jews (“?egota”) became one of the most active and dedicated organizations operating in the underground of occupied Poland. Two Polish heroes — Jan Karski and Witold Pilecki — delivered to the Allies evidence of the extermination of Jews occurring as early as 1942, but President Roosevelt did nothing to help them. In 1944, American military jets bombed factories a few kilometers away from Auschwitz, but were not able to bomb the tracks leading to the German death camp.

It is not understandable, then, why Gross chooses to intensify attacks on the Polish nation, which fought against German occupation on many fronts, at the same time that the Nazis in today’s Germany and the criminal acts inspired by the German right-wing parties are on the rise.

It seems absolutely necessary that Princeton University and other members of academia stop protecting Gross. The students of Princeton deserve first-class scholars, too, and not people who resemble the employees of the Ministry of Truth from George Orwell’s “1984.” And, Poland deserves that a historical legacy that is not distorted. A serious investigation of Gross’ fraudulent activities is needed now more than ever. Perhaps Princeton could follow the example of the National Committees on Scientific Dishonesty in Nordic countries, which are successfully cooperating and combating scientific misconduct. It will be indispensable in such a case that international cooperation is established and that Princeton and the US media invite Polish historians and give them an opportunity to express their opinions on the Polish-Jewish relations during the war (like Polish universities and media did in case of Professor Gross). Enhancing the peer-review practice in the area of history, commonly applied in the field of medical research, could be another measure to ensure honest historical reappraisal of the events that transpired during World War II. As long as it is not done, the publications of Gross and their factual mutations will be used as part of historical politics targeted against Poland, and Princeton students will lose the opportunity to learn the truth about Holocaust history.

Due to an editing error, an earlier version of this column did not clarify it was submitted as a letter to the editor. 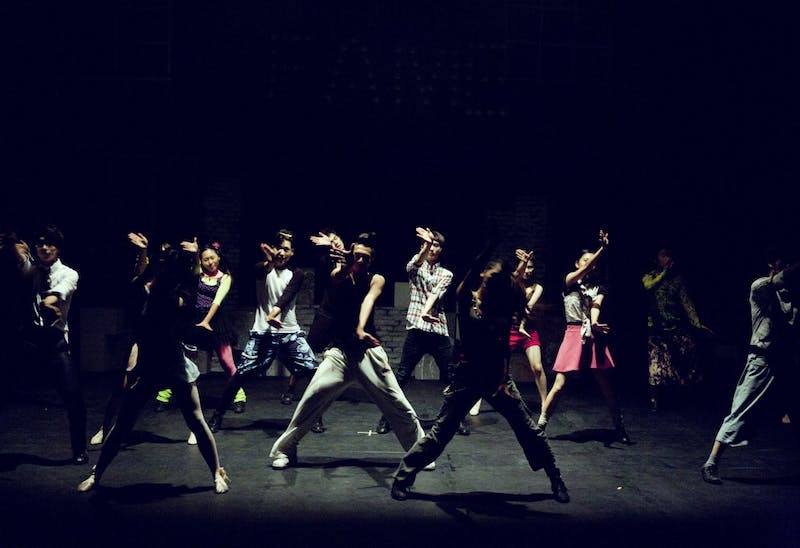 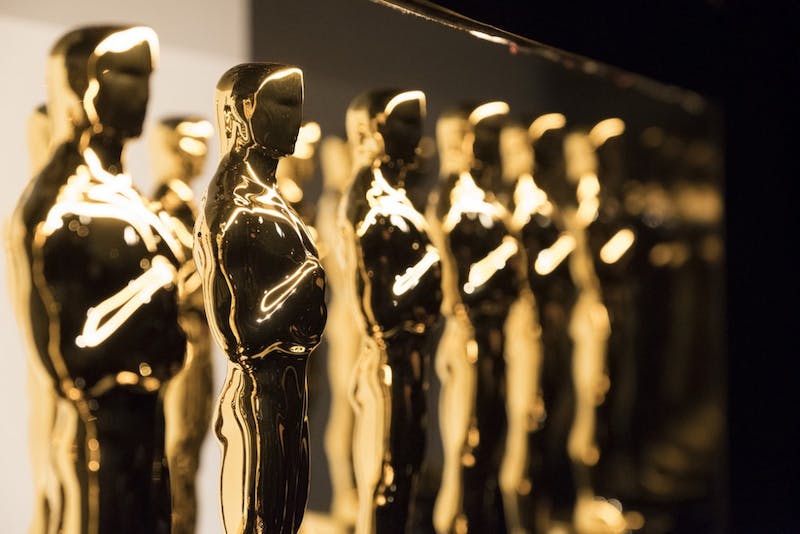 By Guest Contributors | 26 minutes ago

By Molly Milligan | 33 minutes ago